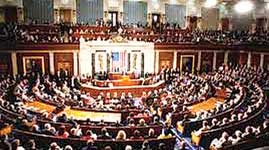 In the wake of a group of US Senators calling for the establishment of an independent international accountability mechanism to investigate wartime atrocities as well as other human rights abuses, another group of Senators is proposing a Truth and Reconciliation Commission (TRC), similar to the one set up by South Africa, to address grievances of those who had been effected by the Eelam conflict.
The first resolution dated February 6 was endorsed by five Senators (Richard Burr, Robert Casey, Patrick Leahy, Sherrod Brown, Barbara Boxer and John Cornyn, while the second resolution was moved by 11 Senators, namely James Inhofe (R-Oklahoma), John Cornyn (R-Texas), Orrin Hatch (R-Utah), John Barrasso (R-Wyoming), Roy Blunt (R-Missouri), John Manchin (D-West Virginia), Jeff Sessions (R-Alabama), John Boozman (R-Arkansas), Mike Crapo (R-Idaho), Susan Collins (R-Maine) and Mike Enzi (R-Wyoming).
The counter resolution was submitted on Thursday.
Both groups have urged the Obama administration to adopt, in dealing with Sri Lanka, a policy which reflected respect for human rights, democracy, and the rule of law, as well as economic and security interests.
The counter resolution noted that Sri Lanka was of great strategic importance to the US as well as other ‘significant powers’ and a key US partner in fighting against terrorism and Indian Ocean piracy.An authoritative government official told The Island that Sri Lanka greatly appreciated international support for its ongoing reconciliation process. The official pointed out that a section of the US Senators had taken into consideration the ongoing Sri Lanka-South African efforts to move the domestic process forward.
The counter resolution urged the United States Government and the international community to assist the government of Sri Lanka with due regard to its sovereignty, stability, and security, in establishing domestic mechanisms to deal with any grievances arising from actions committed by both sides during the war.
It encouraged the Government of Sri Lanka to put in place a truth and reconciliation commission similar to the one adopted by South Africa to help heal the wounds of war, taking into account the unique characteristics of the conflict and its aftermath. The resolution urged the government of Sri Lanka to improve religious and media freedoms and to bring to justice those responsible for attacks on journalists and newspaper offices as well as places of worship, regardless of religion.
Appreciating Sri Lanka’s efforts to create an environment conducive to conduct first Northern Provincial Council polls last September, the resolution noted the poll resulted in a clear victory for the provincial wing of the Tamil National Alliance (TNA).
The resolution stressed the importance of giving the Lessons Learnt and Reconciliation Commission (LLRC) process to continue, while highlighting key recommendations made by the Commission

By Shamindra Ferdinando
The Island