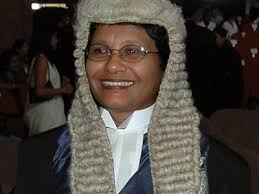 The Supreme Court this week ordered the payment of Rs 1 million in compensation to a man who was tortured by officers of the Bandaragama police station.

A Sub Inspector (SI), Constable, Sergeant and security assistant were personally ordered to pay Rs 125,000 each, to Chaminda Sampath Kumara from Walgama, Welimilla Junction. The State was instructed to pay the petitioner a further Rs 500,000, for and on behalf of the sixth respondent–Officer-in-Charge of Bandaragama police–whom the Court deemed had “totally failed to keep any control over the police officers and/or allowed them to do the wrongful acts, to the extent it was done at the Bandaragama police station”.

Justice Eva Wanasundera, P.C., held in her judgement that the respondents had violated Mr Chaminda Sampath Kumara’s fundamental rights. Justices Upaly Abeyrathne and H.N.J. Perera concurred. “The judgement significantly advances Sri Lanka’s jurisprudence on torture,” said Ermiza Tegal, who, along with Shalomi Daniel, represented the interests of the petitioner. “The Court’s response to the gravity and lasting mental consequences of torture is particularly important.”

“But, it is ironic, that such judgements do not result in prosecution of those guilty of torture,” she stressed.

“While judgments such as these send out a strong signal that torture will not be tolerated, at least by courts, Sri Lanka is far behind in ending impunity for torture and helping survivors recover.”

Sampath Kumara is a 31-year-old labourer with no previous conviction or complaint against him. He states that he was brought to the police station in October 2008, in relation to a complaint of burglary lodged by a woman in the area. Two cases were filed at the Bandaragama Magistrate’s Court but, was acquitted over lack of evidence.

However, Kumara was arrested again in May 2009 and taken to his house by SI Salwatura (first respondent). A search of the home yielded two gold pawning receipts. Kumara was taken to the police station. His clothes were removed, he was assaulted with a club and hosepipe and forced to eat “kochchi miris”. Later, crushed “kochchi miris” juice was poured into his eyes and nose.

Police claimed Kumara was being held on a detention order, but was not produced before a Magistrate even after six days. On May 27, 2009, police took his signature on a blank paper and took him before the Magistrate on housebreaking and theft charges. He pleaded not guilty and was granted bail.

That night, Kumara was hospitalised due to severe body aches and pains arising from the torture he had suffered. The sixth respondent, Charles Wickremesinghe, OIC of Bandaragama police, claims in an affidavit, that the petitioner had not complained to the Magistrate about inhuman treatment. Justice Wanasundera states in her judgement that, anybody tortured at a police station would be scared to complain to the judge “at such a time, when he was at the mercy of the judge and the police, to get bail”.

“If any human being gets tortured by the police at any time, the victim, by that time, has lost confidence of the whole system of justice in the country,” she observed, adding that, such a person would only want to live by getting away from the custody of police for the time being. “He would not be in his proper senses to think what could be done next. He would have suffered mentally and physically inside a cell, without anybody to give him food, drink or medicine or, to save him from the torture he was undergoing, for the period he was within the Police Station in the recent past, for whatever number of hours or days he was tortured,” she says.

“The victim of torture in the hands of the police, who was holding power over him perhaps, would never make up his mind to complain against the police,” the judgment states. “When a human being gets beaten on the body by another holding more power than himself, the first pain is the body pain and the second is the mental pain. I would analyze the mental pain to be much more than the physical pain.”

“The physical damage may be cured with the help of medical professionals and the medicine available at the time and era, when the physical damage is done to a ‘body’, but the mental damage is definitely not something which can be cured that easily,” Justice Wanasundera asserts. “If I were to say that mental pain can never be cured, that is a reality of life. Every time the human being who was subjected to torture of any kind, remembers the same, the mind projects the scenario in front of him. Then the tears and the pain that causes the tears, spring out of this body automatically, and no one could ever say when that horrible feeling would go away. The damage caused mentally, in reality, is therefore permanent for this life.”
Sunday Times