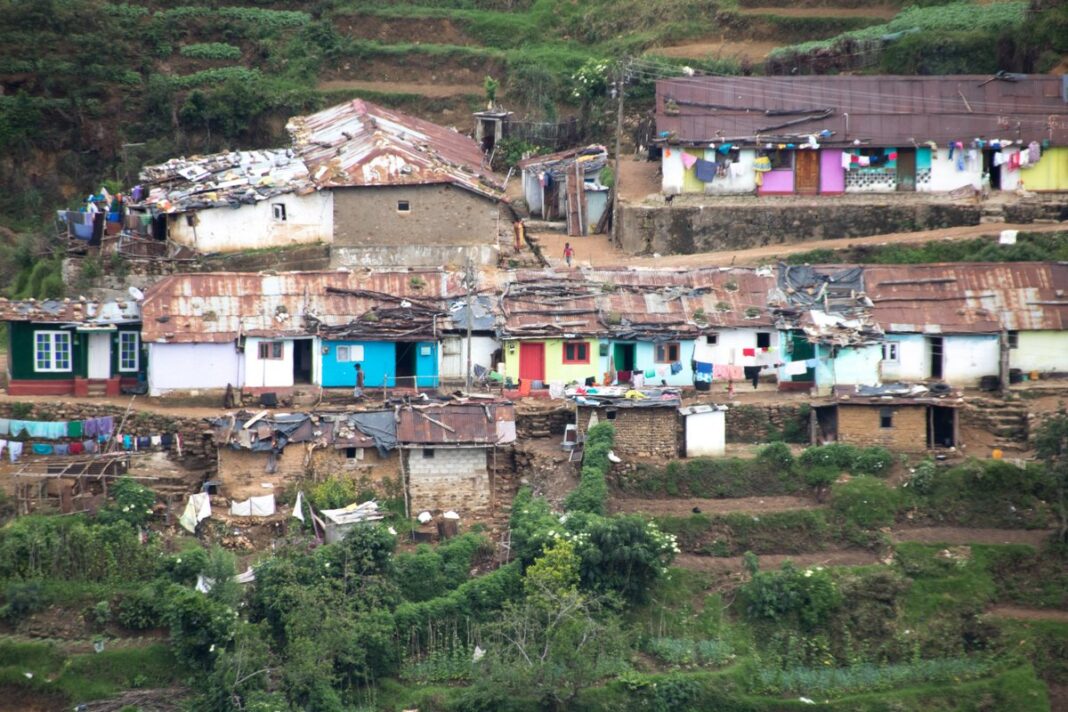 In his end of Mission Statement, the Special Rapporteur Tomoya Obokata has highlighted number areas of  contemporary forms of slavery exists in Sri Lanka.

Excerpts from the report:

Despite these efforts made by the government of Sri Lanka, serious concerns were raised with me during my visit. It is clear that contemporary forms of slavery still exist in this country and they particularly affect those in vulnerable situations, including children, women, ethnic, linguistic and religious minorities as well as older persons. The government must decisively step up its efforts in ending these practices by 2030 as a Pathfinder Country for Alliance 8.7.

Child labour is particularly severe in poor rural areas populated by ethnic minorities (e.g. Malayaha and Sri Lankan Tamils) where some children are forced to drop out of school and support their family.

During my visit, I learned that child labour continues to exist in Sri Lanka. It has been pointed out that an estimated 1 per cent of the total child population still engages in some types of work, most of which are regarded as hazardous. Girls and boys work in the domestic sector, in hospitality, cleaning, in the general service industry. Others are sexually exploited in the tourism sector.

Child labour is particularly severe in poor rural areas populated by ethnic minorities (e.g. Malayaha and Sri Lankan Tamils) where some children are forced to drop out of school and support their family.

Furthermore, I was informed that as a consequence of micro-financing schemes which mainly target marginalized women in rural areas, children under the age of 16 are forced to engage in child labour to repay debts.

I have also been made aware of instances of child marriage in the country. As the legal age of marriage under the law is 18, such marriages are commonly not formally registered. Child marriage particularly affects girls and as a result, they often drop out of school and become pregnant at an early age, perpetuating gender inequality and increasing their risk of being subjected to exploitation and abuse. In other instances, early pregnancy is followed by school dropout and cohabitation with the partner which underlines the importance of ensuring access to sexual and reproductive health at an early age and access to support services to teenagers especially in rural and estate areas.

Certain sectors such as the plantations, domestic work and the garment sectors, many of which are characterised by demanding working conditions, are predominantly occupied by women, increasing their vulnerability to exploitation and abuse.

I witnessed that women and girls are disproportionally affected by contemporary forms of slavery in Sri Lanka which is closely interlinked with significant levels of gender inequality, patriarchal attitudes and intersecting forms of discrimination. Certain sectors such as the plantations, domestic work and the garment sectors, many of which are characterised by demanding working conditions, are predominantly occupied by women, increasing their vulnerability to exploitation and abuse. In the plantations, women have to work twice as long than men to earn the minimal wage by plucking tea leaves. Targets are set by estate/plantation management whereby between 18-22 kilograms of tea leaves have to be plucked, depending on the plantation in question, in order to earn a daily wage of 1000 rupees. If they do not meet their target, their wages are deducted. Similarly, increasingly high targets in the garment sector put continuous pressure on the female workers. As a consequence, some even choose not to go to the bathroom in order to meet the targets. Such instances of exploitation have been confirmed by a large number of interlocutors, including workers themselves.

One of the main concerns raised with me by female and other interlocutors are that low wages do not seem to align with the rising cost of living in Sri Lanka. A monthly salary of USD 120-150, for example in the apparel sector, may not cover a family’s basic expenses, even if the salary is higher than the legally established minimum wage.

The system of micro-financing which I mentioned previously is another acute problem affecting in particular women from rural areas, many single-headed households.

Further, it appears that many micro-financing companies are connected to sub-recruitment agents who facilitate migration for employment abroad, including countries in the Middle East. These agents offer them incentive payments which are used to repay the loans, under the condition that the women concerned migrates abroad to work.

I was also made aware that members of the security establishment may be connected with micro-financing companies and therefore, complaints filed to the police do not proceed, which hinders women’s access to justice and remedies.

I am deeply concerned by the fact that the government has to date not taken any effective and  timely action in regulating and monitoring these exploitative micro-financing companies, with the result that they continue to operate unabatedly.

I also wish to say a few words about the Family Background Report (FBR) introduced by the Sri Lanka Bureau of Foreign Employment (SLBFE) in 2013: It includes a stipulation which bans prospective women domestic workers with children under the age of five years from migrating for work overseas.

As noted, during my visit I also assessed the labour conditions of internal migrants and the situation of returned migrant workers.

However, through meetings with migrant workers who have returned to the country, I was made aware of a number of gaps in the current system: Some women who worked as domestic workers in various destination countries reported instances of abuse and exploitation in the workplace, ranging from withholding of wages, long working hours and physical and/or sexual abuse. While the primary responsibility to address these abuses rests on destination countries, I am concerned about the inadequate support provided by Sri Lankan Embassies and Consulates. Not all officials are trained adequately, and I received reports of migrant workers being turned away after seeking assistance. While there are established shelters in some Embassies, these have been regarded as insufficien

I also wish to say a few words about the Family Background Report (FBR) introduced by the Sri Lanka Bureau of Foreign Employment (SLBFE) in 2013: It includes a stipulation which bans prospective women domestic workers with children under the age of five years from migrating for work overseas. According to information received during my visit, this has proved to be controversial due to the impact this regulation has had on female migrant workers and their families. The limitations for women with children under the age of five to migrate through regular channels has led to an increased risk of migrating through irregular pathways which increase exploitation and abuse. The regulation has also been perceived as gender-discriminatory and should therefore be revised.

Another issue is language. Despite the fact that Sinhala and Tamil are official languages of Sri Lanka, I have been informed that Tamil workers are often not able to report instances of abuses to the authorities such as the Police, as many Police officers only speak Sinhala and force them to file complaints in Sinhala.

I witnessed that in Sri Lanka, contemporary forms of slavery have an ethnic dimension. In particular, MalayahaTamils – who were brought from India to work in the plantation sector 200 years ago – continue to face multiple forms of discrimination based on their origin.

This has led to instances of servitude and other forms of exploitation and abuse. For instance, the major issue facing Malayaha Tamils in the plantation sector the inability to own land. This has forced them to live in so-called “line-houses” which were built during colonial times. I visited these houses during my trip to the Kandy district and am seriously concerned about their undignified living conditions. I was told that typically, 5-10 people have to share a small space of 10 x 12 feet, and many of the line houses do not have windows or a proper kitchen. Further, there is also a limited number of latrines, with the result that several families have to share one latrine. There is no running water and in some line houses, there is no electricity. While I am aware that some alternative houses are built (for instance, in cooperation with the Indian government), I was appalled to see that the inhumane and degrading living conditions in the line houses persist to the present day.

Another issue is language. Despite the fact that Sinhala and Tamil are official languages of Sri Lanka, I have been informed that Tamil workers are often not able to report instances of abuses to the authorities such as the Police, as many Police officers only speak Sinhala and force them to file complaints in Sinhala. This has been reported from various parts of the country. Many workers also do not have access to sufficient knowledge in a language they understand, as to avenues to seek justice and remedies for violation of their rights, including contemporary forms of slavery. I was told that this discourages victims to report instances of exploitation and abuse.

I also wish to raise the issue of caste-based discrimination which reportedly persists in Sri Lanka. In the Northern Province, for instance, many belonging to oppressed castes are not able to obtain suitable land to start an agricultural business and access to water and irrigation is limited. Also, instances of workplace harassment including the use of offensive language by individuals belonging to dominant castes, including public officials, have been reported to me. The prospect of promotion is said to be much lower for oppressed castes.  There are also regular instances of violence against members and communities belonging to oppressed castes. I was informed that the issue of caste is silenced and there is reluctance on the part of authorities and communities to adequately address this issue. I am concerned by these instances of discrimination and abuse towards the oppressed populations, as they limit the opportunity of members of oppressed castes to access decent work, thereby increasing the risk of contemporary forms of slavery.

During my visit, I was made aware that sex workers of all gender identities and sexual orientations are subjected to discrimination and stigma. They face an increased risk of exploitation and abuse, including at the hands of law enforcement officials. When it comes to law enforcement, sex workers are disproportionately targeted for arrest and prosecution, and middlemen including tuk tuk drivers and hotel workers, who charge a high amount of fees from sex workers, are not properly prosecuted and punished.

I urge the government of Sri Lanka to consider implementation of the following measures which would prevent and address contemporary forms of slavery in the country:

In conclusion I wish to reiterate that laws alone are not enough to protect all workers from forced labour and other forms of modern slavery. They have to be bolstered by action, supported by political will and enhanced with the necessary material and human resources in order to be effective. This focus on law enforcement has to be accompanied by effective protection and prevention measures.

I also believe that creating and maintaining an inclusive society is essential in securing access to decent work for all and end contemporary forms of slavery.

Read the full report as a PDF:OHCHR _ End of Mission Statement SP – contemporary forms of slavery 031221