Sri Lanka: Reparations Bill should not be used to sideline truth and justice – R. Sampanthan 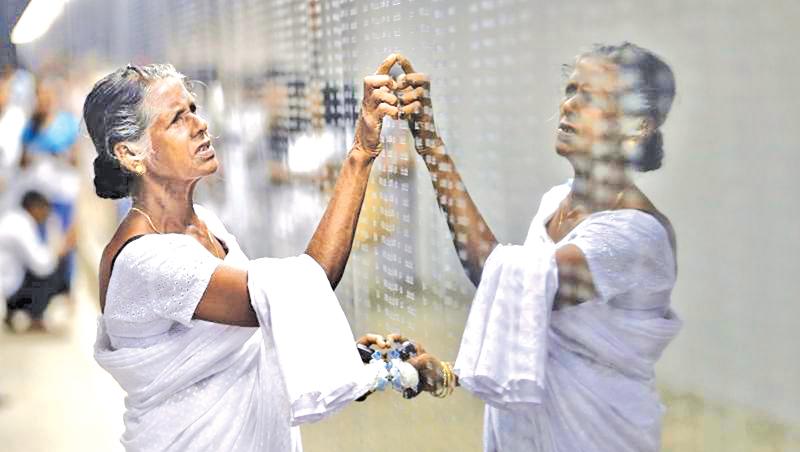 Thank you, Mr. Presiding Member. I would like to express a few views, Sir, on this Office for Reparations Bill which has come up somewhat belatedly. But we are all happy that it has come up. In fact, the Office on Missing Persons (Establishment, Administration and Discharge of Functions) Bill also was delayed considerably and passed but eventually not implemented for a long time even after being passed. But, subsequently, after the Office on Missing Persons was appointed, the persons handling that responsibility, I think, are doing their very best to be as effective as they can and we are grateful for that.

I would like to make a few comments in regard to this matter because the ascertainment of truth, the delivery of justice, the issue of accountability, reparations and non-recurrence are all fundamental components of the transitional justice process; process to bring about reconciliation on the basis of truth, justice and accountability in the country which has gone through several decades of armed conflict. This Bill is a very welcome feature, Sir, but it must not be used to sideline truth and justice. Truth and justice must always prevail. Even the issue of missing persons or the issue of reparations must be dealt with on the basis of truth and justice. The Office on Reparations should be able to formulate policies based upon truth and to ensure justice to all victims. That is fundamental.

I find certain provisions in the Bill which will enable the Government to play a role in regard to the implementation of whatever policies are formulated by the Office for Reparations. This must not be a matter that comes under the control of the Government, Sir. The Office for Reparations must have the freedom to act independently in this matter to formulate the required policies and be able to find avenues to offer reparation to persons who have been victimized. Youth have been victimized in a very large manner. What are the reparations that can be given? They must be empowered to acquire skills that will enable them to carry on their life in the future independently and as best as they can. There will be reparation that must be given to youth. People need to be economically empowered. People have been impoverished as a result of the war. There needs to be economic empowerment to the people to enable them to lead their life without deprivation or denial.

Land is a fundamental issue. Yet, land is being held by the military, by the armed forces. I know that after the present Government came into being substantial action has been taken and lands have been released in many places, but land still continues to be in the occupation of the military. People have lost their lands. People have been evicted from their lands. Displaced people, when they came back to their villages, have found that their lands are being occupied by other people or, they are unable to occupy the lands. Those lands must be released to those people. Reparation in regard to land is one of the fundamental issues that the Office for Reparations has got to handle. People affected by the war as a result of the war taking place in some parts of the country, the North and the East, have not been able to receive state lands. There have been no land Kachcheries; there has been no action taken to give lands to landless people. That must be done. The Office for Reparations must formulate policies to ensure that all problems in regard to land that victims of the war have faced, whether it be army occupation, whether it be the issue of land being denied to them, whether they are unable to occupy land to which they want to return because somebody else is occupying it, all these matters must be addressed on the basis of policies that are drawn out and implemented to achieve these matters.

The detainees – Tamil persons in custody

I also want to mention one other matter, Sir. The detainees, persons in custody, some have been convicted; some have not been charged; some have been charged and charges are pending. This matter has gone on for a long time. A number of persons are carrying out demonstrations and fasts in various prisons and various parts of the North and the East demanding the release of these people. Something needs to be done. A large number of people have been convicted purely on the basis of their confessions. In the case of a large number of people, the only evidence available against them is the confession they have made. There is no other evidence available against them. I have not been able to study the Counter Terrorism law that was tabled in Parliament, yesterday.

But I am told that under the Counter Terrorism law, confessions can no longer be admissible at the trial of a person charged with any offence. If confessions are being completely ruled out, and even the new Counter Terrorism law accepts that position, then the Government is obviously accepting the position that there can be no conviction, not even a charge based upon the confession. If that be so, the persons in custody, even persons who have been convicted, must be dealt with on the basis that they have been convicted on the confession which was the only available evidence, there being no other evidence against them, which the Government accepts now as a matter of policy is inadmissible, is invalid, is something that which Government policy would not permit to accept and is not in keeping with international norms. If that be the position Sir, I would appeal to the Government to take steps for the release of all these persons who are in custody based purely on their confession. Whether they have been convicted or charged and not convicted does not matter, but if the only evidence against them is a confession, then I would submit that they must be released and the Office for Reparations can play a role, in my view, should play a role, in ascertaining the truth in regard to this matter and taking steps with the Government to have these persons released.

Sir, we know after the Indo-Sri Lanka Accord in 1987 and during the JVP insurrection in 1971, 1988/1989, a large number of persons were released; some may not have been released, but a large number of persons were released. So, the same rule should apply in this instance Sir. These persons are in custody for long periods of time. Sometimes they have been in custody for periods of time longer than they would have been in custody if they were tried, convicted and sentenced. I do not think Sir, that should continue and that is also a matter which I think would come within the purview of the Office for Reparations.

The Office for Reparations must comprise of capable people who are able to formulate policies based upon the hardships, the denials, the deprivations that people affected by the war, victims of the war, have gone through and be in a position to address their needs and requirements, their necessities in all these areas in a comprehensive manner.