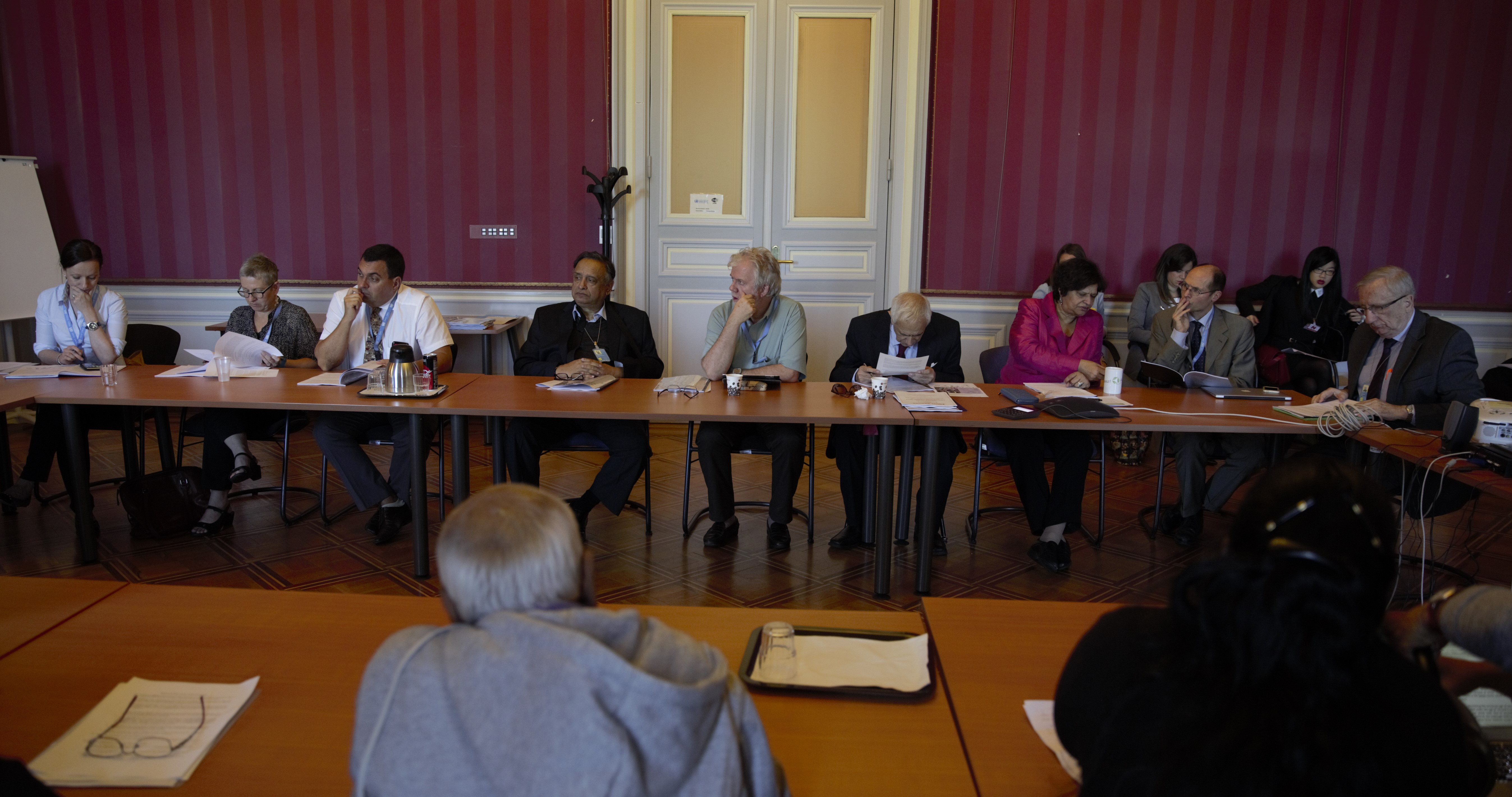 Image: Members of the CESCR at the briefing by Sri Lankan civil society activists. (c) s.deshapriya

Sri Lanka government has come up with plethora of excuses for no implementations of the  Official Language Policy in its reply to list of issues raised by the members of the Committee of Economic, Social and Cultural Rights.

The major obstacle according the Govt replies is lack of resources  and inefficiency in the government departments.

it is strange  that a government which spend  hundreds of millions of rupees for luxury vehicles and unused rented building says that there is not enough money to implement to  Official Language Policy which is so crucial to much needed reconciliation.

The 61st session of the CESCR is ongoing in Palais Wilson in Geneva.

The ext of the government reply  follows:

123. Dearth of translators in the country, specially for Sinhala/Tamil and vice versa.
• This is the key problem for the non-implementation of the recommendations issued by the Official Languages Commission to Government institutions to make available their details, public forms etc. in all three languages. This has given rise to communication problems in the respective medium with the institutions concerned in relation to written correspondence and direct interactions.

124. Scarcity of bilingual and trilingual officers in Government institutions
• Due to this reason most Government institutions are not in a position to provide services commensurate to the demand. The Government provides facilities for public officers to acquire proficiency in the second language and has made it a mandatory requirement for career progression. However, they fail to deliver services in the said language practically.

126. Unavailability and inadequacy of teachers who can teach Sinhala and Tamil languages for school students and public officers as their second language.

127. Problems associated with poor attitudes in some officers towards learning and practicing the second language. The social background, educational background etc. affects the learning of second language and the provisions of financial allowances, rule and regulations have not been sufficient to encourage public servants to render language services effectively.

128. Lack of financial provision to certain entities to fulfill the requirements related to the official languages policy such as the preparation of trilingual name boards, obtaining translation services etc.