Sri Lanka: Progress slower; but the foundations for the progress now in place – EU delegation 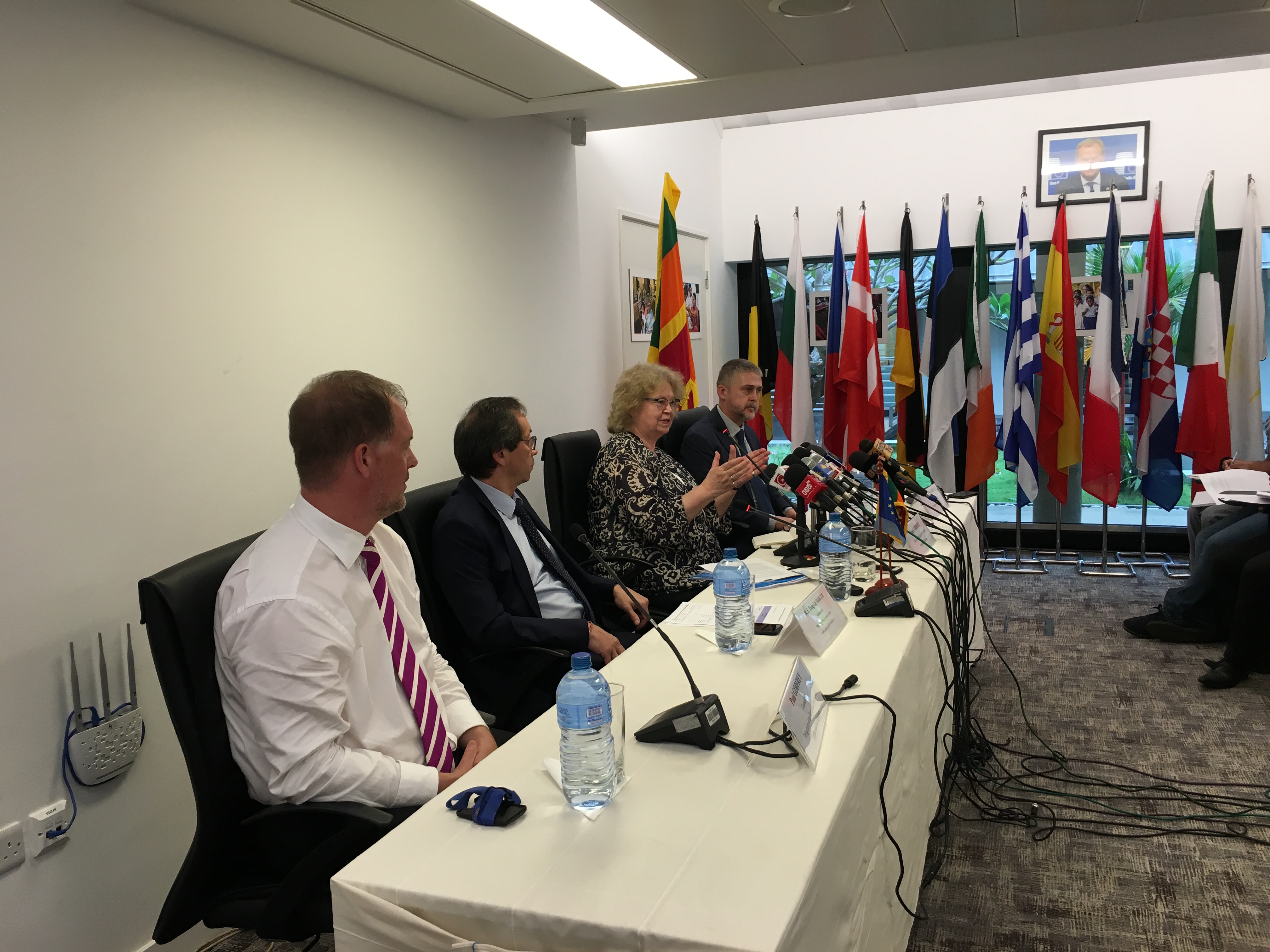 Issuing a statement on behalf of the visiting European Parliamentary Delegation for Relations with the Countries of South Asia, EU- Sri Lanka has expressed concern that the progress achieved has been slower than originally hoped. At the same time the statement says that  t the foundations for that progress were now mostly in place.

The visit provides Members of the European Parliament (MEPs) with an opportunity to inform themselves on developments since their last official visit in 2016 and to discuss issues of common interest with the Sri Lankan authorities. The delegation visited the Northern Province on 1 November and met with the Governor and civil society representatives.

They also visited an EUfunded resettlement site and held discussions with some of those who have resettled.

The delegation of the European Parliament welcomes a number of positive developments that have taken place since their last official visit, such as the decision to readmit Sri Lanka to its preferential trade programme GSP+ and the lifting of the ban on Sri Lanka’s fisheries exports to the EU market. These measures will create more job opportunities and foster bilateral trade.

However, MEPs have underlined during their discussions that GSP+ was granted as an incentive for the reform process that the Government of Sri Lanka has embarked on. MEPs also clarified that a condition for the European Parliament not to oppose the granting of GSP+ was to follow closely the implementation of the 27 international conventions on human rights, good governance, labour rights and environment.

MEPs expressed concern that the progress achieved has been slower than originally hoped, but that the foundations for that progress were now mostly in place. The Chair encouraged the Government of Sri Lankan to pursue their deliberations on constitutional reform with a view to further strengthening the protection of human rights, democracy and the rule of law, and, of course, the process of national reconciliation.
(Issued by EUinSriLanka on behalf of the European Parliamentary Delegation for Relations with the Countries of South Asia during an official visit to Sri Lanka from 31 October – 3 November 2017)