Sri Lanka: Pillay report next week: Western powers likely to base resolution on it 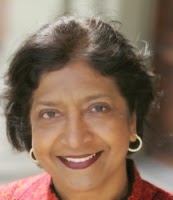 Even the help of deities is being sought to defeat the latest United States backed resolution on Sri Lanka at the UN Human Rights Council in Geneva next month. President Mahinda Rajapaksa flew from Colombo to Nuwara Eliya in his Air Force helicopter on Friday to take part in a special Pooja according to Hindu rites.
……..
The religious event came as the US and a core group supporting it including Britain and Canada (though not a member of the UNHRC) were locked in consultation on the text of the draft resolution. It is being based largely on the recommendations of the report to be presented to the Council next week by UN Human Rights High Commissioner Navi Pillay. The Sunday Times (Political Commentary) last week revealed exclusively the recommendations made by Pillay.

Though a detailed response to her report has been forwarded by the Government after her report was forwarded for comment, according to diplomatic sources in Geneva, there would be no change in the recommendations she has already made. Her report is to be made public next week.

Pillay also made 12 different recommendations to the Government of Sri Lanka. Among them, she made a call “to finalise laws dealing with incitement to hatred, witness protection, the right to information, the criminalisation of enforced disappearances, in line with international standards, and revise existing laws to bring them into line with International Human Rights Law.” She also called for the repeal of the Prevention of Terrorism Act. She said perpetrators of attacks on minority groups, media and human rights defenders should be arrested, prosecuted and punished.

US Assistant Secretary of State for Central and South Asia, Nisha Desai Biswal, who was in Sri Lanka early this month has also met South African (Abdul Minqi) and Indian ( Asoke Kumar Mukerji) envoys in Geneva to brief them on issues related to the resolution. This was en route to Washington DC after her visit to Colombo with a stop-over in London.

Whilst lobbying of some member countries of the UNHRC continued this week, the Government also despatched a delegation to South Africa “primarily in relation to the South African Truth and Reconciliation Commission.” An External Affairs Ministry (EAM) statement in Colombo on the eve of the delegation’s departure said the two-day visit was with the “aim of understanding the manner in which that exercise can help Sri Lanka’s own reconciliation process, following the defeat of terrorism.”

He said “they are coming to share our experience” and added that “co-operation of both the Government and the TNA is needed to resolve the problem.” Ebrahim has visited Sri Lanka in the past months for talks with government leaders on South Africa’s offer of help set up a Truth and Reconciliation Commission.
His remarks make clear that the initiative, after President Jacob Zuma’s State of the Nation address to the South African Parliament last week, was entirely from Colombo. Zuma announced that Cyril Ramaphosa, Vice President of the African National Congress (ANC), would be the special envoy for Sri Lanka and South Sudan on peace and reconciliation issues.

UPFA Government sources say the delegation’s visit would bolster Sri Lanka’s position at the UNHRC that measures towards reconciliation have in fact been taken with the Government giving consideration to a Truth and Reconciliation Commission (TRC). Ebrahim was also quoted as saying that South Africa has not taken a decision still about voting in Geneva. The BBC’s Sinhala service widely broadcast in Asia had a Q&A with Tamil National Alliance (TNA) Parliamentarian M.A. Sumanthiran. It said:

TNA not interested this time
Sumanthiran: The Sri Lankan Government takes part in various process and then leaves them. Now with the impending resolution in Geneva the Governemnt is trying to show interest in the South African efforts in reconciliation and show to the international community they are keen on reconciliation.
BBC: There is an invitation to the TNA as well from South Africa. Will you take part?

Sumanthiran: If we get such invitation we can discuss. We have not discussed this and we have not taken any decision.
BBC: Do you say that the visit to South Africa is an attempt to reduce the strength of the resolution

Sumanthiran: Yes, that’s what we say.
BBC: You say the purpose of the visit is to dilute the proposed resolution against Sri Lanka. In that case do you also say South Africa is also involved in it?

Sumanthiran: No, I do not say that.
BBC: When we spoke to South African Minister Ebrahim Ebrahim, he said that an internal solution would be better than an international solution.

Sumanthiran: Yes, if such solution could be brought about, it would be better. But we do not see any such solution coming.
BBC: Do you believe that the intervention of South Africa would be a success?

Sumanthiran: We will support anybody’s intervention as we believe that a solution is necessary. However we will not allow anything to harm our community.

The upcoming US resolution was also discussed at a Friday night meeting of the Tamil National Alliance (TNA) parliamentary group. TNA parliamentarian M.A. Sumanthiran briefed members about his meetings with Colombo-based diplomats. Jaffna District MP Suresh Premachandran raised issue over resolutions being moved by the Northern Provincial Council. He said some of them could be beyond the brief of the NPC and asked that some safeguards be adopted. He proposed an Advisory Committee to go into such resolutions before they were moved. Issues at different local bodies in the North were also discussed. He also raised the issue of the Government not complying with different assurances given to them.

TNA leader Rajavarothaym Sampanthan told the Sunday Times that the setting up of a TRC, as part of reconciliation, “was mooted two years ago. Both the Government and the TNA delegations visited South Africa. Yet, the Government did not show any interest.”

Even the main opposition United National Party (UNP) is not in favour of a TRC. Its leader Ranil Wickremesinghe told a meeting of party seniors this week that the Government should first implement the recommendations of the Lessons Learnt and Reconciliation Commission (LLRC). “It (Government) will also have to restore the 17th Amendment to the Constitution and allow the passage in Parliament of the private member’s motion setting out guidelines for the impeachment of Judges,” he added.

The Janatha Vimukthi Peramuna (JVP) also distanced itself from the TRC. Its Propaganda Secretary Vijitha Herath said, “Soon after the separatist war ended in 2009, it was the JVP which made a proposal that a Truth and Reconciliation Commission should be set up. It is almost five years now. The Government has taken much too long a time on this. However without any further delay it can start the process. If the Government had acted on this earlier, the people who suffered from the war would have won some relief. We would not be under international pressure. It seems the Government has now gone to South Africa as it is under pressure. Even if it appoints a TRC, it should be able to complete the process in six months. Otherwise the problem will be aggravated and we will be under more international pressure.”

The Government’s delegation to the UNHRC is yet to be finalised. The only certainty is the fact that External Affairs Minister G.L. Peiris will head it. Others  are yet to receive Presidential approval. Thus Presidential spokesperson Mohan Samaranayake’s announcement last week that Minister Mahinda Samarasinghe would be a member remains unconfirmed. Samarasinghe, who is also the President’s special envoy on Human Rights, and a veteran of UNHRC sessions in Geneva having taken part on six previous occasions, if included, would serve as only a member. He had previously headed Sri Lanka delegations. Highly placed Government sources believe Samarasinghe was likely to be called upon to represent Sri Lanka at the Inter-Parliamentary Union Assembly in Geneva from March 16 to 20. The sessions will see a general debate on The IPU at 125 as well as hear a report of the Standing Committee on United Nations Affairs.

– From the political column, The Sunday Times