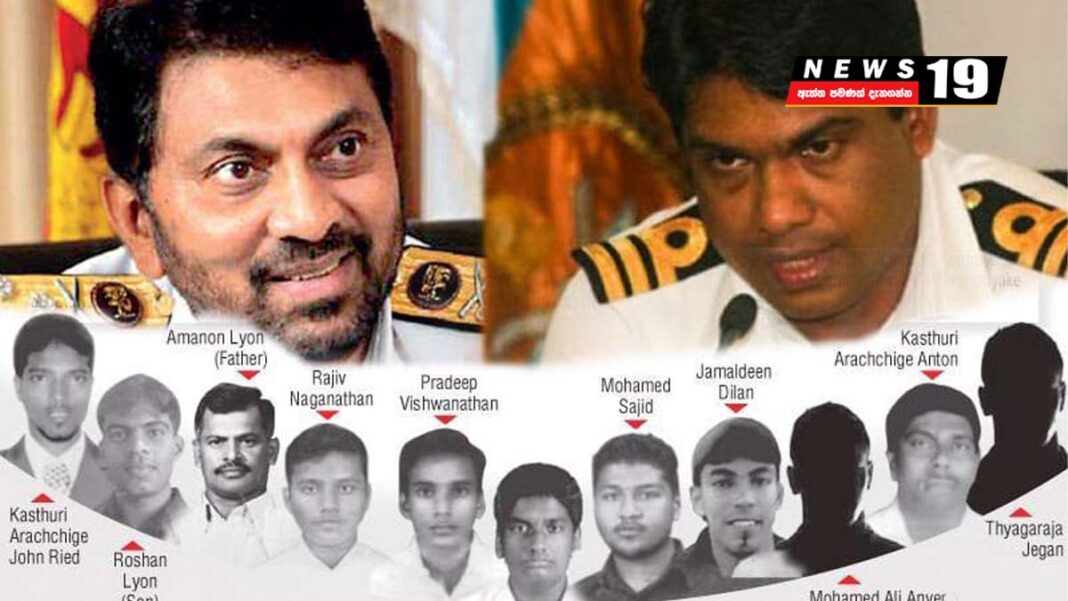 This week the Attorney General informed the Court of Appeal that his Department had decided to drop its indictments against former Navy Commander, Admiral of the Fleet Wasantha Karannagoda, who was previously named as an accused in a case concerning the abduction, extortion and murder of 11 Tamil civilians. The abductions for ransom occurred in 2008-2009 when Karannagoda served as Commander of the Navy. Under Attorney General Dappula De Livera, the AG’s Department had indicted several high-ranking Sri Lanka Navy officers on charges of abducting and murdering the 11 young Tamil men.

“In its gruesomeness and cruelty, the Navy 11 case is without parallel. In no other case investigated by the CID about atrocities during the 2005-2014 era, has such sordid detail emerged about the nature and operational aspects of the crime.”

The ‘Navy 11 case’ as it is better known has come to be regarded as one of the most emblematic of impunity within the Sri Lankan criminal justice system. The case is unique, in that the witnesses and the accused are past and serving members of the Sri Lanka Navy. While Karannagoda commanded the country’s naval forces, a group of officer racketeers were using the fog of war to abduct wealthy Tamil and Muslim youth and then extort their parents for money and gold.

CID investigations found that the young men were held at the Navy prison in Colombo known as the ‘pittu bambuwa’ and in subterranean detention cells under a famous hillock known as Gunside, deep inside the Sri Lanka Navy’s Eastern Command Base in Trincomalee. Witnesses have seen the abducted boys inside the Trinco cells, and investigators concluded that after their Navy captors extorted ransom from their parents, they killed the boys and threw the bodies in the ocean.

In its gruesomeness and cruelty, the Navy 11 case is without parallel. In no other case investigated by the CID about atrocities during the 2005-2014 era, has such sordid detail emerged about the nature and operational aspects of the crime. While the ringleaders of the racket were Navy personnel at mid-level and junior ranks, Karannagoda as the 14th Accused, was implicated for having knowledge of the crime and its cover-up.

The AG’s announcement that he would withdraw the charges against Karannagoda comes amidst growing international pressure on Sri Lanka to end impunity for human rights crimes. In March 2021 the UN Human Rights Council mandated the Office of the High Commissioner for Human Rights to “collect, consolidate, analyse and preserve information and evidence and to develop possible strategies for future accountability processes”. According to the latest report by High Commissioner Michelle Bachelet, this evidence gathering process has already begun.

While the wheels of international justice have already begun to turn, the Sri Lankan Government has repeatedly claimed that the domestic judicial system can handle these emblematic human rights violations. If the original indictments had been allowed to proceed, the Navy 11 might have proved an illustration of this commitment to justice via the Sri Lankan Court system. Abduction, extortion, and murder are crimes that are in the country’s statute books, with punishments for these crimes contained within the Penal Code. This is not the case for crimes committed within the theatre of war, including violations of International Humanitarian Law.

Yet, the Karannagoda fiasco has demolished the Government’s claims about the local justice system and its capacity to deliver justice to victims. Instead, by its actions to extend immunity to a military officer within the President’s inner circle, the Gotabaya Rajapaksa Administration has strengthened the case for international jurisdiction for crimes committed in Sri Lanka.

Ironically it was only last month at the United Nations in New York that President Rajapaksa spoke of the necessity to foster ‘greater accountability, restorative justice, and meaningful reconciliation through domestic institutions’ and Foreign Minister Peiris spoke against the establishment of an evidence gathering mechanism by the UN Human Rights Council claiming that that “domestic processes are vigorously addressing the relevant matters”.

All such statements to the world of the aptitude of the ‘domestic processes’ is being severely undermined by none other than the Attorney General, when he of his own volition has decided not to pursue justice within the Sri Lankan criminal justice system.