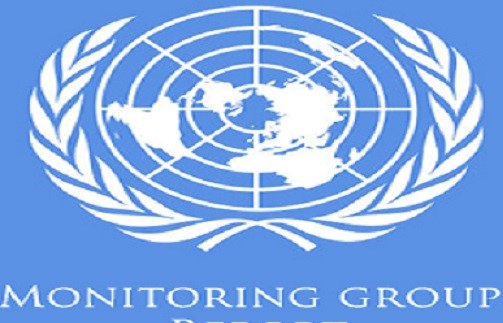 The Northern Provincial Council (NPC) has passed a resolution calling upon member countries of the UN to conduct a UN monitored referendum in the North-East region of the island to determine the political preference of the Tamil speaking people towards finding a permanent political solution.

Recalling that the March 2011 Report of the UN Secretary General’s Panel of Experts on Accountability in Sri Lanka stated that there were credible allegations that war crimes and crimes against humanity were committed during the final stages of the armed conflict between the Government of Sri Lanka and the Liberation Tigers of Tamil Eelam, and there could have been as many as 40,000 Tamil civilian deaths;

Emphasizing that according to the November 2012 Report of the UN Secretary-General’s Internal Review Panel on UN Action in Sri Lanka, over 70,000 people were unaccounted for during the final phase of the war in 2009;

Recalling that the Government of Sri Lanka was a cosponsor and signatory to the Resolution 30/1 titled “Promoting reconciliation, accountability and Human rights in Sri Lanka” at the UNHRC session in Geneva in September 2015, inter-alia proposing the establishment of a judicial mechanism with a special counsel to investigate allegations of violations and abuses of human rights and violations of international humanitarian law, as applicable; and affirmed that a credible justice process to include independent judicial and prosecutorial institutions led by individuals known for their integrity and impartiality; and also affirmed in this regard the importance of participation in a Sri Lankan judicial mechanism, including the special counsel’s office, of Commonwealth and other foreign judges, defense lawyers, and authorized prosecutors and investigators;

Emphasizing that the Government of Sri Lanka has not only failed to take any meaningful steps towards implementing the Resolutions 30/1 and 34/1, but also the President, the Prime Minister, and the senior members of the government are on record to have stated that they will not fully implement the Resolutions;

Recalling that the political conflict between the Sinhalese and the Tamil speaking peoples in Sri Lanka has been escalating since the independence of the Island from the Great Britain in 1948, and the root cause of the war was the political conflict which has so far not been addressed properly despite numerous attempts;

Since Sri Lanka is still unwilling to fully implement the UNHRC Resolutions 30/1 and 34/1, and if Sri Lanka fails to fully implement the said Resolutions before March 2019, this Council calls upon the Member Countries of the UNHRC to refer Sri Lanka to the UN General Assembly and to the UN Security Council to be referred to the International Criminal Court or to a specially created international criminal tribunal set up by the UN;

This Council calls upon the UNHRC to appoint a UN Special Rapporteur for Sri Lanka, to monitor the plight of the war affected Tamil speaking people, disappeared persons, political prisoners, continued arbitrary detention under the Prevention of Terrorism Act, presence of large un-proportionate number of Sri Lankan security forces in Tamil areas, and the occupation of private lands by the Sri Lankan security forces in the North-East region of the Island;

This Councils calls upon the UNHRC to urge UN to impose military sanctions on Sri Lanka, until substantial progress is made in this regard;

This Council calls upon all member countries of the UN to deny entry visa to Sri Lankan military personnel implicated in the war crime, and explore other avenues, including the application of universal jurisdiction as proposed by UN High-Commissioner for Human Rights in his Annual Report dated 26 February – 23 March 2018;

Since Sri Lanka has failed, and is unwilling to offer an equitable political solution to the Tamil speaking people, and failed to take adequate measures to prevent the recurrence of the past violence, this Council calls upon the member countries of the UN to conduct a UN monitored referendum in the North-East region of the Island to determine the political preference of the Tamil speaking people towards finding a permanent political solution. (Colombo Gazette)