Sri Lanka: No evidence of an abduction of Swiss embassy employee : CID 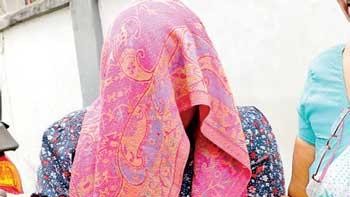 The CID yesterday informed Colombo Chief Magistrate Lanka Jayaratne that there was no evidence to show any connection to an alleged abduction of the Swiss Embassy employee Garnier Banister Francis.

The CID in its report said it was revealed from the statement given by Ms Francis to the CID that there had been no such incident near St. Bridget’s Convent even though she had told the embassy officials that the alleged incident happened there. It said Ms. Francis had informed the CID that on December 8 and 9 that the alleged incident had occurred near the Palmyrah Court Apartment in Kollupitiya The CID said according to its investigations so far, no evidence has been revealed about any incident at No:20,2/2, Palmyrah Court, Palmyrah Avenue, Colombo 03 as claimed by her.

It said a further statement would be recorded because they needed to be thoroughly investigated. The CID said it had been unable to record her full statement on December 8 as she had fainted twice while giving her statement and that investigations into the incident were still in progress and that it had not completed recording her statements. The CID said during the recording of the statement, the suspect had given her statement in the hearing of the embassy doctor and embassy officials, who were close by and that it needed to record a statement from two other individuals whose names were revealed from her telephone details which includes another embassy official.

No evidence to show that the alleged incident had occured near St. Bridget’s Convent even though she had told the embassy officials it had happened there.