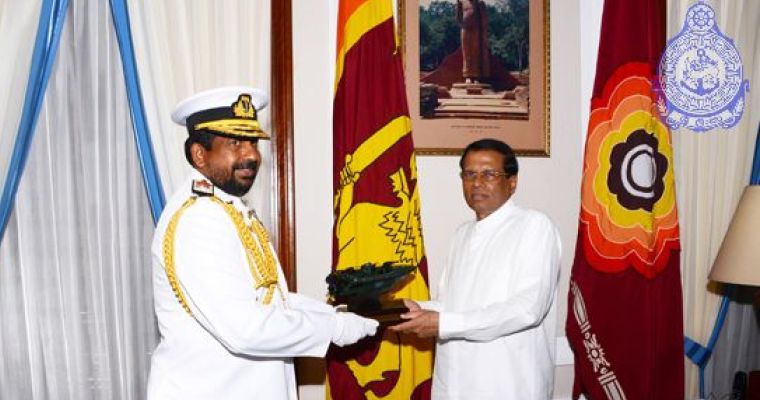 Navy Commander Vice Admiral Ravindra Wijegunaratne has been accused of protecting a Navy officer who is alleged to have been involved in the abduction of two Tamil civilians in Kotahena during the height of the war.

The Criminal Investigation Department (CID) had unearthed details of an abduction carried out by Navy officials which had been swept under the carpet by former Senior DIG Anura Senanayake who is now in remand custody for concealing evidence in the Wasim Thajudeen murder case.

Loganathan and Rathnaswamy had been abducted by the Navy on January 11, 2009 on their way to Wattala and the vehicle in which they were travelling had been found in a building that housed the Navy intelligence officer’s quarters at the Navy Gemunu Base in Welisara.

According to defence sources, the OIC of the Gang Robbery Bureau of the CID, Nishantha Silva, who was conducting investigations against the abduction of the 11 students, had received information that parts of a vehicle had been hidden in a secret safe house at the Navy Camp Welisara.

“Based on that information, the investigation officer with a court order had found out the hidden parts of a vehicle which later confirmed to be the vehicle in which the two Tamil civilians were travelling at the time of the abduction. It is said that these Tamil persons had been in possession of more than 15 gold sovereigns,” sources said.

During the investigation, it had revealed as to how the inquiring officer SI Wijesinghe of the Colombo Crime Division (CCD) was not allowed to record the statement from the wife of Loganathan by Anura Senanayake.

“Wijesinghe was stopped from recording the statement and this allowed SI Hettiarachchi who was on probation to record the statement. If Anura Senanayake did not interfere with the inquiry and later with the investigation, the CCD officers would have carried out a full investigation at that time itself. After the CID took over the case from the CCD last year, the investigators have found out how the Navy officers were using the two telephones that belonged to Loganathan and Rathnaswamy,” sources claimed.

Meanwhile, it had come to light as to how the then Director Intelligence, Sri Lanka Navy, Ananda Guruge, who is accused in the eleven students abduction in 2008, is also involved in this and that a few navy officers had given their statements to the CID in this regard, according to the ‘B’ report filed in Colombo Magistrate Court by the CID.

Lt. Commander Mapa, who was the Director Intelligence Welisara Navy Camp at the time Loganathan’s vehicle was brought and dismantled into 72 pieces and hidden in a safe house, had been taken into custody and the Navy officer Dayananda, against whom credible evidence had been gathered for his involvement in the abduction and also using the two mobile phones that belonged to the victims, is being protected by the present Navy Commander.

“The CID had written to Navy Commander Ravindra Wijegunaratne to produce him in courts but over the past three months, the Navy Commander has failed to do so,” sources alleged.