Sri Lanka must no to through another round of violence 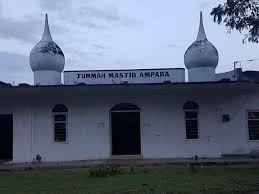 Sri Lanka is still in a post-war phase in which the wounds and traumas of the past three decades of violence and war have still not been healed. The violence directed against Muslim-owned shops, mosques and vehicles in Ampara is a continuation of a process of fueling tension, suspicion and hatred between communities.  The anti-Muslim propaganda focuses on the growth of the Muslim population and its expansion into areas inhabited primarily by members of other communities.  Those who foment violence against the Muslim community are citing unfounded allegations of introducing birth control and other drugs into food packets.

Incidents of violence against the Muslim and other minority communities are both political and systemic.  These are often engineered citing fear, distrust and insecurities and the building of enemy images of the victim communities.  Until the national political leadership takes firm and determined action at this time there is an increasing likelihood of Sri Lanka a new cycle of communal violence that will become uncontrollable. A similar phenomenon was seen, with dreadful consequences, in the early 1980s when communal sentiment was directed against the Tamil which culminated in the anti-Tamil pogrom of 1983.

After enduring three decades of civil strife and internal war, and now having to answer to the international community at the UN Human Rights Council in Geneva, Sri Lanka must not go through another cycle of violence which targets Sinhalese, Tamils or Muslims. In particular we need to remember the Muslim community has international support in many parts of the world including the Middle East, North Africa, South and South East Asia.  This has been a source of strength to our country in many forms, including the provision of employment.  It is the responsibility of the government and opposition to be aware of these realities and take immediate action prevent false propaganda and violence against the Muslim community spiraling out of control.

The National Peace Council calls on the national political leadership, both in government and opposition, to come out in unanimity against the present polarizing process and not to seek to politicize it for their own advantage.   We note that the leaders of the Muslim and Tamil political parties have already condemned these incidents and made calls to the government to take deterrent action.  However, the paucity of government and opposition leaders making similar calls is most disturbing.  We fear that unchecked this type of activity will gather momentum, and due to lack of adequate response, will become entrenched.

We call on the government and state institutions, especially the police, to take immediate deterrent and punitive measures against the miscreants and those giving them political and ideological backing. The false propaganda which is spread through word of mouth and on the social media needs to be countered by the government and civil society in a systematic manner.  We affirm the role of civil society in addressing these systemic failures with the support of government and in promoting reconciliation initiatives with religious leaders from all communities.

( Press release issued by the NPC)