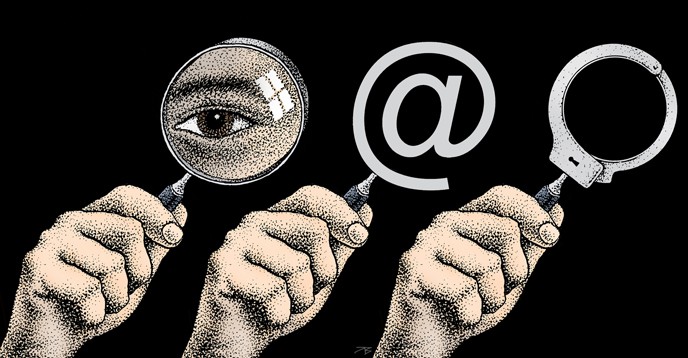 Six journalists’ organisations in Sri Lanka have come together to launch a Chater on  Rights and Responsibilities of Journalists in the face of increasing threats to jobs and their rights in the country.  It says that “Within the last 12 months, hundreds of journalists have lost their jobs, hence increasing the job insecurity of the industry, further discouraging the engagement of the new generation into the field. and call for better working conditions and ethical journalism.

Sri Lanka Working Journalists Association (SLWJA) has taken the initiative to prepare the charter and it will be launched on 17 July 2020 in Colombo.

The full text of the RPC follows:

CHARTER ON RIGHTS AND RESPONSIBILITIES OF  JOURNALISTS  – RRC

Reaffirming the fundamental importance of rights and responsibilities of journalists as a cornerstone of democracy and the heart of public interest and freedom of expression;

Reaffirming that organizing and unionization will be the future of journalists’ rights;

Convinced that respect for rights and responsibilities of journalists will lead to the greater public interest at any given time;

Recalling that adhering professional codes of ethics in media is a fundamental must towards professional journalism;

Desiring to promote the liability of media ownership in par with the rights of journalists;

agree to promote as often and as best to establish a culture of ethical and responsible journalism.

Violation of journalists’ rights and shutting down media outlets without observing proper labour procedures have become common malpractice in Sri Lanka. Within the last 12 months, hundreds of journalists have lost their jobs, hence increasing the job insecurity of the industry, further discouraging the engagement of the new generation into the field.

It has been found that there is a serious lack of knowledge on the rights and responsibilities of journalists even among the advocacy organizations and unions who work for the betterment of the industry. Among other things, the media ownership and the state/government should recognize journalists’ rights towards freedom of expression, ethical journalism, and the right to be a part of unions or associations. While adhering professional codes of conduct, journalists should observe their obligations towards their professional responsibilities for the public interest, which deems as the foremost rule of journalism.

Signatories to the RRC

THE TEN RIGHTS OF JOURNALISTS

1. Journalists claim all rights that are in par with all relevant labor laws, other laws, by-laws and regulations operating within designated jurisdictions, despite texts of their service contracts, Job Descriptions (JD’s), and/ or working conditions.

2. Journalists have their rights to lobby, organizing, networking, and perform their professional duty with dignity within an organization or individual.

3. Journalists have a ‘right to know’ the media institution where they serve and its ownership (including but not limited to their business background etc.) hence, they should not restrict from facts checking and access to information other than such a restriction has been provided by any written law in the country.

4. Journalists must be informed of all important decisions and policies which could, by nature, affect the life of the company and its existence with true facts.

5. Journalists cannot be forced to perform a professional act or to express an opinion that is contrary to their professional codes of ethics and/or public interest such as myth and ignorance. On such occasions, journalists have a free will and ability to question and challenge decisions and policies of media owners or employers or policy and decision-makers.

6. Journalists claim free access to all sources of information, hence having appropriate facilities and safeguards to access to information including but not limited to free access to the internet, device security, encryption of target based information should be guaranteed by the employer and media owner.

7. Journalists claim the right of journalists to carry out their work under safe conditions including but not limited to online harassments in conflict and non-conflict situations.

8. Journalists have a right to develop their career in-par with modern technologies including but not limited to digital literacy, towards their skills developments (Eg: participating to trainings, workshops (local or foreign), scholarships, etc.).

9. Journalists claim their democratic right to freely inquire on all facts that are part of the public sphere, engaging with social-political activities and professional dissemination of such information for public interest at any time.

THE TEN RESPONSIBILITIES OF JOURNALISTS

1. Journalists have a responsibility to organize and network and unionize in order to protect their workers’ rights for the betterment of the media industry.

2. Journalists have a responsibility to promote organizing, unionizing, and networking co-workers within the organization with other unions in various industries.

3. Journalists have a responsibility to keep informed their media unions on non-obligation to ethics codes as well as their or their co-worker’s rights infringements, violations and developments of the said scenarios.

4. Journalists have a responsibility to create and promote watchdog mechanisms within the media house and unions in order to observe professional ethics.

5. Journalists are obliged to inform the immediate supervisor (i.e. editor/news manager) of Conflict of Interest related to their performance at any given time.

7. When it comes to an ethical dilemma, consulting recognized structures (such as PCCSL) who overlook ethics violations is a journalist’s responsibility.

8. Journalists have a responsibility to keep professional secrecy and not revealing the information to obtain confidentially.

9. Journalists have responsibility for self-proclaimed self-criticism, identifying entry points for further ethical development, and complying with the correcting process.

10. Journalists have a responsibility for not engaging in journalism that contradicts the public interest, such as ignorance and myth.

SLWJA, with the support of other partner organizations and unions, will introduce and promote the RRC among journalists, editors, media owners, associations, unions, government representatives and academia in order to create awareness and wider commitment in media fraternity towards rights and responsibilities of journalists.