A long-delayed investigation ordered by Sri Lankan government will conclude that video evidence of war crimes and extra-judicial killings presented by Channel 4 in a series of news reports and documentaries is “unlikely to be faked” according to a leaked draft obtained by Channel 4 News.

The findings represent a dramatic rejection of claims by the government of former president Mahinda Rajapaksa, that the video evidence presented on Channel 4 News and in a series of Channel 4 documentaries culminating in the Emmy nominated “No Fire Zone: The Killing Fields of Sri Lanka” was faked.

Channel 4 News has seen four pages of extracts from an advance draft of the report of the “Missing Person’s Commission” led by retired Sri Lankan High Court Judge Maxwell Paranagama into war crimes and disappearances – a report ordered by President Mahinda Rajapaksa himself. The draft contains some uncorrected typos and other minor errors, but informed sources who have seen it believe it to be genuine. 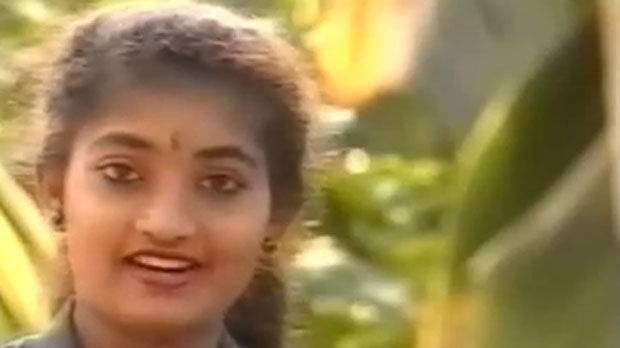 The full report, which has been the subject of much controversy, is scheduled to be debated by the Sri Lankan Parliament on Thursday.

Leaked sections of the report note that: “This Commission believes that many of the individual incidents that have been highlighted in Channel 4’s programmes give rise to an urgent need for a credible judge-led investigation by the GOSL.”

The report highlights the evidence presented by Channel 4 relating to the death of the LTTE news-reader and actress known as Isaipriya (pictured above). It concedes that the combination of footage showing her alive and “images of her dead body also shown by Channel 4, clearly suggest arbitrary execution”.

The report also discusses images of the 12-year-old Balachandran Prabhakaran, the son of the Tamil Tiger leader Velupillai Prabhakaran first revealed in the Channel 4 documentaries which show him alive, apparently in government custody, then dead with several bullet wounds to the chest. The report notes: “Forensic pathologists instructed by Channel 4 suggest that the child was executed. Clearly if this allegation is proved, this a clear breach of the laws of war.”

Remarkably it also quotes former Chief of Staff of the Sri Lankan Army, Major General Udaya Perera, as stating: “More than the Government of Sri Lanka, it is we, the army who should take responsibility, if that cowardly killing happened at the hands of our men.”

Other sections deal with video evidence including that first revealed on Channel 4 News in 2009 which showed the execution by shooting of a number of naked bound prisoners. On this, the report describes itself as “mindful of the fact that forensic pathology and other corroborative expert evidence support the video footage as genuine.”

It adds: “In the Commission’s view, the Channel 4 programmes provide enough material to form a reasonable basis to believe that war crimes may have been committed, warranting an investigation.”

While accusing the channel of “theatrical and dramatic presentation” and “occasionally extravagant language” it also notes that “Military Courts of Inquiry, in these circumstances, may appear to lack the impartiality and independence to inspire confidence.”

This is an implied criticism of a military court of inquiry set up specifically by the army to look at what it called “The Channel 4 allegations”. In 2013 the president of that court, Major General Chrishantha De Silva – who has since been promoted to be Commander of the Army – provoked some international astonishment when in spite of the overwhelming evidence he concluded that the war had been conducted “strictly in accordance with the ‘Zero Civilian Casualty’ directive made by His Excellency the President Mahinda Rajapaksha” The court also found that “at all stages… the Sri Lanka Army behaved as a well-disciplined military force.”

Instead the leaked draft sections of the Paranagama report make a number of recommendations for an accountability process – some of which are likely to cause controversy, particularly among hard-line Sinhala nationalists and supporters of the former President. It notes, for example, that “there can be no effective domestic mechanism for the purpose investigating international crimes that apply in all conflicts, including non-international armed conflicts,” unless Sri Lanka incorporates into its domestic law, core crimes recognized under international law. That idea has been specifically rejected by the new government of President Maithripala Sirisena.

But even more controversial is what appears to be a specific endorsement of direct international involvement in a judicial process – as recommended by the resolution passed by the United National Human Rights Council last month.

More than the Government of Sri Lanka, it is we, the army who should take responsibility, if that cowardly killing happened at the hands of our men. – Major General Udaya Perera

Hardline Sinhalese MPs angrily reject such a suggestion as an unwarranted interference in Sri Lanka’s sovereignty, and even the Sirisena government has insisted that the accountability process proposed by the UNHCR resolution does not constitute a “hybrid” or joint international/domestic court.

Observers are likely to see this suggestion as particularly significant as the Gambian court’s Chief Special Prosecutor was Sir Desmond de Silva, a British barrister who subsequently attracted much criticism for first agreeing to accept an appointment by President Rajapaksa to advise the government on the legality of its actions during the war, and then agreeing to advise the Paranagama Commission itself.

Notes attached to the draft of the Paranagama report seen by Channel 4, quote Sir Desmond as saying in relation to the Gambian court: “I came to the conclusion that justice could only be seen to be done if in fact the prosecutors all came in from outside and the judges all came from outside.”

That suggestion is likely to be anathema to many Sinhalese nationalists who previously regarded Sir Desmond as a supporter of the Rajapaksa government.

Callum Macrae is the director of No Fire Zone: The Killing Fields of Sri Lanka