Sri Lanka: JVP expects Communist Party of China to lead the world towards Socialism, a pleasant place for humankind 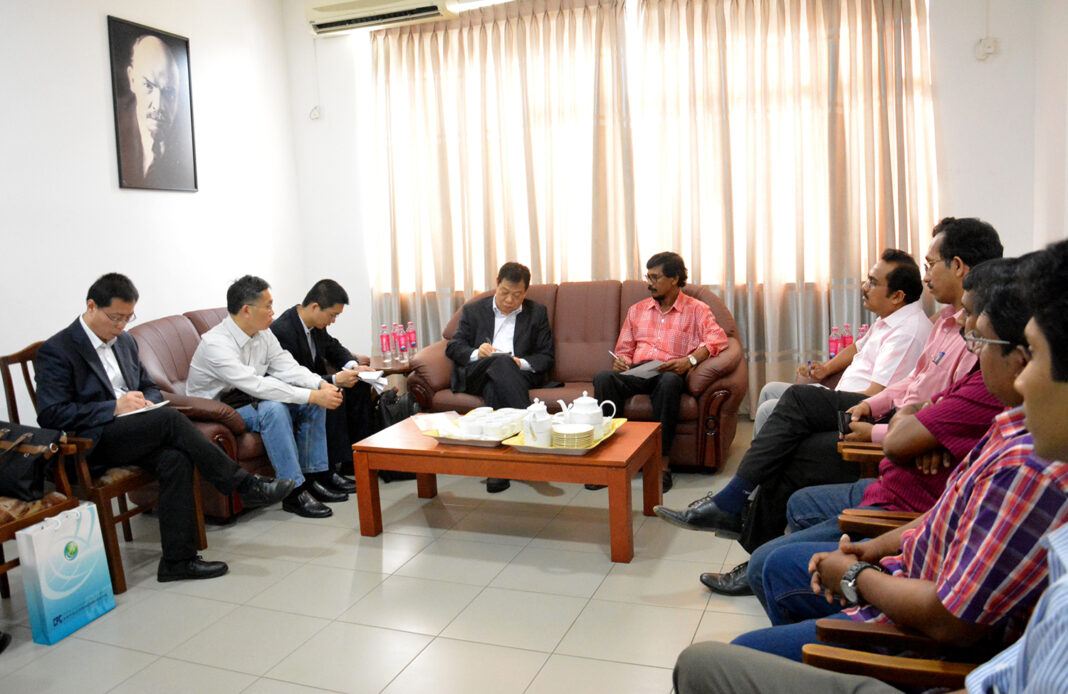 Image: A team headed by the General Secretary of the JVP Comrade Tilvin Silva having  a discussion with the Deputy Director of the Organizing Department of the Chinese Communist Party at the head office of the JVP on 21 April 2017.

In its message ‘On the Centenary of the Communist Party of China’ Nationalist- Marxist JVP of Sri Lanka says it excepts CPP   to lead the world towards Socialism and make this world a pleasant place for humankind.

“It is our belief that the Communist Party of China, which has a history of playing a significant role in the struggle against imperialism and injustice, would support progressive people and their organizations that are fighting under the guidance of Marxist-Leninist theory and practice, against exploitation, oppression, injustice, inequity and suppression.
Also, we believe the Communist Party of China would play a more interactive and pivotal role to strengthen more coordinated work among the Left parties to lead the world towards Socialism and make this world a pleasant place for humankind.

It further says that ” The achievements of China, led by the Communist Party of China, are very much remarkable at a time when capitalism and imperialism led by the USA and its allies are conspiring against the masses to loot the resources belonging to the people on this Earth.”

This massage has not been published in Sinhala or Tamil the to local languages if Sri Lanka. Sinhala web site of the JVP has not published any news on this massage.