Sri Lanka: It was a scary experience to be detained and questioned even briefly – Ruki Fernando 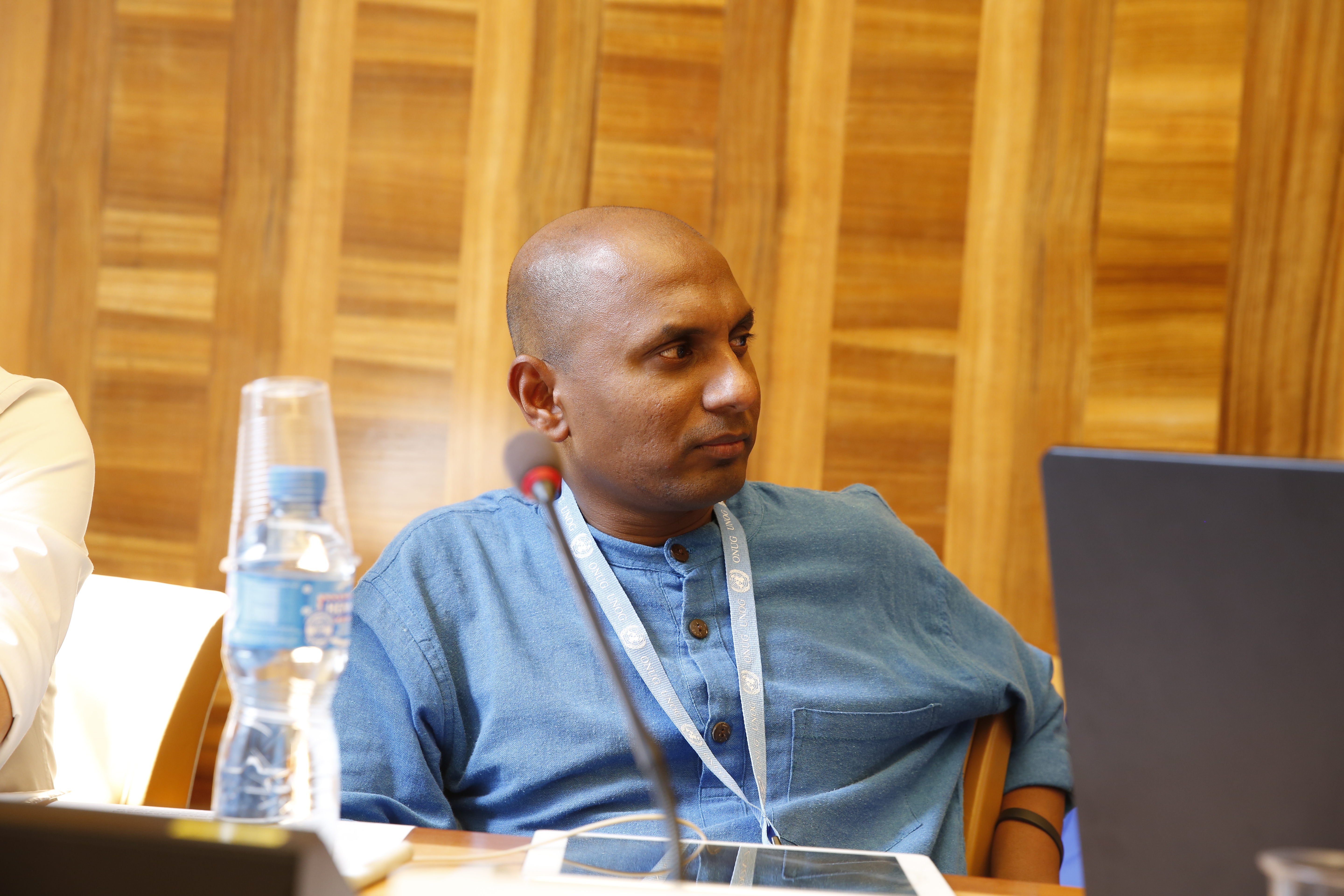 ( Ruki Fernando, a well known sri Lankan HRD has been gagged  re his earlier arrest by the authorities for more than two years now; image ©s.deshapriya)

Today, 1st Oct. 2016, I came the Bandaranayake international airport in Sri Lanka to travel to London. I was asked by the officer at the immigration counter to get clearance from an office I understood to be an office of the Terrorist Investigation Department (TID), situated next to the immigration counters. Inside this office, I was questioned whether I have a case pending, where I was traveling, purpose of my travel, my work and personal details, including addresses and phone number, details of family members etc. An officer wrote down my answers, but I was not shown what was written and I was not asked to sign any documents. Photocopies of my travel documents were also made. They also appeared to examine a file they had.

While I was being questioned, other officers appeared to be checking from the TID head office in Colombo whether to allow me to proceed to my flight or not. They appeared to be trying to expedite the process to ensure I will not miss the flight.

Meanwhile, the Attorney General’s department and TID head office has been contacted through my lawyers. One of my lawyers who was also traveling overseas and had cleared immigration already, requested to come into the office I was being kept to speak to me and officers who were questioning me. But she was not allowed and had to stand outside while I was being questioned.

This appeared to be a violation of recent recommendation of the Human Rights Commission of Sri Lanka to strengthen suspects access to lawyers, especially by providing access before statements are recorded.

Finally I was informed that I was free to travel. I asked the officer in charge what was the reason I was detained and questioned. He pointed out there was very limited time left for my flight and suggested I proceed to the flight rather than discuss this further and risk missing my flight. I then left towards the boarding gate with my lawyer.

The officers questioning me were polite and didn’t physically harass or threaten me. But it was a scary experience to be detained and questioned even briefly, especially given my past experiences of being detained, questioned, threatened etc. And to know that I was still under close scrutiny and not able to travel overseas for human rights work without harassment and intimidation. After long tense journey, I have now arrived safely in London.
Background:
I was traveling to deliver several talks on transitional justice and human rights at events organized by the Centre for Applied Human Rights at the University of York in UK and several other human rights related meetings.

I’ve been subjected to an ongoing investigation under the Prevention of Terrorism Act since March 2014 (case no. B4414/08/14). This is after being arrested, detained and released by the TID in March 2014. A court order that TID had obtained in March 2014 continues to restrict my freedom of expression and my confiscated electronic equipment had not yet been returned. My lawyers have made several written submissions and oral representations to the Attorney General’s department but there is no update in closing the investigation against me, returning the confiscated equipment and removing the gag order.

From March 2014 to July 2015, I had to obtain court permission for each of my overseas travels. Despite obtaining court permission, I encountered delays at the airport. On one occasion, I was not allowed to board the flight and and was only allowed to travel overseas the next day, after additional interventions of my lawyers. Based on an application I made to Colombo Magistrate Courts through my lawyers, this travel restriction was lifted by courts in July 2015. Since then, I had traveled overseas several times, without being stopped or questioned by the immigration or any other officials. It remains a mystery why the immigration suddenly had to get permission from TID again to allow me to travel overseas and why I had to be detained and questioned before being allowed to travel.