Sri Lanka: I speak with sadness as the transitional justice agenda being placed on the back burner 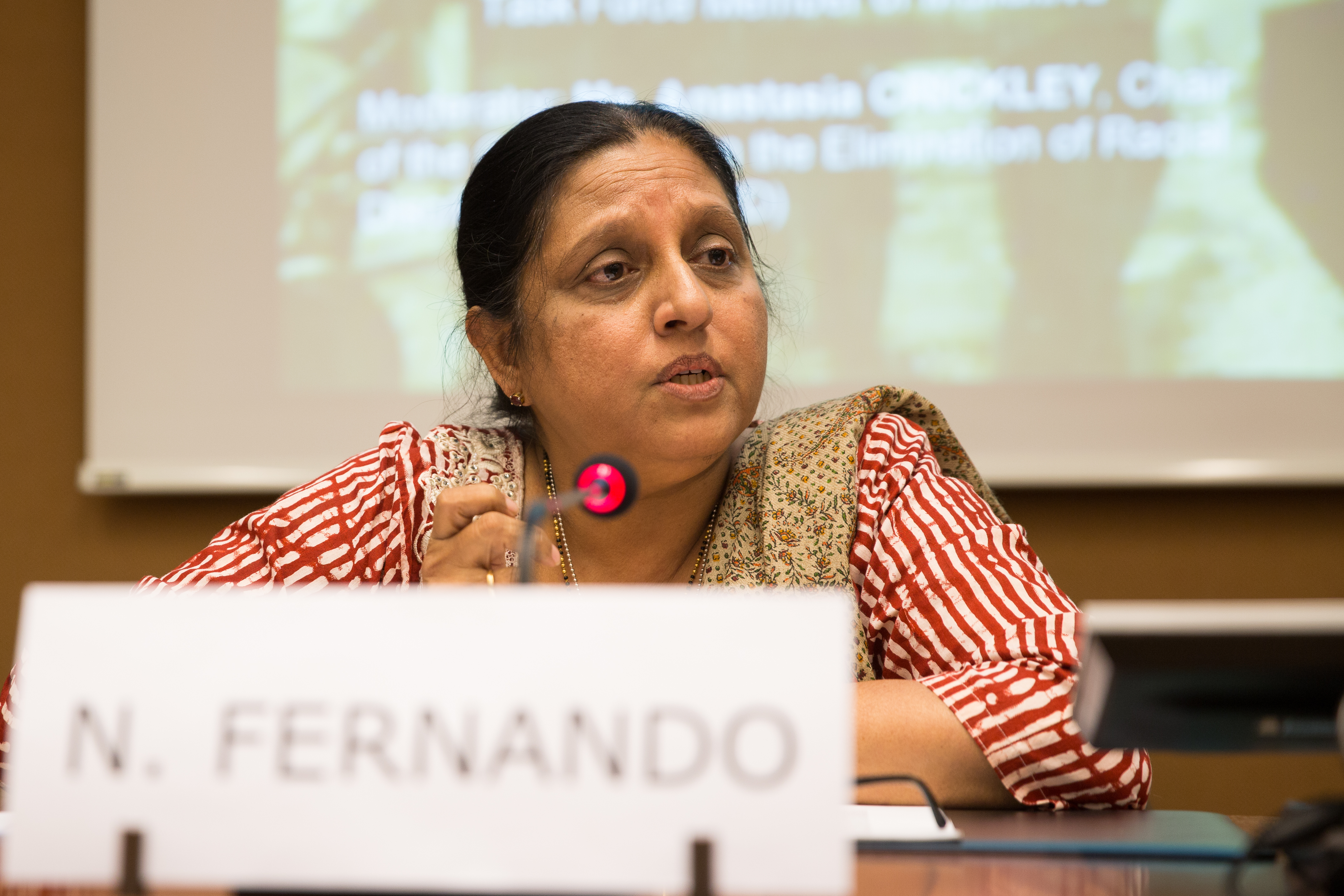 Image: Nimalka Fernando speaking at a side event during the HRC 34. (c)s.deshapriya.

I speak as a survivor of the former authoritarian regime. The present democratic space for transitional justice was made possible, because civil society actors and human rights defenders worked hard risking their lives together with this Council and the international community to bring the resolution 30/1 in response to the cries of the victims for justice. The High Commissioner’s report captures the challenges
and frustrations we are facing today. His focus on accountability issues is particularly welcome.

Mr. President, Sri Lanka is now at a crossroads. The forces of pluralism, reform and tolerance are now in pitched battle with the forces of militarism, chauvinism and ethnic hegemony. On both sides of the ethnic divide, electorally unsuccessful elements are busy fomenting divisions, bringing further suffering to victims at times giving false hopes. On the other hand, mixed messages from the leaders of the ruling coalition give rise to an uncertain future for the justice and accountability process.

I speak with a sense of sadness as we experience the transitional justice agenda being placed on the backburner.

The OMP Act adopted in Parliament urgently is now being deliberately stalled. Once again we see the intrusive manner which the security and military have invaded the executive and administrative life of our country. Military run businesses still continue to operate with impunity.

Releases of land are painfully slow. Political prisoners still languish in jail cells. Surveillance and harassment in war affected areas continue unabated. The President’s own party is disavowing the constitutional reform agenda which they were elected to pursue.

Mr. President, now as ever, Sri Lanka requires the sustained attention of the Council. Sri Lanka could one day represent a success story for the Council’s engagement. We have not nearly reached that stage yet. We call on members of the Council and the OHCHR to renew their efforts to encourage the Government to draw up an action plan, implement the pledges, adopt a new constitution to reach political consensus on power sharing and use the two years to build trust among all communities.