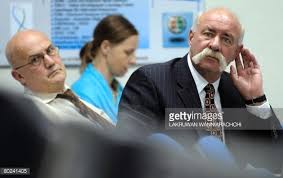 “Having already granted nearly four years by Resolutions Numbers 30/1 and 34/1, the granting of a further two years through Resolution 40/L.1 by the United Nations Human Rights Council (UNHRC) on 21 March 2019 has saddened Tamils world over. This new Resolution would facilitate war criminals and those who indulged in offences against humanity to escape liability. The Resolution will also pave the way for the continuance of human rights’ violations in Sri Lanka.

It was unfortunate that some among us lent support to the military, which raped our women and girls in hundreds (if not thousands) apart from committing genocide against the Tamils, to escape from liability,” he claimed.

Further, he said that over three years have passed since the passing of Resolution 30/1.

This shows the duplicity of the Government. Their credibility is no doubt at stake. If the Government could go back on their written promises to the UN so quickly, the International Community should gauge the number of times it would have transgressed agreements in relation to the ethnic problem in the past so many decades ago and to what extent it would have practised deception on the Tamils, thus frustrating their legitimate expectations. When genocide was committed in Sri Lanka, the UN and the International Community failed to stop it.

After the war, the UN and the International Community had an obligation to ensure accountability and justice. But the UN and the International Community has allowed Sri Lanka to take lightly its obligations towards ensuring accountability and justice in Sri Lanka. This would no doubt enable the Government to continue with its human rights’ violations in the future too. This would be a bad example to the rest of the world in general.

If the war crimes at the end of the war in Sri Lanka were investigated properly in accordance with International Law, its norms and principles and the perpetrators punished, the International Community would have stopped war crimes being committed elsewhere in the world,” he also claimed.

“Therefore, I make bold to request all the countries which helped to pass Resolution 40/L.1 to ensure that the contents of Resolution 30/1 are implemented fully and without delay. These Member States must take steps to put into effect the various recommendations set out by the Human Rights’ High Commissioner,” he said.

“Three years ago, it was stressed in Resolution 30/1 that the military must leave the lands of civilians. But even today the military does continue to occupy civilian lands. On 1 August 2005, then President Mahinda Rajapaksa appointed the IIGEP under the Chairmanship of former Indian Chief Justice P.N. Bhagavati to overlook the investigations conducted by the Udalagama Commission, inquiring into 16 human rights’ violations in Sri Lanka. That could be a precedent to be followed with regard to war crimes too.

The IIGEP consisting of foreign judges was an illustrative example of how the inclusion of foreign judges introduced International standards and also brought credibility among the affected people. When the IIGEP found that the Udalagama Commission investigation and its activities did not conform to International standards and norms and lacked transparency, Justice Bhagawati after one year of the beginning of the Investigation, disbanded the IIGEP and refused to grant approval to the activities of the Commission.

That was a classic example which answered the question ‘Why not a local court instead of a Hybrid Court’,” he claimed further.
“It may not be out of place for me to mention here that late Justice Mark Fernando and I were consulted by the IIGEP before they disbanded. We were both retired Supreme Court Judges,” he said.