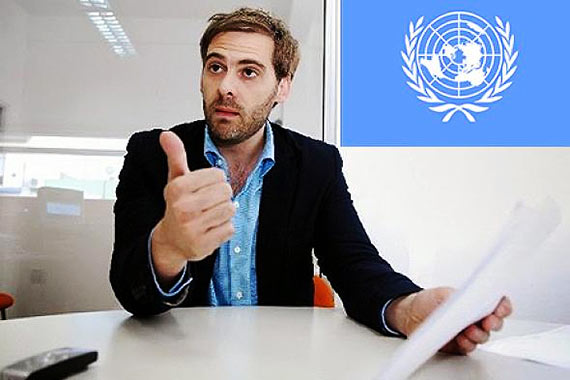 GENEVA/COLOMBO (11 September 2018) – Human rights must be at the centre of measures by Sri Lanka to promote economic growth that would include everyone, says a UN expert.

“The Sri Lankan Government should undertake an assessment of the human rights impact of both its economic reform policies and infrastructure projects,” said Juan Pablo Bohoslavsky, the Independent Expert on the effects of foreign debt on human rights, presenting a statement at the end of a nine-day visit to the country.

“The strategy chosen by the Government, as recommended by the International Monetary Fund (IMF), was to stabilise the economy by strengthening the fiscal and external sectors via international borrowing. It also included developing mega infrastructure projects, many of them launched during previous administrations,” said Mr. Bohoslavsky.

“Servicing this debt is now the country’s most important expenditure, and a significant amount of borrowing is being allocated for this purpose,” he added.

“However, social spending should not be cut in order to repay growing debts if less harmful policy options are available. There are other options to consider. These include boosting domestic demand through progressive tax reforms, expanding social benefits, increasing minimum wages and renegotiating the debt with creditors in order to generate revenues to ensure that no one is left behind,” Mr. Bohoslavsky stressed.

“There is a consensus that a greater mobilisation of resources is needed. It has been estimated that the majority of all illicit financial flows in the world are related to cross-border tax-related transactions. However, because tax evasion is not considered a predicate offence in the country, banks do not have a duty to report suspicious transactions of their clients in relation to tax evasion. I urge the Government to close this legal gap,” the expert said.

Since the end of the war in 2009, large-scale infrastructure projects including the Colombo Outer Circular Expressway, power plants, the Hambantota Port and Hambantota Airport have been started across the country.

“The Sri Lankan legal framework does not establish the obligation to conduct a comprehensive human rights impact assessment of such infrastructure projects before they are started. So, I advise the Government to pass robust and comprehensive laws on the issues based on existing international human rights standards,” said Mr. Bohoslavsky.

“I have also paid specific attention to microfinance, which has helped to lift many people around the world out of poverty by enabling borrowers to maintain their livelihoods. However, the number, frequency and seriousness of abuses by lenders that I have noted in the country call for urgent action by the State.

“I found that while there was a large number of borrowers, women in areas that are poor and affected by war, are specially targeted by microfinance lenders. Those institutions charge up to 220 percent interest rates for their loans and apply compound interest. The mechanism has been designed to make huge profits for the lenders and put a very heavy burden on the shoulders of the largely poor female borrowers,” the expert stressed.

“It is common to see women with three or four outstanding loans from different lenders at the same time, while some others borrow more to avoid defaulting on the loans they already have. Collectors go to borrowers’ houses to collect the instalments due, sometimes on a daily basis. Some stay at the family home for hours until they are repaid.

“Women are at times exposed to psychological and physical violence by these collectors and it was brought to my attention that, in some cases, they were pressured by collectors to exchange ‘sexual favours’ for outstanding instalments. I have also learned of cases of borrowers who have tried to sell their kidneys for money to repay loans,” Mr. Bohoslavsky added.

“I urge the Government to establish an interest rate cap for these institutions and also to pass and implement robust and strict regulation. There should be guidelines in line with human rights standards on how microcredit lenders should assess credit risks. I also urge the Government to declare a moratorium on the debts, until this legislation is passed, in order to prevent groups in situations of vulnerability from being exploited and abused by lenders,” the expert stressed.

The Independent Expert will submit a comprehensive report about his visit to the UN Human Rights Council in March 2019.

Juan Pablo Bohoslavsky (Argentina) was appointed as Independent Expert on the effects of foreign debt and human rights by the United Nations Human Rights Council on 8 May 2014. He has previously worked as a Sovereign Debt Expert for the United Nations Conference on Trade and Development (UNCTAD) where he coordinated an Expert Group on Responsible Sovereign Lending and Borrowing. He is independent of any government or organization and serves in his individual capacity.

The Independent Experts are part of what is known as the Special Procedures of the Human Rights Council. Special Procedures, the largest body of independent experts in the UN Human Rights system, is the general name of the Council’s independent fact-finding and monitoring mechanisms that address either specific country situations or thematic issues in all parts of the world. Special Procedures’ experts work on a voluntary basis; they are not UN staff and do not receive a salary for their work. They are independent from any government or organization and serve in their individual capacity.