Sri Lanka: Healing the wounds of a bitter war 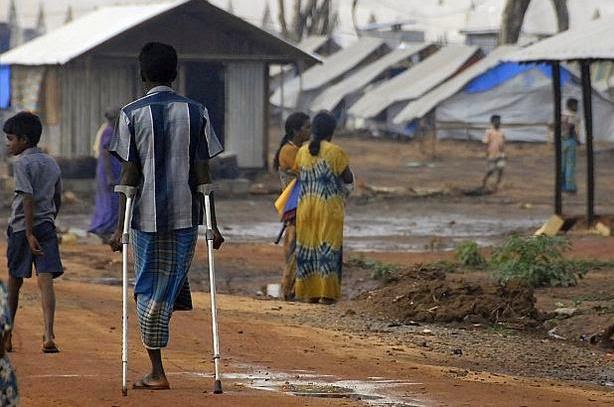 During the week of March 24, the U.N. Human Rights Council countries will be asked to show where they stand on a resolution on Sri Lanka. That resolution seeks to support the U.N. High Commissioner for Human Rights’ call to establish an international mechanism to investigate alleged violations and abuses of international human rights and humanitarian law by both sides during Sri Lanka’s war. The resolution is also expected to ask the government of Sri Lanka to address human rights concerns, make progress towards a political settlement and support reconciliation for all Sri Lankan people.
I believe that there is only one course of action for countries that care about Sri Lanka’s future stability and prosperity, and that is to vote in favour of the resolution. Let me explain why.
Subject of reconciliation
First, it will be highly difficult for Sri Lanka to establish long-term peace without accountability. Seeking the truth and justice helps to put countries on the right track toward reconciliation. Sierra Leone is a good example. Special Court convictions drew a definitive line under a tumultuous period of Sierra Leone’s history and addressed impunity in response to victims’ needs to promote healing. Sri Lankans wanting to understand what happened amongst the bloodshed should not be deprived of answers, and those responsible should be held to account to heal the wounds of a long and bitter war.
Second, the Sri Lankan government has failed to take action itself despite two previous resolutions calling for an independent, credible domestic investigation and offers of technical support from the Office of the High Commissioner for Human Rights. Sri Lanka’s own domestic Lessons Learnt and Reconciliation Commission established in 2010 fails to adequately address this matter. If it did and if Sri Lanka was making tangible progress, we would not be where we are today. Instead of calling for international action, we would be congratulating Sri Lanka’s own efforts to address past violations.
Third, the U.N. High Commissioner for Human Rights is calling for the international community to act and establish an international mechanism. She is supported by multiple, independent voices including the powerful peace advocate, Archbishop Desmond Tutu as well as groups in Sri Lankan society and the main Tamil party, the Tamil National Alliance. There is an additional, compelling body of evidence collected through the work of non-governmental organisations and journalists that further supports this call.
Fourth, there is no doubt that tackling impunity for violations and crimes committed during the war will strengthen the rule of law in Sri Lanka. The international community must send a strong message that everyone has a right to feel safe and secure, and that no one should be above the law.
Those arguing against the resolution say that Sri Lanka’s domestic processes need time, that a solution is best found within Sri Lanka, that we should constructively engage Sri Lanka and not criticise, and that the Sri Lankan government has every right to take steps to stop the return of Tamil Tiger (LTTE) terrorism.
Of course, much of this is true. It does take time to heal from the wounds of war. Comprehensive, independent and transparent home-grown solutions can be highly effective. Constructive engagement is essential, including through the Human Rights Council. And no one wants to see terrorism take root again.
But this is not about needing more time; it is about the government of Sri Lanka not showing political will to back a transparent, thorough and credible process that delivers the truth to those people that seek it. Sri Lanka has failed to deliver the promise it made to address accountability in a joint statement with the U.N. Secretary-General in 2009.
The international community has a responsibility to encourage Sri Lanka to make progress across a range of issues that will strengthen Sri Lanka as a nation. Reconstruction has been important but this alone is not enough to secure Sri Lanka’s future. There needs to be meaningful progress on a political settlement, accountability, human rights and reconciliation.
The fight against terrorism requires a careful balance. We know this in Britain, and we sympathise with all those Sri Lankans who suffered at the hands of the brutal Tamil Tigers. No one regrets that they were defeated. But responses to any believed terrorist threats should be proportionate to avoid fuelling the fires of extremism. This means ensuring inclusive governance, minority rights, stopping sexual and other abuses and justice for all which is why we must encourage Sri Lanka to bring these values to all Sri Lankan people.
The British government explored many of these issues during the Commonwealth Heads of Government meeting in Sri Lanka last year in discussions with the Sri Lankan government, including with President Rajapaksa.
I conclude that the time has come for the Human Rights Council countries to stand together and put firm support behind the next Sri Lanka resolution to be voted on in Geneva later this month. It will not only seek to establish an international mechanism to address past violations of international law but seek a better future for all Sri Lankans. We must all do the right thing by Sri Lanka.

(William Hague is the Foreign Secretary of the U.K.)
The Hindu