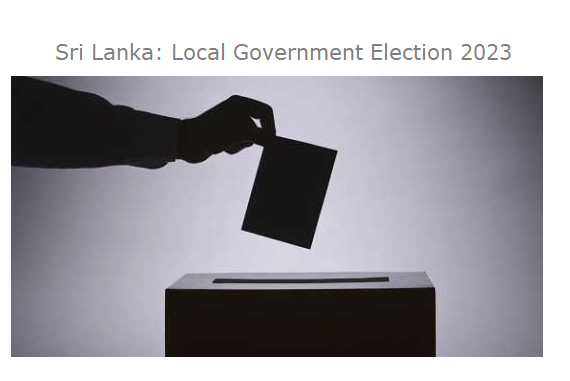 The Samagi Jana Balawegaya (SJB) in a letter to the Election Commission of Sri Lanka (EC) yesterday highlighted the use of state property by heads of Local Government bodies for election campaign purposes.

In the letter signed off by SJB’s general secretary Ranjith Madduma Bandara, the party revealed it had observed Local Government heads intending to re-contest at the upcoming polls are misusing state vehicles and other state assets for their campaigns at a time nominations have been handed over to the EC.

“This is not in accordance with the election law and is a serious disadvantage to other candidates. I kindly inform you to take the necessary steps to stop this,” it said.

Speaking to the Daily FT, People’s Action for Free & Fair Elections (PAFFREL) Executive Director Rohana Hettiarachchi said his organisation has flagged this issue twice and informed the EC in writing of its concerns.

“It is a difficult situation to control as Local Government bodies continue to function despite an election being declared. It is observed that the Chairmen and Mayors of these institutions are using state property belonging to the body for campaign purposes,” he said adding that the only way to circumvent this for the EC to issue directives to municipal commissioners and secretaries of Local Government bodies to prevent the misuse of state property belonging to the institution.

“It is up to them to safeguard the state properties of the organisation,” Hettiarachchi said.

According to the election monitoring group along with the misuse of state property for campaign purposes, many welfare programs and development projects seem to be cropping up during the pre-election period.

The EC is said to have issued the necessary directives through a Government circular to Local Government bodies to prevent this. However, Hettiarachchi said the public must be made aware of these circulars.

“Only then can the public be aware and also monitor the events. They can then report to either the EC or independent monitoring groups. We are prepared to take necessary action,” he noted.