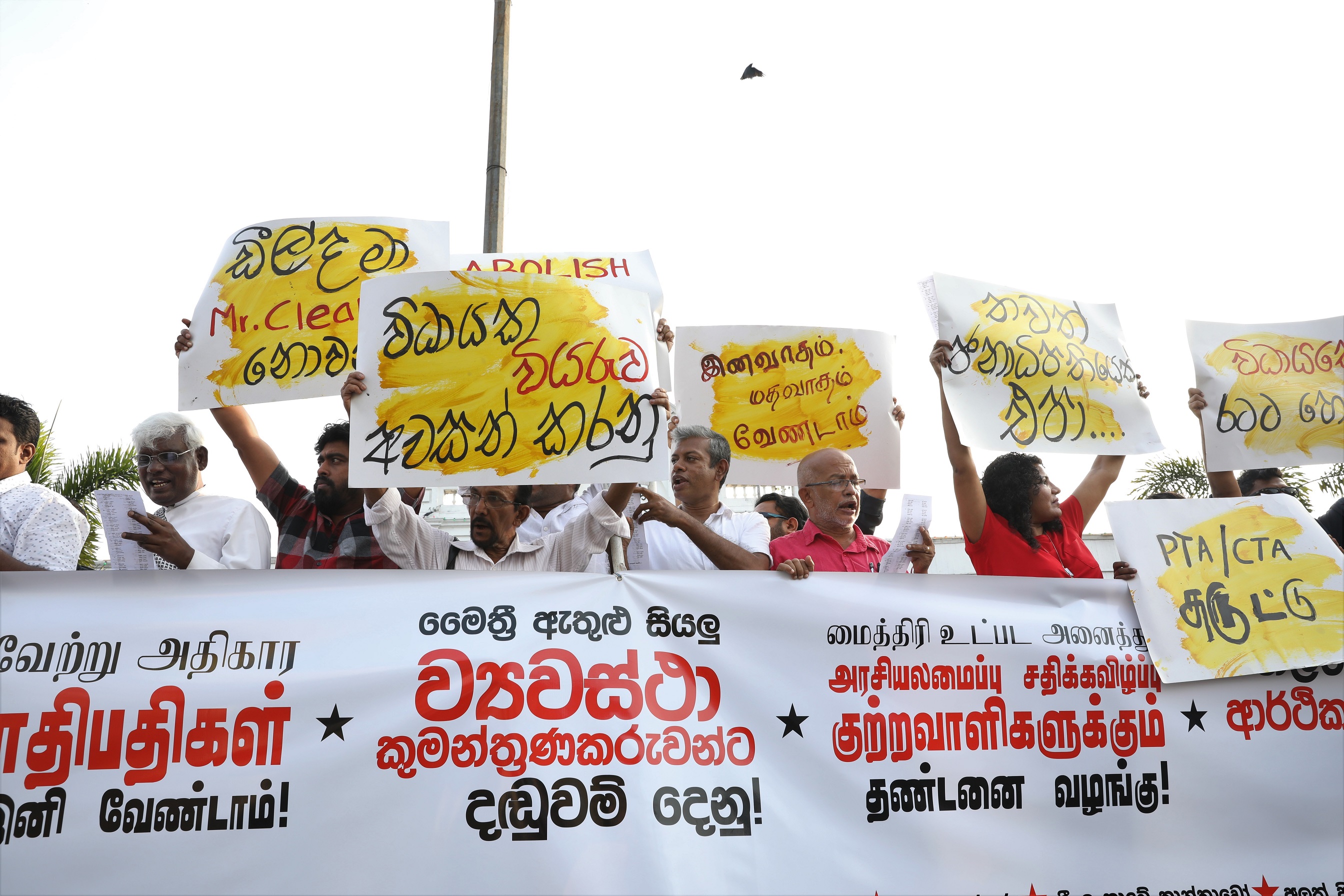 As a year of political upheaval and economic stagnation is winding down, Sri Lanka is entering into an uncertain 2019. Politics is as toxic as it has ever been in recent times. The illwill between President Maithripala Sirisena and Prime Minister Ranil Wickremesinghe, expressed in the most overt gesticulations, is bound to overshadow government policy. The public euphoria over the rollback of the Constitutional coup evaporated in no time. Most tellingly, the appointment of corruption-tainted Ravi Karunanayake to the Cabinet effectively gave the middle finger to the saner people, civil society and democracy activists.

The UNP is also expected to seek legal opinion over whether the government is entitled to have a 32-member Cabinet (30 plus the president and prime minister) instead of 30. All this is to reward its members in order to keep them satiated, so that they would not be tempted to pole vault to the Opposition. Thus, after the much hype about democracy and the will of the people, Sri Lankan politics is back to its usual ugliness.

Both main political parties, UNP and SLFP have regularly found themselves at the receiving end of the devastating consequences of J.R Jayawardene’s Machiavellian machinations of Sri Lanka’s political fabric. Jayawardene went to an extreme and shameful length hitherto existent culture of political patronage and bribe and entrenched it in the Sri Lankan political life.

Whereas Sri Lanka has a history of rewarding nearly all members in the government with some form of ministerial portfolio so that they would be entitled to the accompanying fringe benefits. Such positions have not enhanced efficiency but eaten into the public coffers. The latest economic data of the 3rd quarter is proof of pervasive economic stagnation.

The economic growth in the 3rd quarter had slumped to an historic low of 2.9 per cent, against 3.7 per cent of equally mediocre growth in the same quarter of the previous year. So the economy has been in a slow death even before the October 26 trigger of a political crisis. Now, with an aggravated political crisis, and its economic implications in the final quarter of this year, the economy is set to record another below four per cent annual growth for the fourth consecutive year.

While efforts for economic restructuring might have an impact on low growth numbers, the government’s repeated inability to proactively engage in economic development is the main factor for the sub-par economic performance. Unlike the Rajapaksa regime, which to give the devil its due, played a major role as a catalyst of economic development, which any emerging market economy should do, this government solely relied on market forces. However, market forces did not take their own course of action due to other extraneous factors and the prevailing economic and political uncertainty. All in all, economically speaking, the whole life span of the yahapalanaya government was four lost years for the country.

These adverse economic and political conditions are unlikely to improve in the coming year. If any, they are bound to get worse. The president who is waiting to settle his scores with Mr. Wickremesinghe is likely to obstruct the latter’s economic policies at any given opportunity.

Similarly, any moves to impeach the president would likely compel him to prorogue Parliament, triggering another political crisis. Personal prejudices between the executive and legislature will hold back the progress of the country, and the government’s economic agenda in the coming year.  The only winner in this equation is Mahinda Rajapaksa. He is ridiculed now for taking power through the backdoor. However, he was the one who could have romped home in an election, if the constitutional coup led to a snap general election.

He is down, but not out. As the Opposition Leader, he is now more formidable. Post-coup political conditions serve him as well. He is likely to receive presidential patronage, if the courts belatedly launch investigations into allegations of corruption during the Rajapaksa regime. Even the courts will be disinclined to lock horns with the president ever too often.

The only memorable legacy of yahapalanaya will be its role in strengthening the independent institutions in the country. However such institutions can not function in a vacuum. Public discontent over multiplicity of reasons, all of which have roots in the disillusionment over perceived economic stagnation, has unleashed far- reaching political changes from America to Philippines. Sri Lanka is not immune to that.

The UNP has already failed to capitalize on the popular support it received during the constitutional crisis. It is in the process of squandering much of that political capital.

It is also unlikely to make a noticeable improvement in the economy any time soon- or even during the two years of its remainder of the term.

The year 2018 was one of political upheaval, sinister machinations, undelivered promises and economic decay. Sadly though, as political and economic factors stand, 2019 is unlikely to be different.
Follow @RangaJayasuriya on Twitter .