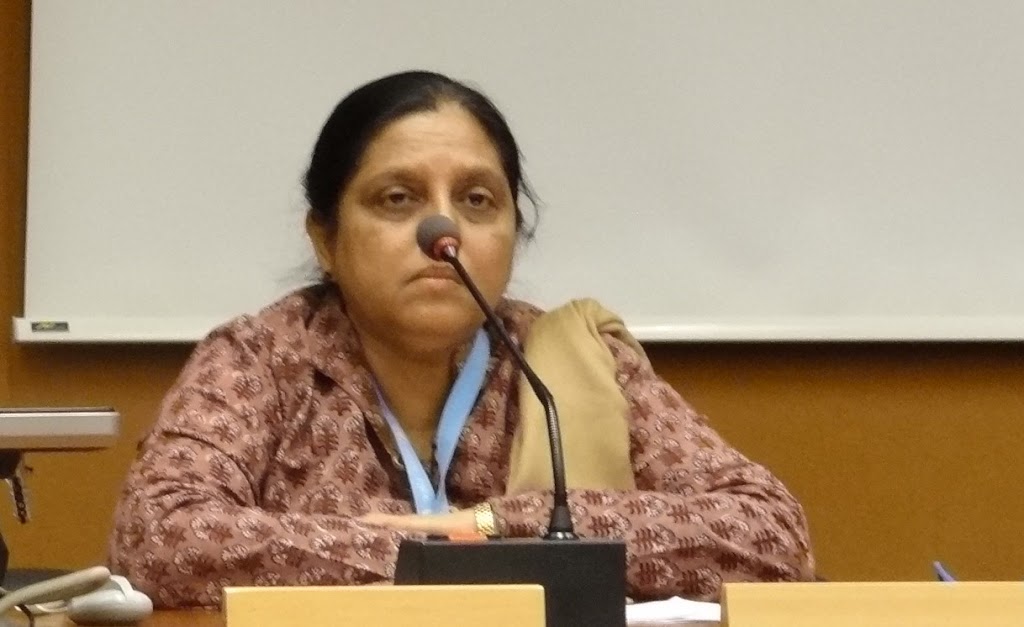 Thank you Mr. President,
This is a joint statement made by IMADR, Lawyers Rights Watch Canada and Pasumathai India. We appreciate the new mechanism of UPR. Nevertheless the negotiation process has given rise to reducing the impact of the transparency and effectiveness in built to UPR.
We express grave concern over the rejection of important and significant recommendations by Sri Lanka, especially 128.40 (Canada), 128.55 (Norway), 128.47 (Brazil) that refers to the outstanding visits of the WGIED, introducing special measure to increase women’s participation in politics, accelerating efforts for reconciliation. It is condemnable that Sri Lanka has rejected 128.18 made by the Phillipines to ratify ILO Convention 189 while the country enjoys the remittance from migrant workers which was as high as 6 billion USD for 2012. The substantive issues of accountability, impunity, strengthening rule of law etc. were raised in 2008. It is regrettable to note that member states who raised these issues not following up the same with GOSL regarding the progress made in relation to recommendations proposed by them. For example Japan focused on the issue of disappearances in 2008. To date GOSL has not invited the Working Group to Sri Lanka. It has not acknowledge requests of over 8 important Mandate holders.

Women comprises 52% of the population in Sri Lanka.  Official statistics admits that there is 23% percent female headed households in the country. Sri Lanka has continued to ignore calls to facilitate both economic assistance and policy formulation to increase women’s participation in politics and decision making. It has not learn from friends like Pakistan and India who have made great strides in this area. Women in the war affected North and East have not been involved in decision making related to rebuilding lives and designing livelihood programmes. How can claims be made re MDG targets when the budget allocation for the Ministry of Women remain stagnant at a dismal 0.02% while the Defence budget soars every year. The defense budget for 2013 was increased by 25% which is a staggering amount of $2.2 billion.

Words and reports do not reflect the ground realities. For full enjoyment of rights conducive environment has to be created. Freedom of movement, speech and association are integral to the full enjoyment of human rights. Today Tamil people in the North and East remain chained to the past, militarized with surveillance round the clock. Muslim community is facing threats from a neo-fascist Buddhist force nurtured by the Defense establishment called Bodubalasena. UPR can be meaningful only to the extent that critical areas are discussed openly and challenges identified collectively. UPR provides the Council to constructively address issues of accountability and compliance of member states. In this regard we hope that HRC will link all processes together and not compartmentalize human rights mechanisms and processes providing states an easy way out to wriggle out of international obligations. We are talking about men, women and children whose lives are at risk or in danger. Of human beings whose survival remains in our hands.
Thank you Mr. President.
————–