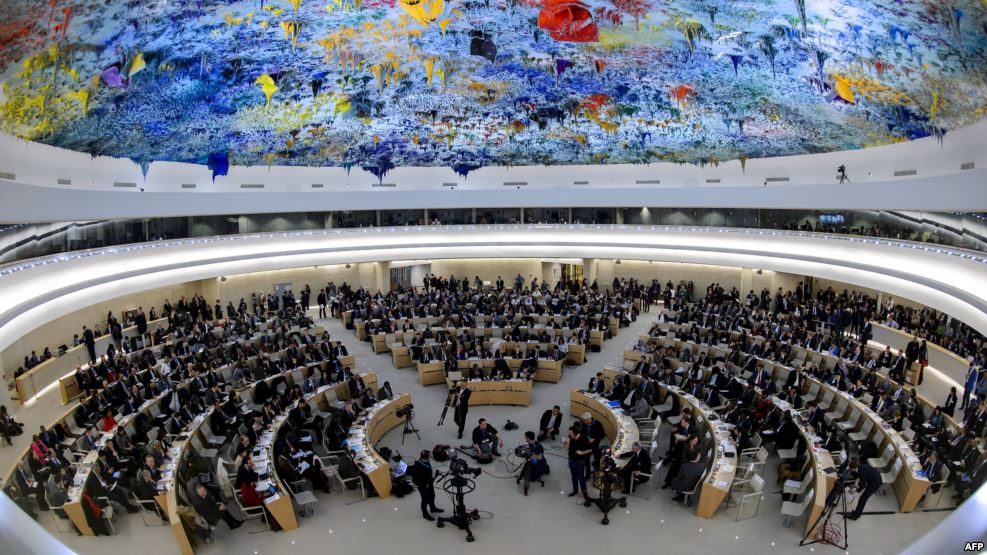 Issuing  a statement today ( 9th Feb) “Sri Lanka Campaign” says that a fresh evaluation by them found  limited evidence of progress on accountability and reconciliation by the government of Sri Lanka and  calls on the UN Human Rights Council to pass robust follow up resolution in March.

“Sri Lanka Campaign” is not affiliated with any political or ethnic group inside or outside of Sri Lanka, and we exist to fight for the rights of all those living in Sri Lanka, statement adds.

The statement further says that:

A breakdown of the resolution text into 25 specific commitments reveals that the government of Sri Lanka has lived up to its word on a mere three of its pledges. Seventeen remain largely or wholly unimplemented, with a further five only partially achieved.

“In October 2015, the government of Sri Lanka made a promise to its citizens: to enact a comprehensive set of measures to end human rights violations, address the bitter legacy of the war, and lay the foundations for a sustainable peace. These findings indicate that unfortunately the government has failed to live up to its word. Indeed, it has fallen massively short”, said Richard Gowing, Campaign Director.

Despite several positive steps by the government, the overwhelming majority of its commitments for bringing about accountability and reconciliation remain unfulfilled. None of the four institutional mechanisms which it pledged have yet been established, and on one of the most important of these – an independent judicial mechanism for dealing with serious war-time violations – there has been visible backsliding in terms of commitment.

“These findings ought to be a wake-up call both to the government of Sri Lanka and international community. The window of opportunity for dealing with the past will not remain open indefinitely and in the context of persistent human rights violations, surveillance and militarization in war affected areas, each day that passes sees that window close ever further. The government must grasp the nettle with both hands and take the bold steps necessary to avert yet another cycle of conflict.”

“The international community for its part must not shy away from the frank and robust response that this latest evaluation suggests is needed. In the short term, that means a further resolution at the March session of the HRC mandating ongoing international monitoring and support. In the longer term, it also means key states revisiting the more conciliatory approach that has been adopted towards the new government over the past two years, one which is evidently not yielding results for war affected communities”.

On March 22nd members of the Human Rights Council will sit to deliberate on Sri Lanka’s progress on Resolution 30/1 and, in light of the ‘expiry date’ on the text, consider the further courses of action available to it. The Sri Lanka Campaign is calling on members of the council to pass a second resolution which:

1)      Renews, without any dilution, the terms of Resolution 30/1, with a request to the government of Sri Lanka to produce a clear timetable for implementation of the outstanding commitments

4)      Acknowledges the prevailing ground situation in the North and East (including persistent patterns of serious human rights violations, militarization, surveillance and intimidation) and the barrier that it poses to lasting reconciliation