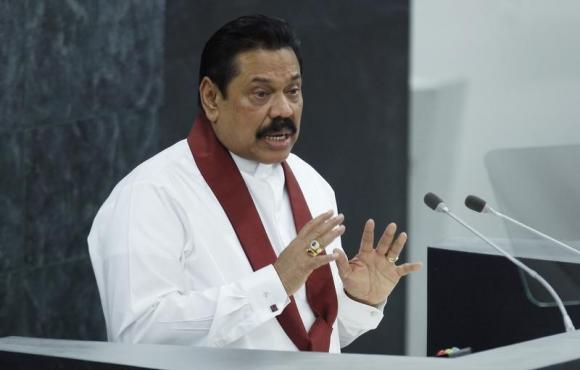 ( Reuters)  Accusations of atrocities have been rife since the end in May 2009 of conflict between ethnic Tamil separatist rebels and government forces that killed more than 100,000 people. Tens of thousands are unaccounted for.

The vote has angered the government, which says it will not cooperate or grant visas to U.N. investigators.

Without access, the United Nations may have to rely on sources such as human rights groups, diplomats and journalists for crucial information, analysts say.

Mobs have disrupted or forced the cancellation of a series of meetings and events held by charities in recent months, and analysts say the crowds disrupting such meetings sometimes have government backing.

“These mobs have the approval of the government,” said Kusal Perera, a government critic and director of the Centre for Social Democracy. “Stopping the war crimes evidence is the immediate motive.”

Government spokesman Keheliya Rambukwella denied the accusations, saying the authorities needed to be vigilant about activities carried out “in the name of democracy”.

On Monday, a mob of about 50 people broke into a Catholic church in Colombo, the capital, where families who lost touch with relatives during the war were recounting their experiences to diplomats and activists.

Witnesses said the crowd, including Buddhist monks, accused Tamils of plotting against the government by providing information to Westerners in exchange for money.

Representatives of the U.S., British, Switzerland, and German embassies were at the meeting, which was quickly shut down by the police, who said they could not guarantee the safety of participants.

The U.S. embassy issued a statement on Monday urging the government to enforce the rule of law and let citizens exercise their basic human rights, including freedom of speech and freedom of assembly.

Authorities dismissed the fracas as a private dispute, triggered by another group of relatives of the missing who wanted to recount their own stories.

The foreign ministry issued a warning to diplomats on Tuesday, accusing some of favouring the Tamil community over the majority Sinhalese and promoting mistrust between them.

“The war crimes probe is one of the government’s main concerns,” said J.C. Weliamuna, head of the Sri Lankan unit of Transparency International. “Tamils will be readily talking to these journalists, who can expose the war crimes.”
By Ranga Sirilal and Shihar Aneez
(Writing by Nita Bhalla; Editing by Clarence Fernandez)