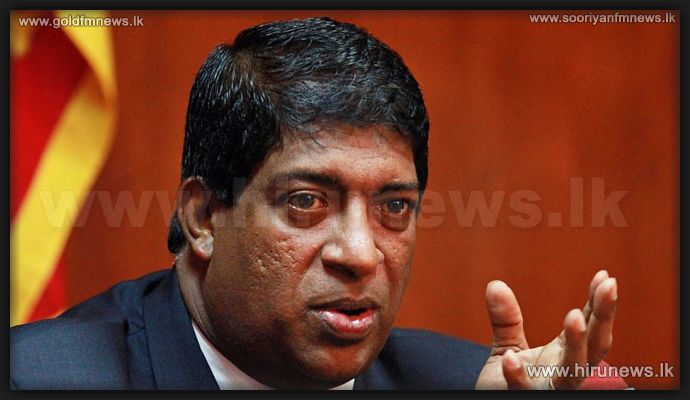 Auditor General Gamini Wijesinghe re-assures the 100% accuracy of the report he submitted stating the government has taken Rs 3,350 billion as local and foreign loans exceeding the approved credit limit of Rs 1,780 billion.

The Auditor General told Ceylon Today that the Ministry of Finance had erroneously interpreted the 2014 No. 14 Appropriation Bill, which marked the upper ceiling of government credit for year 2015.

Quoting the Auditor General\’s report, Janatha Vimukthi Peramuna (JVP) Leader Anura Kumara Dissanayaka, MP, said in Parliament on 22 June that the government had obtained over two-fold of the credit approved by Parliament.

“Not me. The Finance Ministry has erred,” said Auditor General Gamini Wijesinghe. “I have only implemented the law. The Auditor General does not submit two reports but one. Parliament approved only Rs 1,780 billion as credit for the government for 2015 as per 2014 No. 41 Appropriation Bill. But the government has exceeded that limit and obtained Rs 3,350 billion. My responsibility is to record the income and expenditure properly. I have done my duty.”

“Thinking about how to answer the IMF is the government\’s responsibility. The government should have thought of it before obtaining loans from the IMF. It is not my responsibility. I must answer to Parliament. I cannot lie and I think only for the country. I have acted according to that obligation. Moreover, the Auditor General\’s annual report is considered when IMF grants loans. I don\’t think they would proceed with loans if they consider the report of the Ministry of Finance,” the Auditor General argued.

But the breakdown of State credit, according to the Ministry of Finance, is as follows:

“We are trying to pass the Audit Bill since 2004 to capture the group that robs the people\’s wealth and resources. But this government also tries to dilute the Audit Bill. Passing of the Bill is being called off. The Minister of Finance criticized the Auditor General in Parliament in this circumstance,” the trade unions accused.

Our attempts to contact Minister of Finance Ravi Karunanayake and Deputy Minister Eran Wickremaratne to inquire about the issue failed.