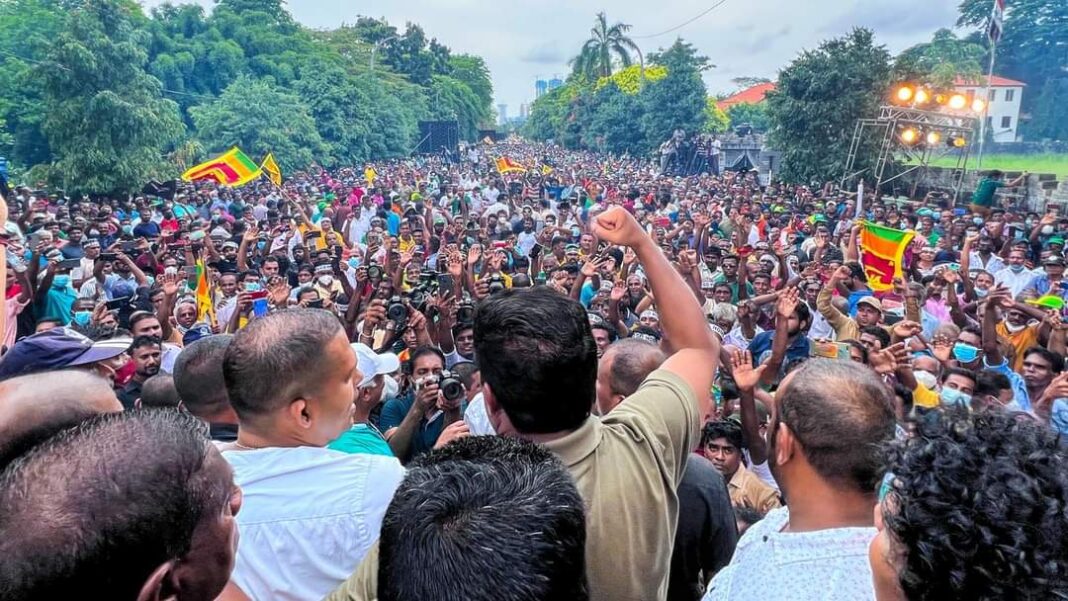 ” Government talking about a proposal which has not yet been finalised. Suppose they will submit it to the next Cabinet meeting on 06 June and get it approved. Then it has to come to Parliament and be gazetted. Thereafter, it will go to the Department of the Legal Draftsmen and then to the Justice Ministry. Even if it will get the Cabinet’s approval next Monday, it will take at least three more months to complete its process to come back to Parliament for vote. On the other hand the government says that constitutional reforms are urgent. If it is so urgent, then there is a 21st Amendment that we have submitted to Parliament in the form of a Bill. That is the one and only draft that people have seen so far. The government can take our draft if it is in such a hurry for constitutional reforms”   Chief Opposition Whip and Kandy District MP Lakshman Kiriella said yesterday.

“They have said a draft has been made and submitted to various people and organisations. But we have not seen it yet. It has not yet been submittted even to the Cabinet of Ministers.” Kiriella said.

He said that the SJB had submitted the 21st Amendment to the Constitution by its General Secretary Ranjith Madduma Bandara on April 21 as a private member motion. “It was gazetted, it went before the Legal Draftsman’s Department. There are petitions before the Supreme Court to ascertain its constitutionality. The Supreme Court judgment is to be given by 15th of this month. The government could use it,” Kiriella said.

The Chief Opposition Whip said that the SJB proposal contained many progressive proposals to ensure upholding of democracy and mechanisms to restore the rule of law. “Our Bill contains provisions to abolish current executive presidential system, to make the cabinet of ministers continuously accountable and responsible to parliament, to reduce the maximum number of cabinet ministers to 25, not to increase the number of ministers in the event of a coalition government, stringent provisions to prevent corrupt crossovers, establishment of Constitutional Council and independent commissions including Audit and Procurement Commissions, constitutional recognition of the National Security Council and establishment of a State Council to obtain advice of experts/public representations on matters of public importance,” Kiriella said.

He said that SJB reforms will put an end to the prevailing political culture of making governments by buying over MPs from other parties. “We call on the government to put our proposals into a vote in Parliament so that it will understand that the majority of MPs approve it by voting.”

edited version of a news story published in The Island