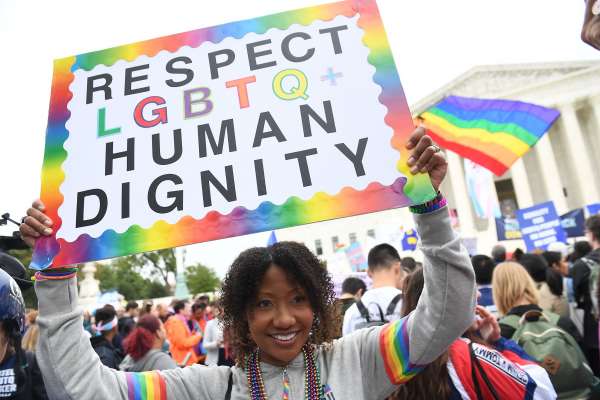 Sections 365 and 365A of the Sri Lankan Penal Code prohibit “carnal intercourse against the order of nature” and “gross indecency between persons” commonly understood in Sri Lanka to criminalize same-sex relations between consenting adults, including in private spaces. Human Rights Watch has documented that other laws, including a vaguely worded Vagrancy Law and a penal code provision banning “cheating by personation,” are also used to target transgender and gender non-conforming people for arrest. In the last few years, Sri Lankan police have raided hotels and other locations to arrest people for offences including consensual same-sex conduct. A police performance report indicates that in 2018 police brought charges against nine men for “homosexuality,” arrested in five such raids.

Police have carried out many such arrests with violence. Among the 61 lesbian, gay, bisexual and transgender (LGBT) people interviewed for a 2016 Human Rights Watch report, 16 had experienced physical or sexual assault, including rape, by the police.

The World Health Organization has denounced the exams as a form of violence and torture. The World Medical Association has called on all medical professionals to stop conducting the exams, saying that it is “deeply disturbed by the complicity of medical personnel in these non-voluntary and unscientific examinations, including the preparation of medical reports that are used in trials to convict men and transgender women of consensual same-sex conduct.” The judicial medical officers who carried out the exams in Sri Lanka are fully qualified medical doctors, employed by the Justice Ministry, and are bound by standards of medical ethics.

The lawyer also said that in 2019, police forced a transgender man to undergo a so-called “virginity test” in which a judicial medical officer inserted two fingers inside the man’s vagina. The police attempted to prosecute the man for same-sex conduct, but a magistrate dismissed the case, recognizing the trans man’s gender recognition certificate and his marriage to a cisgender woman as valid. Virginity testing is a form of gender-based violence. In November 2014, the World Health Organization stated unambiguously that, “There is no place for virginity (or ‘two-finger’) testing; it has no scientific validity.”

Sri Lanka has ratified core international human rights treaties that obligate the government to protect people’s rights not to experience violence, discrimination, torture, and other ill-treatment. Sri Lanka’s constitution at article 11 and its Convention Against Torture Act recognize the absolute prohibition of torture. Furthermore, fundamental rights recognized by the Sri Lankan Constitution includes nondiscrimination under article 12(2) which states that “No citizen shall be discriminated against on the grounds of race, religion, language, caste, sex, political opinion, and place of birth or any one of such grounds.”

In 2014, the government stated at the UN Human Rights Council that discrimination against lesbian, gay, bisexual, transgender, and intersex (LGBTI) people was unconstitutional and that LGBTI people were protected under the Right to Equality provisions of Sri Lanka’s Constitution. The government, through its Attorney General, further stated that sections 365 and 365A of the penal code were not used to target LGBTI Sri Lankans and that to enforce the law in a discriminatory manner against LGBTI persons was unconstitutional. In 2017, the government reiterated its 2014 position and accepted recommendations from Council members to end discrimination against LGBTI people. The government made a “voluntary pledge” to “[e]nsure and strengthen respect for fundamental rights of all persons, including those from the LGBTIQ community, and address concerns raised in that regard.”

“The recent evidence of violence and harassment against the LGBTIQ community by law enforcement here is gravely concerning,” said Rosanna Flamer-Caldera, executive director of EQUAL GROUND. “Sri Lanka must respect its commitment to the UN to protect the fundamental rights of LGBTIQ people, including by ending arbitrary arrests and by banning torture and other mistreatment by the authorities.”