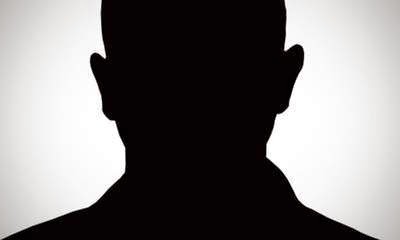 While we need to be concerned about the human rights of convicted prisoners and of those in remand custody we need to give as much if not more concern to the victims of crime and the witnesses who testify to it. Three weeks before the Commonwealth Summit in Sri Lanka last year, the Cabinet approved draft legislation to protect victims and witnesses of crime, a key recommendation of the Lessons Learnt and Reconciliation Commission and repeatedly called for by rights activists and the United Nations.
Justice Minister Rauff Hakeem presented the Assistance and Protection of Victims of Crime and Witnesses Bill to the Cabinet during a meeting in October last year. The Bill was referred to a Cabinet Sub Committee before being presented in Parliament, but nine months have passed-by and the Bill appears to have gone here, there and nowhere as did so many other Bills and promises.
The proposed Law was intended to make important changes in the criminal justice system to bring about a balance between the rights of an accused, the rights and entitlements of victims of crime and the entitlements of witnesses, and will thereby facilitate the conduct of fair trials and justice being meted out to both victims of crime and the accused.
Protection for witnesses was highlighted in the Government-appointed LLRC recommendations. The LLRC had heard testimony in camera from hundreds of witnesses about disappearances and events during the final phase of the war. The UN Human Rights High Commissioner Navi Pillay—who is soon expected to name an independent international panel to probe alleged war crimes in Sri Lanka–had repeatedly called for the enactment of the legislation to encourage witnesses to come forward with evidence on alleged rights abuses during the final stages of the war.
A legendary publisher has said news is something that someone wants suppressed; the rest is advertising. In that context we wish to ask the Government today as to who is suppressing this victim and witness protection legislation and for what reason. While the legislation is locked-up somewhere obviously to serve the interests of some VVIPs, the need for it was highlighted in a case which has hit international headlines and provoked a hard-line by the British Government on other human rights issues relating to Sri Lanka.
The case involves Tangalle Pradeshiya Sabha Chairman Sampath Widanapathirana who along with others is alleged to have killed British Red Cross worker Khuram Shaikh and brutally gang-  raped his Russian girl friend in a hotel on Christmas Eve 2011. While the evidence of many prosecution witnesses was undermined and there were fears about their safety because the politician concerned is known to have powerful connections, we commend the three Judicial Medical Officers L. S. Dhammi Gunahewa, Chandana Priyanath and Kithsiri Wijeweera who courageously spoke out in court last week and showed the full brutal picture of what had happened.
The Rajapaksa regime is facing a severe crisis on many international fronts. Reports also say that UN Human Rights High Commissioner Navi Pillay is finalising plans to appoint an independent international panel to probe alleged war crimes. With all these international crises facing the Rajapaksa regime the implementation of the victim and witness protection legislation could be one of the effective steps in the right direction.
DM
Share
Facebook
Twitter
WhatsApp
Pinterest
Email