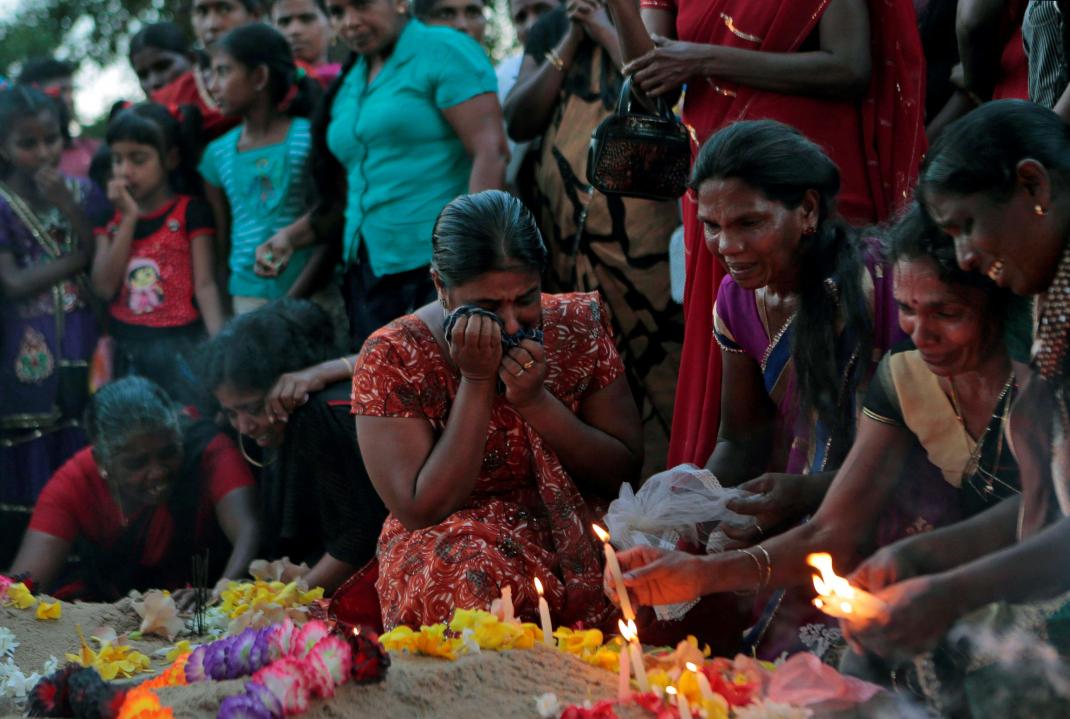 (New York) – Ten years since the end of Sri Lanka’s brutal civil war, the government has failed to provide justice for the conflict’s many victims, Human Rights Watch said today. The conflict ended on May 18, 2009, with the total defeat of the Liberation Tigers of Tamil Eelam.

“The end of Sri Lanka’s long civil war in May 2009 provided an opportunity not only to rebuild shattered lives and society, but also to restore respect for rights and the rule of law,” said Meenakshi Ganguly, South Asia director. “Yet successive Sri Lankan administrations have frittered away this opportunity, failing to investigate atrocities by both sides, hold those responsible for the worst crimes accountable, or provide truth and reparations to the victims.”

Under Human Rights Council Resolution 30/1, Sri Lanka committed to 25 key undertakings across a range of human rights issues. A core pledge was to set up four transitional justice mechanisms to promote “reconciliation, accountability and human rights” in the country. These included an accountability mechanism involving international judges, prosecutors, investigators, and defense lawyers; a truth and reconciliation mechanism; an office on missing persons; and an office for reparations.

The Office on Missing Persons and the Office for Reparations overcame delays and were established, but neither is fully functioning. There has been no progress on establishing a war crimes tribunal with international involvement. Instead, Sri Lankan political leaders have repeatedly opposed using foreign judges, who would be less vulnerable to threats, and said that “war heroes” will be protected from prosecution.

In March 2019, the UN high commissioner for human rights, Michelle Bachelet, told the Human Rights Council that in  justice, is necessary to restore the confidence of victims from all communities.”

Numerous UN experts and treaty bodies since 2015 have highlighted the marginalization and misrepresentation faced by minority communities, as well as a trust-deficit between these communities and the government that has been due in significant part to a culture of impunity.