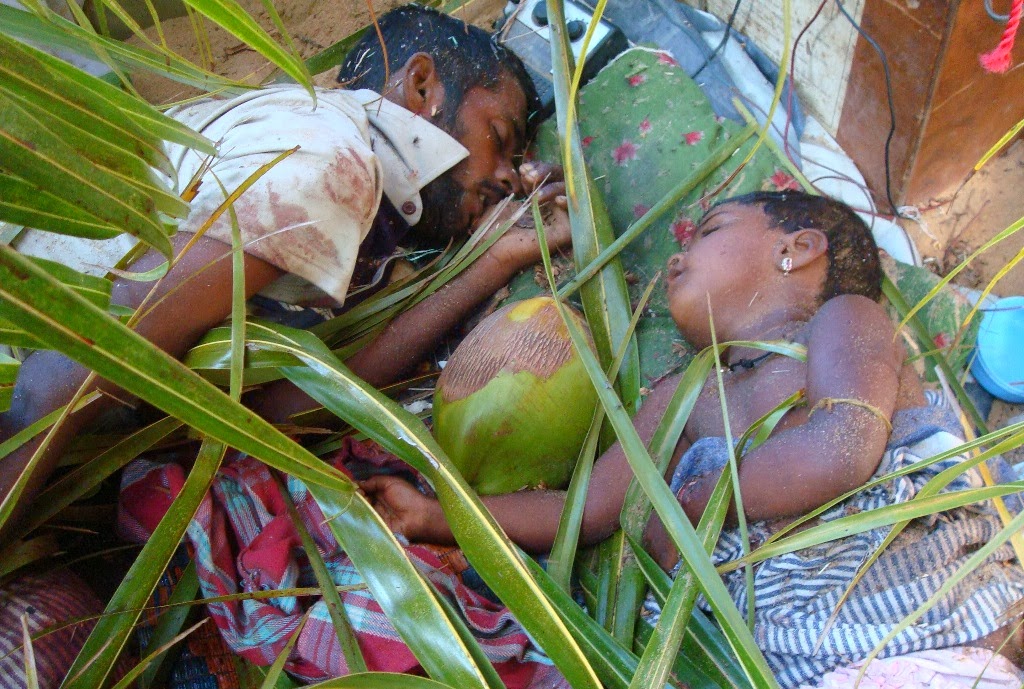 US draft stops at Navi Pillai inquiry into HR crimes of ‘both parties’ by TamilNet
A draft resolution on Sri Lanka that is to be tabled at the UNHRC later this month by the USA, UK, Montenegro, FYR of Macedonia and Mauritius was put to circulation on Monday. Contrary to the trumpeting by sections among Tamils expecting US-UK justice through international investigation on war crimes, the draft just harps on OHCHR investigation into “alleged violations and abuses of human rights and related crimes by both parties in Sri Lanka.” On the other hand, the draft that fails in recognising Tamils even by name not only provides more space and time for the completion of their structural genocide but also binds the UNHRC with supporting the “unified land” of the genocidal State.

The extent of the open insult by the US-UK draft to the national question of the genocide-facing nation of Eezham Tamils could be seen by the draft’s call upon the Government of Sri Lanka to investigate the Weliweriya incident being treated on a par or even preceding the draft’s ‘encouragement’ to the government to provide the NPC and its chief minister “with resources and authority necessary to govern, as required by the 13 Amendment of Sri Lanka’s constitution.

The East is not only abandoned totally to its genocidal plight politically, but also militarily, as the draft reminds the demilitarisation of only the North.

Counting the trees, and allowing the crux of the matter to continue, the US resolution as usual was harping on the implementation of Sri Lanka’s LLRC farce and cosmetic changes for the whole of the island.

The ‘transitional justice’ the draft is envisaging in the form of only accountability and reparations, seems to offer a range of escape routes to the Sinhala State and its international genocidal partners to escape by hoodwink, while materialising the ultimate agenda, i.e., completion of genocide that is agreed upon between the partners for their mutual benefit.

The resolution, without any mention of Tamils even by name, was reducing the national question of genocidal magnitude into petty issues of ‘minorities’ or ‘religious minorities’. The solution it was envisaging was ‘devolution of power to the provinces’, treating the historical issue in the island as something administrative, common to all in the island.

The draft at its maximum engages the OHCHR into another investigation as a camouflage and provides one more year for the Sinhala State to continue with the genocide and annihilation of the nation of Eezham Tamils in the island.

The UN High Commissioner for Human Rights Ms. Navi Pillai, who will be conducting the investigation in the event of the resolution getting through, denied of even hearing about genocide when she visited the island last [See video evidence below].

In the dictionary of the US Administration, applied in the context of Eezham Tamils, ‘reconciliation’ means subserviently accepting genocide.

The draft further confirms that the USA and UK, the main architects of the genocidal war against Eezham Tamils in the island, are determined to see the completion of the structural genocide too, with irreversible effect.

The inclusion of Mauritius in tabling the resolution is seen as New Delhi’s partnership by proxy with the US-UK designs.
Tamil Net