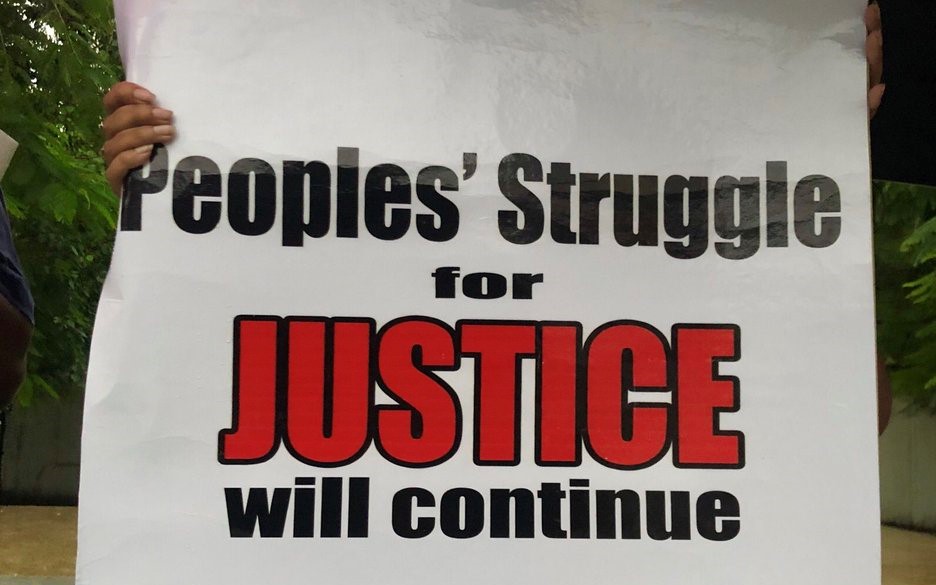 In an act that smacked of political desperation after it became evident his party may not be able to show majority in the House, President Maithripala Sirisena yesterday dissolved Parliament with elections likely to be held on 5 January.

The Gazette, which was sent by the Attorney General’s Department on Friday evening, was signed by President Sirisena, confirmed a top Minister to Daily FT. The nomination period will be from 19 November to 26 November, according to the Gazette. The new parliament will meet on 17 January 2019. Earlier in the day, the President also issued a Gazette bringing the Government Printing Department under his preview, triggering widespread speculation of a dissolution.

“According to election regulations, which gives three weeks for the Election Commissioner to call for nominations and another five to eight weeks to announce the date for elections, we can speculate polls will be held in early January,” the Minister said.

Upon being notified of the snap decision to dissolve the House, top members of the United National Party (UNP) convened for an emergency meeting to strategise on the next possible course of action. It is also possible the UNP will seek the intervention of the Supreme Court, sources said.

UNP Spokesman Harin Fernando was irate about the President’s decision and insisted it was “undemocratic and unconstitutional”.

Earlier in the day, UNP member Dr. Harsha de Silva heavily criticised a possible move by the President to dissolve Parliament, insisting it is a violation of the Constitution.

“Heavy speculation President Sirisena will dissolve Parliament tonight. I doubt he will go that far to tear our Constitution to pieces. If he does, then he might as well remove the word ‘Democratic’ from the official name of our country,” tweeted UNP politician Dr. Harsha de Silva. “It is crystal clear in the Constitution that 150 MPs must seek its dissolution as per the 19th Amendment.”

Janatha Vimukthi Peramuna (JVP) Propaganda Secretary Vijitha Herath criticised the dissolution as unconstitutional and said the Elections Commission has power to reject this order and seek an opinion from the Supreme Court.

“We will wait and see what action the Elections Commission takes,” he added.

Elections Commission Chairman Mahinda Deshapriya told Daily FT that he will have to immediately summon the Commission once the Gazette is issued.

“We are like the fire brigade, ready at any given time,” he quipped.

The latest move will nullify efforts by Speaker Karu Jayasuriya to conduct a vote to decide the majority in Parliament, which was expected on 14 November. Several countries, including the European Union and Australia, had issued statements calling for the vote to be held on the same day despite numerous SLFP voices insisting that business of Parliament must be held on a different day to the President’s Throne Speech. They quoted precedent as a reason but Jayasuriya had indicated that he was ready to dismiss Standing Orders to hold the vote.

Dissolution of Parliament was announced after President Sirisena filled the last seats of his Cabinet, mostly from members of his own party after the spate of crossovers stopped. Media Minister Keheliya Rambukwella acknowledged to reporters on Friday afternoon that UPFA does not have the required members to make up the 113 seats in Parliament.

The dissolution called by President Sirisena is likely to deepen political uncertainty in Sri Lanka and have a negative impact on the economy, which was readying to go to international capital markets to build buffers to repay about $ 3 billion in 2019 and strengthen reserves to control a depreciating currency. The rupee has depreciated an estimated 14% so far this year. Moody’s, releasing a statement last week, said the political uncertainty was a credit negative for Sri Lanka and warned that it could face refinancing challenges.

The dissolution of Parliament was described as the latest in a series of undemocratic acts by Sri Lanka’s politicians by Political Analyst Kusal Perera.

“9 January 2015 created the precedence for the President to use Constitutional provisions to establish Governments of his choice irrespective of the people’s mandate. No point in us calling the latest move an unconstitutional act as this started three years ago. If we want good governance, we should establish democracy and strengthen it,” he said.