Sri Lanka: Defending non-implementation of the LLRC in Geneva 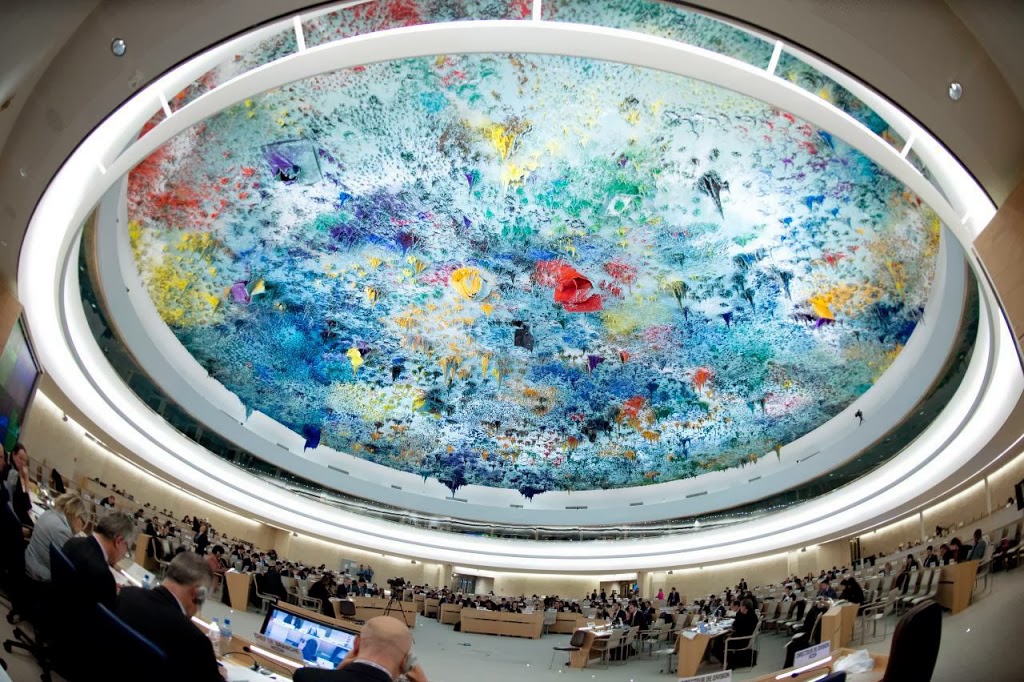 The Rajapakse Administration has deployed a key architect of its post war policy towards minorities and war affected communities in Presidential Secretary Lalith Weeratunga, through his position as Chair of the Action plan to implement the LLRC, to be the chief defender of the Government’s case to the international community in general and the UNHRC stakeholders in Geneva in particular. Government ministers have also been given their briefs and are traversing the globe to lobby member nations of the UNHRC against a third US sponsored resolution on Sri Lanka. There is little doubt, that like in 2012 and 2013, another resolution on Sri Lanka would be carried by the UNHRC, decrying Sri Lanka’s post war policy trajectory.
The argument used by the government internationally, completely contrary to all the facts, is that it has in fact implemented much of the LLRC recommendations. This from a government which post war even stopped Tamil children from singing the national anthem in their own language, something which had been occurring even at the height of the war. Now the government’s National Action Plan itself is hugely deficient in regard to implementing the LLRC, dumping at the outset most of the key recommendations it finds troublesome. Most of the other proposed actions, do not really implement the recommendations or achieve the outcome the LLRC desired, such as assigning the Terrorism Investigation Division (TID) often accused of disappearances to investigate them or instructing the AG department which post 18thAmendment dispensation comes directly under the President and is the judicial defender of the government to take necessary action.
Furthermore there has been no progress in giving back the private lands in the now redundant artillery range perimeters of the former high security zones in the North, especially in the Waligamam North area, almost five years after the last threat of artillery to security forces was eliminated for good on the banks of the Nanthikadal lagoon in Mullativu. There has been no progress on releasing almost eight hundred persons detained for over ten years under the PTA.  Most provisions of the Emergency regulations continue under the Public Security Ordinance and consequently the military is deployed country wide for what should be civilian police law and order purposes, with disastrous consequences as we witnessed in Weliweriya. There have been no indictments on the murder of seventeen aid workers of Action against hunger nor of the murder of five Tamil school boys in Trincomalee. However,  notwithstanding all these facts the Government would internationally with a snazzy power point presentation claim that it has largely implemented the LLRC. For all those countries and organizations not dependent on government propaganda for information, including the office of the High Commissioner for Human Rights, it is unsurprising that they find the Sri Lankan government deficient in addressing either the causes or effects of the war and moving meaningfully towards reconciliation.
On the domestic front the government has hugely ramped up its propaganda efforts with regard to the UNHRC resolution. The provincial election campaign for the Western and Southern provincial councils will be largely influenced by the UNHRC resolution, though foreign policy is not even remotely within the ambit of provincial administration. However the political argument the government is making domestically is quite different from what it makes internationally. Domestically the government seeks to promote the political view that it is the defender of the majority ethno religious community, the Sinhala Buddhists, who must be protected from conspiratorial forces, mostly in the west and also in India and that such a defense is best done by rolling back the 13th amendment, hence the proposed 19th amendment (fortunately pushed back by the old left and more pluralist forces within the ruling alliance) ,by denying Tamil children the right to sing the national anthem in Tamil and by allowing Muslim Mosques and Christian churches to be attacked by organized thugs with complete impunity.
Now the main political opposition led rather ineffectively by the UNP and on a smaller scale but much more energetically by Anura Kumara Dissanayake’s JVP and General Fonseka Democratic Party, have in fact made several key counter arguments to the government’s politics, though yet to make their voices effectively heard above the government juggernaut and media self censorship. They have argued the following. The UNHRC resolution on Sri Lanka is due to the failed policies of the government and the government is leading Sri Lanka to increasing international isolation, especially from the West, by its policies. Former foreign minister Mangala Samaraweera is perhaps the most erudite and eloquent exponent in this regard.
Further the interest of all Sri Lankans and especially that of its majority ethnic group lies in a Sri Lanka that is not at odds with much of the world and that the implementation of political measures already on the books, such as the 13th amendment to the constitution, which was at the end only opposed by the LTTE, should now be implemented, together with the LLRC recommendations thereby providing the political basis for post civil conflict national reconciliation and a durable and lasting peace. Unfortunately the wisdom of such an approach seems to have no currency in the corridors of powers of the Government and in the event of violations of our international treaty obligations, the world will continue to push the issue in appropriate multilateral forums such as the UNHRC.