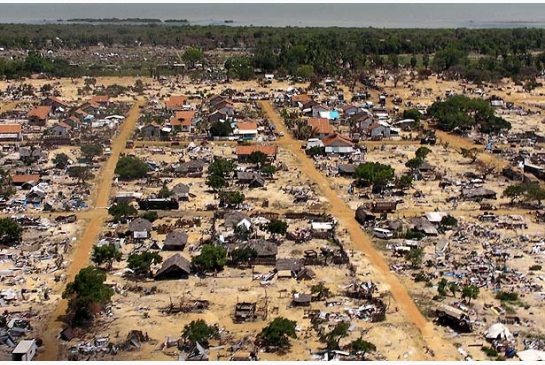 Shihar Aneez And Ranga Sirilal /Colombo — Reuters
Sri Lanka began counting the dead from its 26-year civil war on Thursday, less than two weeks after the island nation came under intense international pressure to investigate allegations of war crimes during the climax of the conflict.
About 16,000 officials will spread out across the country in a major operation that the government said would take six months to complete.

More than 100,000 people are believed to have died during the 1983-to-2009 war between Tamil Tiger separatists concentrated in the north and government forces.

In the most contentious, bloody phase, about 300,000 civilians, mostly ethnic minority Tamils, were trapped on a narrow beach during the army’s final onslaught on rebels, and a United Nations panel estimates 40,000 non-combatants died in a few days.

Both sides committed atrocities, but army shelling killed most victims, the panel concluded.

D.C.A. Gunawardena, director general of the Department of Census and Statistics, said the country-wide survey would assess the death toll and damage to property since 1982.

But he conceded that the census could not give a full picture of the scale of losses.

“There is a limitation,” Gunawardena told Reuters. “If somebody’s whole family died or fled the country, then nobody will be there to give their details.”

British Prime Minister David Cameron said during a Commonwealth summit in Colombo this month that he would push for an international inquiry into allegations of war crimes if Sri Lanka did not conclude an independent investigation by March.

President Mahinda Rajapaksa, whose brother and defence secretary Gotabaya was one of the main architects of the war’s endgame four years ago, said he would conclude the investigation, but in his own time.

The government has disputed the number of dead and missing Tamils. A state-run newspaper published an article earlier this month entitled “What are the names of the ‘40,000 dead’…?”

The report in the Daily News added: “On what grounds can they claim it was the armed forces who killed them? Where are the dead bodies, at least the skeletons, and how did the army manage to bury so many dead bodies?”

“I welcome the fact that the focus of the human rights issues during the Commonwealth summit has clearly put pressure on the government finally to confront the truth,” he said.

“Again and again, the government has come up with ways of deflecting pressure. What we finally need is real action, not words to confront those crimes.”

A separate commission appointed by Rajapaksa to look into people who disappeared in the north and east of the country between 1990 and 2009 has received around 8,000 complaints, half of them from families of military personnel, officials said.

Maxwell Parakrama Paranagama, head of the commission, said an independent team would be set up to look into the credibility of the complaints.

“Most … are about the final days of the war,” he told reporters in Colombo on Wednesday. The commission has asked for more time to study the complaints.

During Cameron’s visit to Sri Lanka, he visited the north where protesters took to the streets seeking his backing in locating missing relatives. Government supporters also waved placards in opposition to his visit.