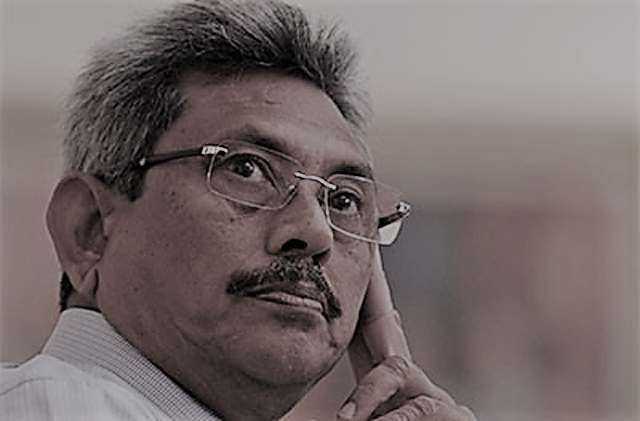 A corruption case filed against former Defence Secretary Gotabhaya Rajapaksa and seven others for allegedly causing a Rs.11.4 billion unlawful loss to the government by permitting Avant-Garde Maritime Services (Pvt) Ltd to operate a floating armoury was fixed for August 11 by Colombo Chief Magistrate’s court on 12th July.

When the matter came up before Chief Magistrate Lal Ranasinghe Bandara, both parties were directed to submit their written submissions regarding defence’s preliminary objections before next hearing date.

The Defence Counsel further moved Court that the notices issued against the accused be recalled since the notices were done injuria.

At a previous occasion the Chief Magistrate had allowed to proceed with the case in absentia of second accused Sujatha Damayanthi, former Additional Secretary to the Defence Ministry.

The Commission to Investigate Allegations of Bribery or Corruption filed this case against eight accused under Section 70 of the Bribery Act.

The Bribery Commission alleged that the accused had given permission to Avant-Garde Maritime Services (Pvt) Ltd to operate a floating armoury between August 7, 2012 and January 8, 2015 in violation of laws by providing unlawful income to this private company, amounting to Rs.11.4 billion.