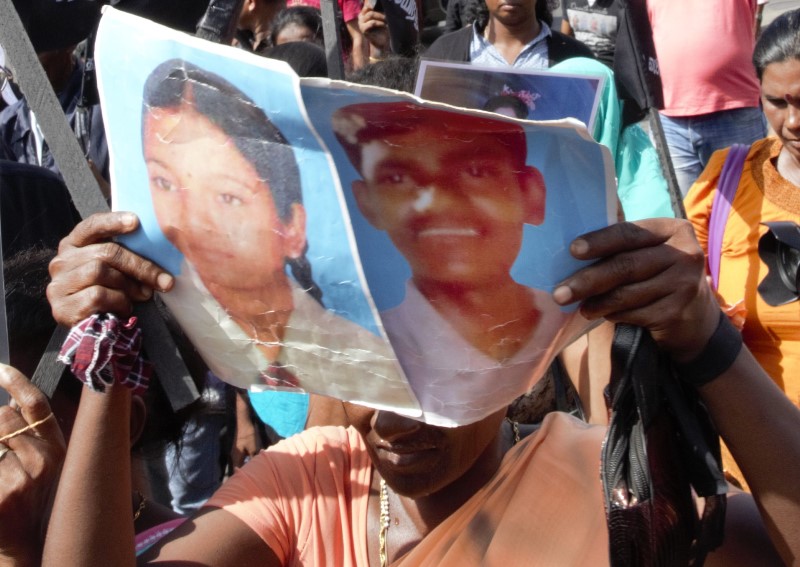 The Cabinet of Ministers on Tuesday the 25th  approved the establishment of an Office for Missing Persons. The Office will help several thousands families of missing persons across Sri Lanka to discover the fate of their loved ones, and the circumstances under which they went missing.  The need to set up such an office is particularly acute as Sri Lanka has one of the largest caseloads of missing persons in the entire world – the result of uprisings in the South and the war lasting nearly three decades. This Office is the first of the four mechanisms dealing with conflict-related grievances that the new Government pledged to establish and legislation will soon be presented to parliament to make that commitment a reality.

However, the Southern uprisings and civil war, created the need for new commissions to deal with this issue. The 1995 Zonal Commissions, established by former President Kumaratunga, and a subsequent follow-up commission, investigated cases beginning in 1987. More recently, the Lessons Learned and Reconciliation Commission (LLRC) noted that the GoSL is “duty bound” to ensure that allegations of missing persons are properly investigated.

The LLRC asserts that relatives of missing persons have the right to know the whereabouts and the “truth about what happened” to their loved ones. This allows them the possibility of ‘closure’ and also enables them to seek appropriate legal remedies. However despite these commissions, some formed in the aftermath of the LLRC recommendations, and which have collected over 20,000 complaints, the vast majority of cases still remain unresolved.

By contrast, this permanent Office will ensure that measures are taken and recommendations made so that Sri Lankans no longer have to fear being disappearance. The new office has been established to systematically address the issue of missing persons after a rigorous review of best practices both in Sri Lanka and across the world – including Uganda, Bolivia, Argentina, and Uruguay which have all had missing persons offices.

Chile, El Salvador, Guatemala, Peru, Ghana and South Africa, which also had commissions that dealt with the issue of missing persons, were also studied.

The OMP will be composed of commissioners and officers of the highest moral integrity, constituted at the highest level by the President, on recommendation of the Constitutional Council. It will have a victim and witness protection unit and will also provide victims access to administrative, legal and psychosocial support, when victims may require it. This Office will not duplicate the work of other Commissions. It will absorb previous records in to a centralized system, aiming to complete outstanding investigations and finally provide families with the answers that they have long sought. The OMP will work in tandem with the other post-conflict mechanisms, and along with the implementation of the convention on enforced disappearances, will prevent the re-emergence of the white van culture contributing to the safety and security of all Sri Lankans.