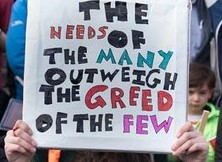 On the 5th of March, a long-delayed Budget was presented in Parliament by the Minister of Finance Mangala Samaraweera. While this delay is indicative of the major economical set backs caused by the political upheaval that took place last year on October 26th, the budget itself is a blueprint of the Government’s priority list for the upcoming year. At this juncture four years down the line, with the Government still trying to recover from the impact of the political puncture made last October, will they stick to their guns on the nation’s commitment towards reconciliation and peace? Or in an attempt to take control of the country’s political narrative- will the government silently change directions towards something less crucial and more convenient to market?

What’s the deal with reconciliation?

Since January 2015, the word Reconciliation has been tossed around the general discourse so frequently by the Government and at many politically convenient turns by the opposition, that it is natural for questions such as what has really been done? or what will be done this year? to arise not only among the public, but especially among victim groups who are directly impacted by Government policies and promises on the matter.

These victims are often individuals or families whose entire lives have been transformed by war and conflict. For them, reconciliation is not an alien word imposed upon them through Western conspiracies. It is the chance to get an education, access to healthcare and clean water, to reclaim the lands they grew up on, or the chance to find a missing relative who they do not know is dead or alive, or simply to rebuild their livelihoods in order to survive through to the next day. The Government’s commitment to reconciliation in that sense is a basic support structure to heal victims from the wounds of war, riots or insurrections that are fresh and present in their daily lives, even many decades after the end of those conflicts.

However, this is not a need that is readily visible or a plea that can be sympathized with for most citizens who are not directly impacted by whether the Government provides a system of support for these victims or neglects their needs. Despite the clear possibility of such neglect leading to insecurities among the marginalized, generational grudges, and even a threat to our nation with the prospect of outright conflict- the Sri Lankan public can still easily be sold the concept of foreign intervention. It is a convenient bait dangling on the end of political maneuvering.

Yet, the Budget is a powerful tool of mapping out the Governments priorities in terms of its commitment to reconciliation and peace; and looking more closely at it, there is a gleam of hope that the Government will persevere. A significant portion of the 2019 budget was directed towards reconciliation, strategically focusing it on economic empowerment. Creating economic stability through sustainable livelihoods is a means of granting independence to victims who are caught in a vicious cycle of loss and dependence.

What will be done this year?

With this in mind, the budget has allocated funds for a large scale debt relief scheme and for providing water and electricity facilities for houses destroyed in the North and East, rehabilitating a giant tank to provide agricultural facilities in Mannar, the Small Industries Producer Co-operatives program set up to urgently create jobs and decent incomes for victims, an integrated project for toddy bottling and production of jaggery set up in the North, and for development activities in war affected areas through the ‘Palmyrah Fund’ that also channels resources towards addressing alcoholism, drug abuse, youth unemployment, counselling etc.

Financial support has also been given to the Office for Reparations and the Office on Missing Persons as well as for other projects such as the ‘Sahodhara Pasal’ student exchange program between schools in the North and South, the ‘Viruliya Shakthi’ programme for military widows etc. Finances have also been allocated to the Secretariat for Coordinating Reconciliation Mechanisms (SCRM) in order to communicate and build awareness on the importance of reconciliation island wide through the facilitation of programs, workshops and events between key stakeholders.

The Government’s request to the UNHRC to extend the timeline granted to fulfill the commitments made through Resolution 30/1 is another sign of its dedication to address the issues of reconciliation, peace building and national integration.

The vote on the 2019 Budget will be held on the 5th of April. If the Government delivers on the promises it has made regarding creating sustainable livelihoods and assisting war victims who are heavily indebted and marginalized, this will prove to be what’s most beneficial for development in its true sense.

As responsible and concerned citizens we should be looking out for those of us who are still suffering or marginalized. We must be vigilant about if the Government is delivering on the guarantees made in 2015, if they are silently deviating from those promises right under our nose, or if money is really being spent in the right places. So far peace is still a priority.