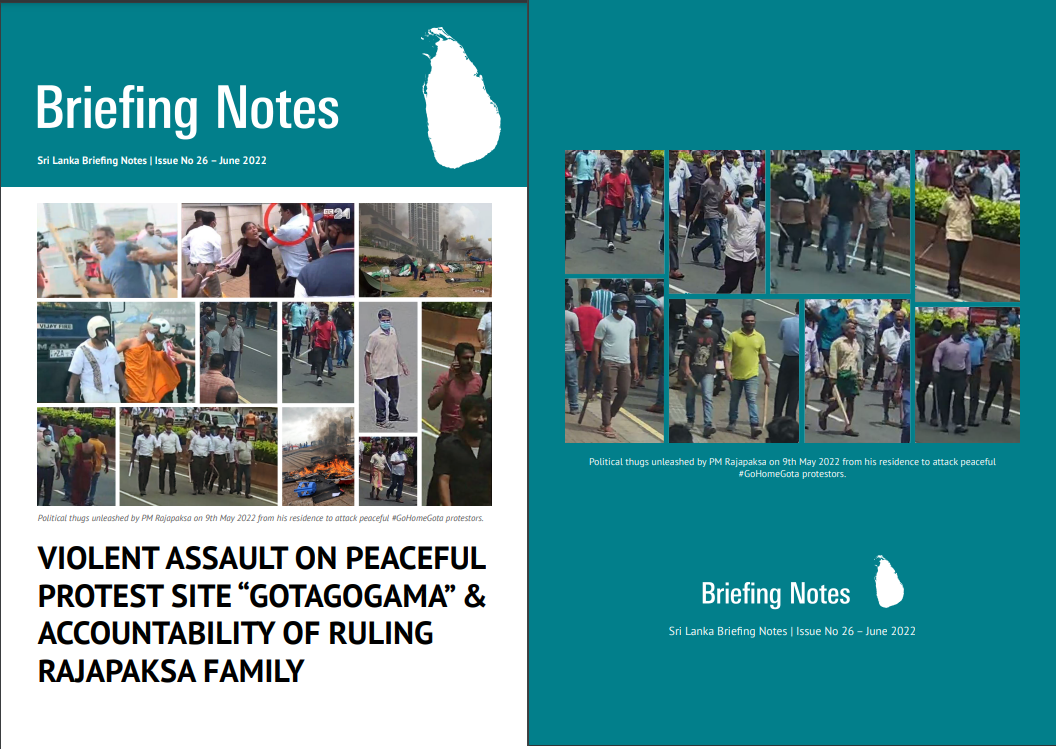 Introduction to Aragalaya, the Struggle of Love

The Sri Lankan youth-led peaceful #GoHomeGota protest, occupying Galle Face Green in Colombo, calling for the resignation of the President passed the 50th day on 28th May 2022. The protest site is named “GotaGoGama”, i.e. “GotaGoVillage”. In June 2022, the protest is still ongoing.

The early and localized protests calling for economic justice in the face of a deepening crisis begun in the suburbs of Colombo in mid-March and evolved into a country-wide movement.
The public demand of #GOHOMEGOTA continues to be echoed by tens of thousands of people who flock together at Galle Face Green and the hundreds of thousands who protest all over the country. The Aragalaya has already won many victories for the people. Most importantly, the people of Aei Lanka have learnt how to agitate for change without resorting to ethnic or religious divisions.

The protesters demand a new Sri Lanka and call for economic justice and strong social protection, especially for the working people in the country. This political awakening is redefining the role of the citizens and the relationship between the citizen and the state with a clear message: change can only begin with #GoHomeGota. This must be followed by other steps including constitutional, legal, and economic reforms that are essential to address the growing humanitarian, economic, and political crisis and ensure stability in Sri Lanka.

This report outlines the repressive measures taken by the ruling Rajapaksa family to suppress people’s right to protest peacefully. The incidents, however, show the determination of the protestors to be peaceful and non-violent.

The mass-scale violent assault on the protest site “GotaGoGama” was planned and launched under the leadership of the then Prime Minister Mahinda Rajapaksa from his own residence. His culpability for the violent assaults that prompted a chain reaction of counter violence is clear. This report provides evidence of this heinous crime pre-planned and led by the ruling Rajapaksa family in Sri Lanka.

Conclusion: Accountability for the May 09th Assault

The youth-led #GoHomeGota protest in Sri Lanka has been an exemplary peaceful and non-violent campaign. Since the Mirihana protest on 31st March 2022 until 9th May 2022 no violence was reported on the part of the protestors. The protests were all inclusive and non-discriminatory. All sections of the society embraced the struggle as their own.
The assault on the “GotaGoGama” protest site at Galle Face on 9th May 2022 was pre-planned with the knowledge of the political leadership of the Government. The assault was organised within the then Prime Minster Mahinda Rajapaksa’s residence, Temple Trees. President Gotabaya Rajapaksa also had prior knowledge of the attack.

The assault was the culmination of a series of suppressive measures taken by the Rajapaksa Government against the “struggle of love”, the Aragalaya. Despite all those anti-democratic suppressive measures the #GoHomeGota protests remained peaceful while gathering strength day-by-day. People have started to claim their rights. The Government was under siege by the people’s peaceful protests. The culmination of the protest had made the ruling family isolated.

Then the political establishment, led by Rajapaksa family, decided to unleash violence against the Aragalaya.

There are ample video and photographic evidence to prove that the bussed in supporters of Mahinda Rajapaksa were indoctrinated by the SLPP leading figures, like former Minster Johnston Fernando with vicious hate. Heir apparent of the Rajapaksa family, former Minster Namal Rajapaksa, was mingling with the mob. The mobsters were provided with wooden poles and iron rods inside the PM’s official residence. They were made to consume alcohol and the mobsters were then sent on the destructive violent mission.

On their own admission, the police hierarchy up to the Inspector General of Police had prior knowledge of the planned violent attack. The two most senior persons that had authority over the subordinated police officers ordered not to stop Mahinda Rajapaksa’s mobster army.

Video evidence shows that SDIG Dehabandu Thennakoon, who was at the scene of the attack, colluded with the SLPP MP Sanath Nishantha who was leading the attackers. Thennnakoon failed in his duty as a senior police officer to protect the peaceful protesters from Mahinda Rajapaksa’s violent mob.

Counter violence that shook Sri Lanka on the night of the assault was triggered by the thenPrime Minster Mahinda Rajapaksa’s planned violence on peaceful protestors. No protestor has condoned the violence.

The Government now uses the unfortunate but spontaneous counter violence to suppress the rights of human rights defenders and the Aragalaya itself.
Given all this evidence, it is clear that former PM Mahinda Rajapaksa, former Minister Namal Rajapaksa, former Minster Johnston Fernando, IGP Wickramaratne, and SIDG Thennakoon, among others, are directly responsible for the unprovoked violent assault on the “GotaGoGama” peaceful protestors on 9th May 2022. This was a planned criminal act.

In this context, the national and international human rights community has a duty to collect all incrimination evidence on the 9th May attack, launched from the Sri Lanka Prime Minsters’ residence and make sure that the real culprits are brought to justice.
The accountability for crimes against peaceful protestors should be on the agenda of international human rights mechanisms and organisations on the “Promotion and Protection of Human Rights in Sri Lanka”.