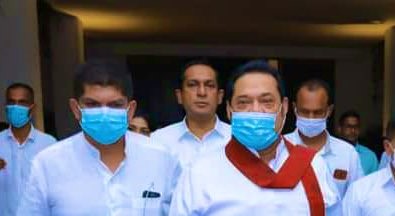 Image: Minister Lohan Rattwatte is a close friend of the Rajapaksa family.

Sri Lanka Bar association has called for legal action against minister Lohan Rattwatte, who had entered the Anuradhapura prison and threatened to kill a Tamil detainee.

The incident which took place eon National Prisoner’s Day (12 September) has been reported in the media widely.

BASL has not mention the incident in their statement and has dealt only with the  resignation of the minster from his his Prison Management  the portfolio and its aftermaths.

“The allegations against him are such that Mr Ratwatte can no longer command the trust or responsibility of not only a government minister charged with duties in respect of prisons, but also as a minister holding any other portfolio and as a Member of Parliament.

It is imperative that independent and impartial investigations into these alleged criminal acts are conducted expeditiously. The BASL has noted time and again that the State has a duty to protect prisoners in their custody” it furtherr 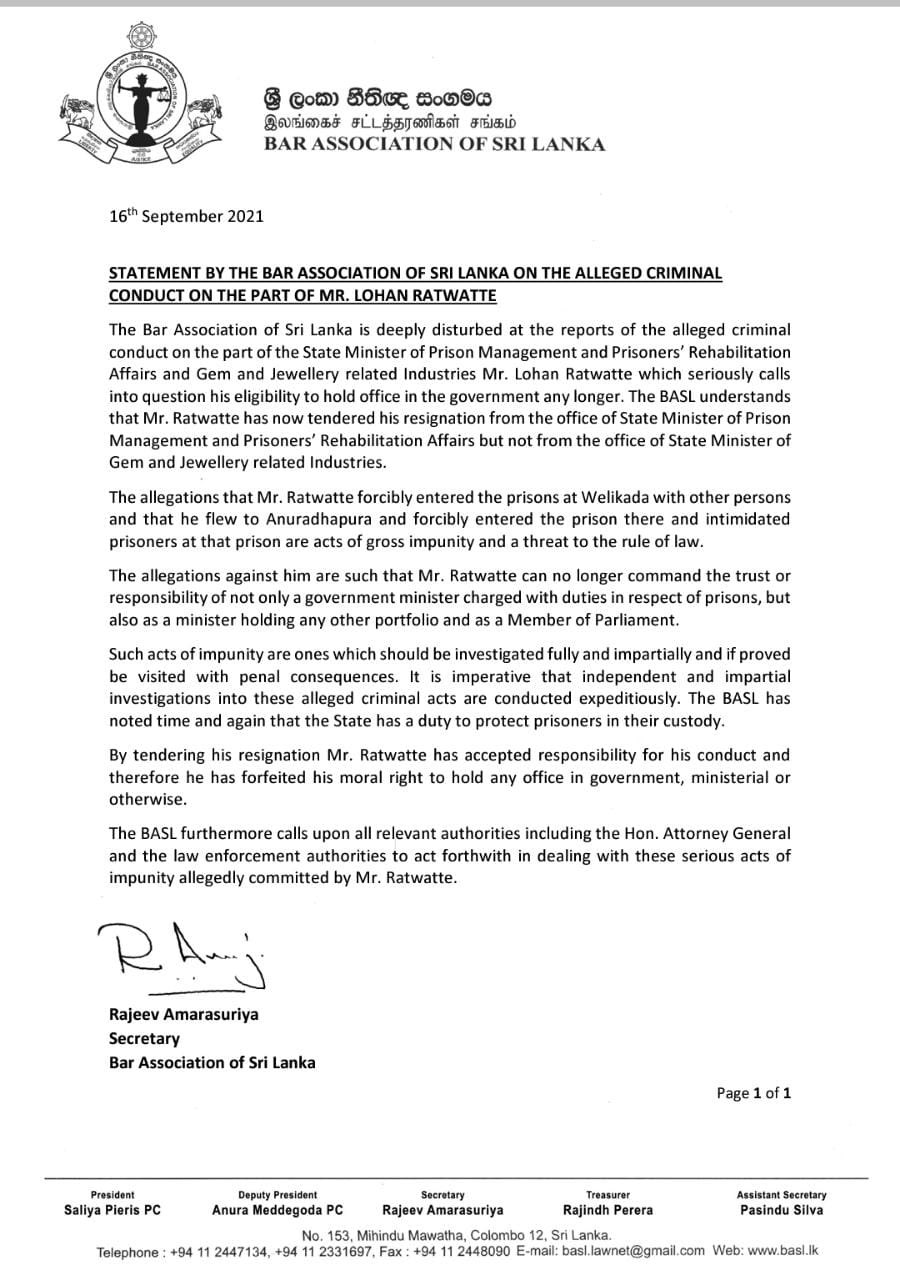