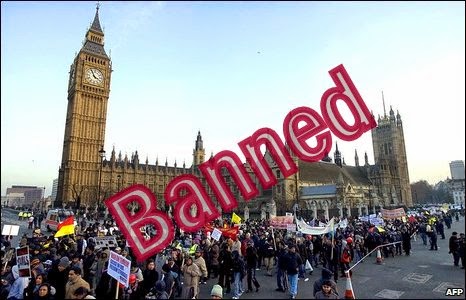 09. National Council Of Canadian Tamils a.k.a NCCT a.k.a Makkal Avai

According to authoritative sources the organizations listed as suspected terrorist entities functioning on foreign soil fall under four broad categories reportedly under the overall control of four key individuals.
They are the organization/s under-
1. Perinbanayagam Sivaparan alias “Nediyavan”;

Explaing further the rationale behind such proscription at this juncture, informed sources stated that the fundamental objective was to appraise foreign countries, particularly Western nations of how LTTE fronts existing amidst members of the Tamil Diaspora resident on their soil were now financing the revival of LTTE activity in Sri Lanka.
The Government is concerned about the recent attempt to revive the LTTE in Sri Lanka. All evidence unearthed so far indicate that funds, support and assistance from LTTE front organizations are primarily responsible for the attempted tiger renaissance in Sri Lanka.
Since the UN resolution 1373 expects countries to assist one another to combat terrorism, Sri Lanka will request the host countries to investigate the activities of such organizations and key members on their soil and take appropriate action.
Sri Lanka will provide particulars about such key activists as authorities in Sri Lanka are in possession of the entire data base of former LTTE senior leader Veerakathy Manivannan alias Castro who was in charge of the LTTE international secretariat which directed and coordinated overseas LTTE activity until early 2009.
Castro simply abandoned his office in Pudukudiyiruppu and escaped when the Sri Lankan armed forces advanced thereby letting the data base with particulars of overseas LTTE activity fall easily into the lap of the security forces.
The Government is also likely to obtain cooperation from these Western countries to proclaim LTTE activists abroad as offenders” listed as Wanted or to be watched through related INTERPOL notices.
Speaking further authoritative sources said that as a result of the proscription coming into force Sri Lankan nationals in the Island will be forbidden to maintain contact or links with members of the proscribed organizations. This would prevent Sri Lankan political parties and leaders from obtaining funds from such entities for undertakings in Sri Lanka. This move is likely to affect several members of Tamil political parties in Sri Lanka.
This would also forbid Sri Lankan politicians and Non –Governmental Organization (NGO) activists being in contact with representatives of such entities either in Sri Lanka or during trips abroad.
Sections of the media in Sri Lanka giving wide coverage to statements and interviews given by officials of such organizations will also be restricted from doing so.
Furthermore, the proscription will also render members of these proscribed entities liable for arrest under the Prevention of Terrorism Act(PTA) if and when apprehended while visiting Sri Lanka.
It is learnt that extensive dossiers of key individuals from these proscribed organizations and their activities abroad would be provided to the respective countries concerned in due course.
Sri Lankan authorities are expected to strictly enforce provisions of the proscription under UN resolution 1373 after the Sinhala –Tamil New Year in April this year.