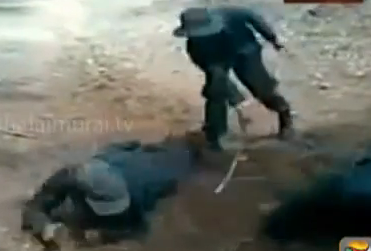 “The military says a new video leaked and circulating on YouTube showing some soldiers harassing a group of female recruits is authentic, and promised strict action against them,” the Colombo Gazette reports while quoting the Army spokesman today. Army spokesman, Brigadier Ruwan Wanigasooriya said that Army Commander Daya Ratnayake had ordered an investigation into the video after it first surfaced earlier this month. The investigation carried out by the Sri Lanka Army Corps of Military Police had revealed that the video in question is an authentic one, the army spokesman said.
He said the incident depicted in the video had taken place in October 2012 at a camp in Anuradhapura where some female recruits were being trained.
“According to a preliminary report the instructors have punished the recruits for an act in violation of military discipline. However, the method adopted is not in accordance with standard procedures prescribed for such corrective punitive actions. It has been found that the individuals who carried out this excessive action had over stepped their mandate and acted in their own volition. Being disciplined organizations the Armies all over the world have standing procedures when it comes to disciplining the soldiers especially during formative period of initial training. Such actions are designed as corrective measures and have to be authorized by appropriate authorities. In this instance no such authorization had been obtained. Further, the punitive methods employed by the instructors were not in line with prescribed procedures,” the army spokesman said.
He said that considering these observations the Commander of the Army has ordered the authorities to follow up on this case and take strict disciplinary action against all those who had violated the military code of conduct.
He has further reiterated that there would be zero tolerance for conduct prejudicial to good order and military discipline throughout the Army. (Colombo Gazette)