Sri Lanka: An award winning writer charged under ICCPR for publishing a story of sex abuse 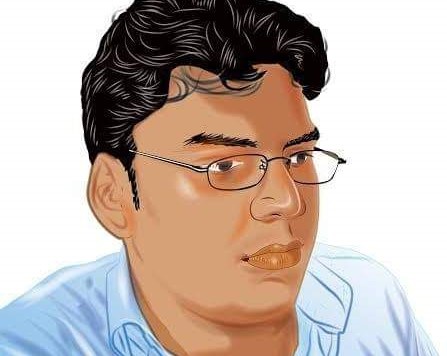 Shakthika Sathkumara, a award winning  writer, has been arrested by the police  and charged under ICCPR for insulting Buddhism and remanded for 19 days on 1st of April 2019. Shakthika Sathkumara has won several awards for his short stories and has published 5 books. The short stroy in question is called “arda” (Half) was published on the Facebook.

Sathkumara was arrested  upon a complaint made by Buddhist monk in the Polgahawela area, produced before the the Polgaawela Magistrate  and  remanded.

The monk who made the complaint is a leading figure of the Buddhist Information Centre, which has requested IGP to ban his up coming short story book under the ICCPR.

Number of Sri Lankan rights activists have expressed their concern over the use of ICCPR by the police in this case.

Buddhist Information Centre writes to IGP demanding a censorship order under ICCPR to stop a short story collection by Shathika Sathkumara, award winning writer who has been arrested on complaint by ED of this organisation, a monk. A real threat to FOE in #SriLanka pic.twitter.com/7oYJU3Py3g

…”More importantly, hate speech is different from offensive speech, and the two should not be conflated. Indeed, the right to FOE extends to unpopular ideas and statements that may “shock, offend or disturb.”/1

Good grief, it was not long ago that some of us opposed a proposal for a new law on hate speech on the basis that #lka already has a perfectly good law- the then little known ICCPR Act. And now, that very law is being cited to destroy #freespeech. The prob is deeper than the law. https://t.co/bSBTlsyOL6

Agree with this thread. But the #lka ICCPR Act is based on the exact words of article 20(2) of the ICCPR. This incident depicts the actual risks associated with even international norms on #FreeSpeech. It's not the international legal text that matters, it's the application. 1/ https://t.co/xCrOgKKzeZ