Sri Lanka: Against Nonsense on Reconciliation 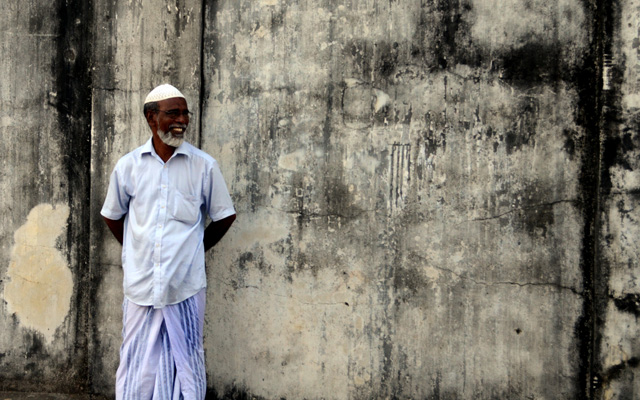 The Jaffna University beating up of Sinhalese University students by their Tamil counterparts sent what has been appropriately called “shock waves” throughout the country. True our University students have been notoriously prone to violence and there have been such incidents before. But the ethnic dimension of what had happened could not be ignored: it happened because of the introduction of a Kandyan dance item into what had traditionally been a purely Tamil ceremony, and it was obviously seen therefore as a further instance of a relentless process of “Sinhalisation” of what was traditionally Tamil geographical space, this time at the very heart of the Tamil homeland, Jaffna. The inclusion of the Kandyan dance item could therefore be seen as essentially exemplifying the Sinhalese triumphalist drive after 2009, and the violent Tamil students’ reaction could be seen by the Sinhalese side as possibly portending a renewal of Tamil militancy.

The ethnic dimension of what had happened was blatant and obtrusive. But – strange as it may seem – the Government chose to ignore it. Initially the Government TV channel ignored the clash altogether in its news coverage, and Government spokesmen denied that there was any ethnic dimension to it at all. One of them cited as evidence the fact that the Sinhalese students at Jaffna University found lodgings in Tamil homes! I was reminded of the exasperation I used to feel over reactions to many articles I wrote on the anti- Muslim riots between 1976 and 2002: both at the Government and media level it was denied, adamantly denied, that there was any ethnic dimension to those riots. It is a welcome fact that we have come a long way since then. The Government has been forced to acknowledge the ethnic dimension; the media has been publicizing inter-ethnic clashes that have taken place earlier at other Universities; the civil society has faulted the Government over not being sincere about ethnic reconciliation; and the Government seems to be showing a new earnestness about getting to grips with the problem of reconciliation.

However, that new earnestness may turn out to be not much more than rhetoric. The reason for that arises out of certain facts about the Sri Lankan state. It has been in practice a racist Sinhalese state, not properly a Sri Lankan nation state. That was why our earlier Governments would not recognise the ethnic dimension of those anti-Muslim riots, and that is why the present Government initially blacked out news about the Jaffna University clash and then denied that it had an ethnic dimension to it. It is in the nature of the racist state to ignore the ethnic dimension of problems as long as it does not threaten Sinhalese dominance. But an active civil society – the emergence of which is a fact of enormous significance in Sri Lanka – is making the Government to really face up to the problem of ethnic reconciliation. We can assume also that the quarter century ethnic war is a factor favouring the evolution of the Sinhalese racist state into an inclusive nation-state.

But – in deciding whether the Government will really get to grips with the problem of ethnic reconciliation – we must take count of another important fact as well. The Sri Lankan state has been not only a racist Sinhalese state; it has also been fiercely resistant to some crucial aspects of modernity: notably it has been fiercely resistant to the achievement orientation that is at the centre of modernity.

The patronage system that became spectacular after 1956, together with its concomitant of utter contempt for the merit principle, has become deeply ingrained in our political culture. That was shown recently when Minister Lakshman Kiriella unabashedly divulged that many lucky fellows have been appointed Consultants without having any of the appropriate qualifications because of the services rendered by them at the last elections. We must add that all of them are hugely remunerated at the expense of the Sri Lankan people, more than half of whom are struggling to make ends meet more than ever before in their lives. We have to expect that the Sri Lankan state, racist as it is and backward in its political culture, will be incompetent, more particularly when it enters uncharted territory as in the case of the problem of ethnic reconciliation. That has been clearly shown by the fact that several Ministries and institutions are engaged over that problem, without effective co-ordination, and that a Special Task Force appointed for that purpose is really non-existent. So the new earnestness shown by the Government over ethnic reconciliation could turn out to be not much more than windy rhetoric.

We must now do some rethinking about what is required to promote ethnic reconciliation. I would point to three essentials without which ethnic reconciliation can never get going. The first is a political solution which will enable fair and equal treatment for the Tamils, the prerequisite without which there will never grow the relations of mutual trust and reciprocity that will lead to ethnic reconciliation. No one really seems to know the state of negotiations between the Government and the TNA on the implementation of 13 A. There are Tamils who believe that an understanding has been reached about the full implementation of 13 A. But, as practically everyone knows, the problem is not to reach understanding at an elite political level. The crucial problem is to make it acceptable to the Sinhalese masses who seem to have a deep ineradicable allergy to devolution on an ethnic basis. We wonder what the Government has to say about that.

My two other essentials arise out of the recognition of the fact that the South African model of truth and reconciliation is irrelevant, totally and utterly irrelevant, to the problem of reconciliation in Sri Lanka. There the apartheidists acknowledged that they had been in the wrong, were contrite, and were ready for reconciliation, and on the African side there was Mandela who could promote reconciliation. Here neither side will acknowledge that it has ever been in the wrong, insisting that the other side has always been in the wrong, and the political culture will not allow anyone of the moral stature of Mandela to emerge as leader. The South African case is relevant to Sri Lanka only to the extent that it provides an excuse for our political and other bigwigs to travel to that country, ostensibly to study the reconciliation process going on there.

Let the Tamil side acknowledge that they spurned every opportunity to reach out to a political solution and that they made a farce of the peace process. Let them acknowledge the genocidal horror of the expulsion of 80,000 Muslims from the North, at a few hours notice and with not much more than the clothes on their backs. Let them acknowledge the horror of not just using child soldiers but of kidnapping children for that purpose. Let them acknowledge the utter inhumanity of using 330,000 Tamils as human shields at the final stage of the war. But, above all, let both sides, the Sinhalese and the Tamils, get together to confront their common enemy, the politically backward and racist Sinhalese state, and pressurise it to move meaningfully towards ethnic reconciliation.