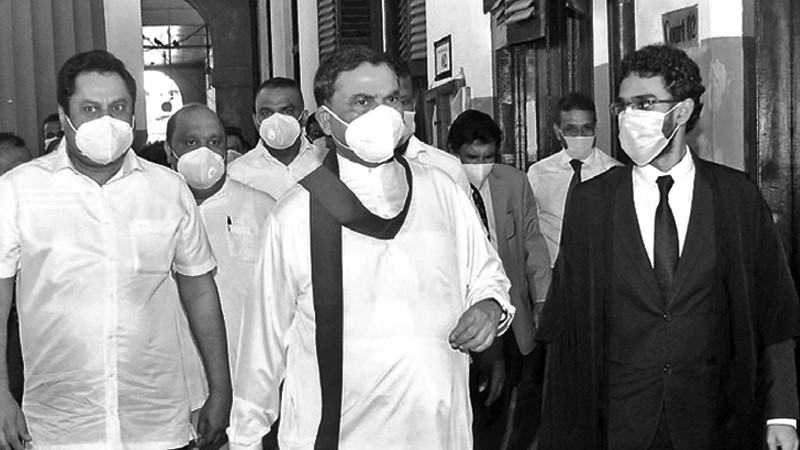 Deputy Solicitor General Asad Navavi appearing for the Attorney General sought Court permission to withdraw the indictment in accordance with section 194(3) of the Code of Criminal Procedure Act.

The Deputy Solicitor General submitted to court that two accused had been acquitted and released from another Divi Neguma case where the facts of that case are very similar to this case. He said defence counsel have brought this issue to the notice of the Attorney General. He further said the Attorney General has no intention to proceed with the indictments and thereby moved to withdraw the indictments.

Taking into consideration the facts, the High Court ordered to release two accused from the GI pipes case.