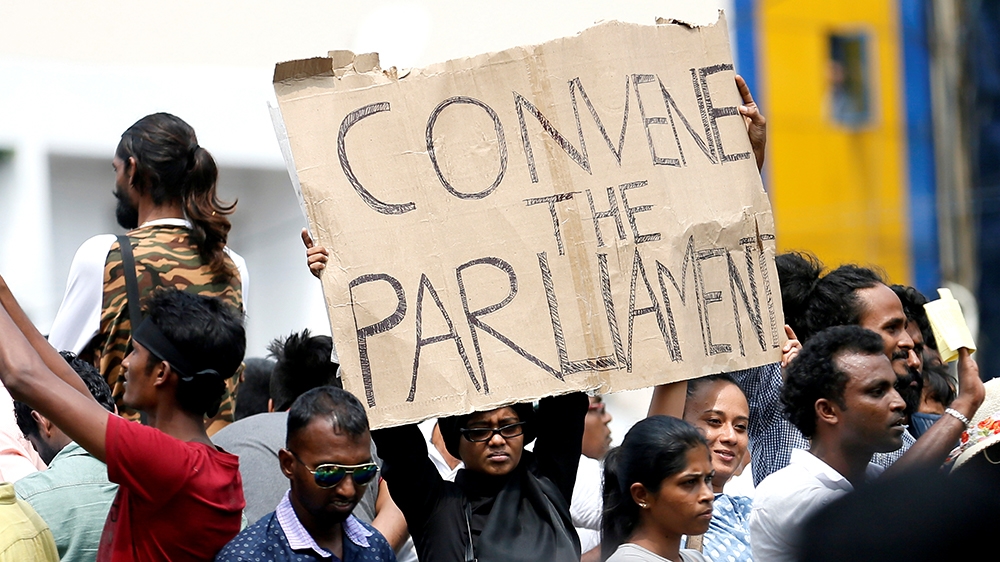 ECONOMYNEXT – Sri Lanka’s Attorney-General refusing to respond to Speaker Karu Jayasuriya’s query about the legality of Prime Minister Ranil Wickremesinghe’s sacking is seen by legal observers as the clearest sign that he does not consider it constitutional.

In a widely expected move, the Attorney General Jayantha Jayasuriya told the Speaker that he will not give an opinion on who is the legitimate prime minister.

“I have considered the questions set out in your aforesaid letter,” AG Jayasuriya said in his letter released to the media. “Having regard to the role of the Attorney general under the constitution, I am of the view that expressing an opinion on the said questions would be deemed inappropriate.”

The AG’s letter written is legalese and in English it means he can’t offer an opinion that contradicts the position taken by his boss, the President of the republic. Besides, in future litigation, the AG will be compelled to represent the president. The AG’s letter is a major victory for Wickremesinghe and should bolster his campaign to get the parliament suspension lifted soon, legal observers say.

After last weekend’s tumultuous events in Colombo, the AG’s staff were preparing a response to the Speaker even before AG Jayasuriya returned to the island from a trip overseas.

After poring extensively over constitutional provisions, case law and parliamentary proceedings setting up the unity government, the department was unable to come up with a constitutional justification for the President’s action.

The AG’s department was in a predicament. By statute, they are expected to defend the actions of the president and appear in court on behalf of the state, therefore the department could not issue an opinion trashing the president in public.

“By not responding to the Speaker’s query, the department is signalling that it does not agree with the president’s stand,” one legal observer said. “If they supported the actions of the president, there would have been no problem in issuing a statement straight away.”

It is understood that the AG decided not to make his stand known because, eventually, he would be expected to defend the President’s position however much he disagreed with it.

Besides, the AG’s department was not consulted by the president before sacking Wickremesinghe, although the president repeatedly declared that his actions followed consultations with unspecified legal experts.

While AG Jayasuriya was away, Acting AG Dappula de Livera responded to a query from the Speaker, according to Mahinda Samarasinghe who disclosed the fact at a press conference on Tuesday.

The Speaker had asked the AG about the constitutionality of the controversial actions already taken by the President.  De Livera sidestepped the issue. His response was a brief e-mail referring to the fait accompli  — the sacking of Wickremesinghe and the appointment of Mahinda Rajapaksa through two gazette notifications.

He did not give an opinion, but merely pointed to Article 48 (1) of the constitution which discusses the only three circumstances under which a new Prime Minister could be appointed – i.e. when the incumbent resigns, dies or ceases to be a member of parliament.

The circumstances of removing Ranil Wickremesinghe did not fall within any of the situations envisaged by Article 48 (1). (COLOMBO, October 31, 2018 – Updated with AG’s letter)