Sri Lanka: 10 Political mistakes that shouldn’t have been committed during the pandemic. – Sunanda Deshapriya 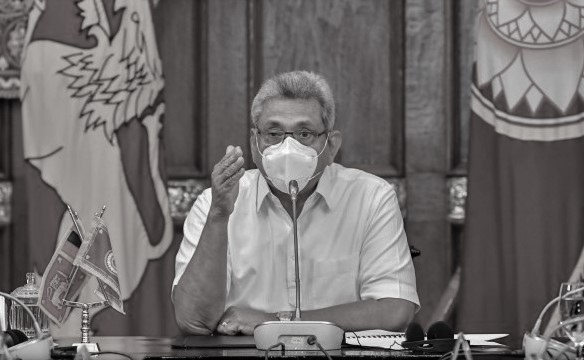 President Rajapaksa dissolved the Parliament on 2nd March 2020– six months before the due date, amidst the growing danger of COVID-19 pandemic. By this time, the uncertainty relating to the possibility of holding elections during the outbreak had already surfaced. However, the President chose to disregard the looming threat and called an election without consulting any other party. This was the first in a series of mistakes committed during the pandemic.

Even after dissolving the Parliament, once it was comprehended that the danger of the epidemic was now becoming the reality, all parties represented in the Parliament could have been brought together to formulate a joint approach to respond to the impending threat. This would have enabled a broader program for everyone to come together to tackle the pandemic by leaving aside narrow political objectives. A good political leader does not limit themselves to their own circle. But President Rajapaksa failed to adopt a collaborative approach. This was his second mistake.

When the pandemic began to spread in Sri Lanka, instead of establishing necessary legal mechanisms and instruments to deal with it, the President decided to take action that lacked a clear legal basis. He imposed an unconstitutional “police curfew” to shut down the country while the Parliament remained dissolved, making it impossible to establish constitutional mechanisms. The “curfew” was made public by the Presidential Media Unit rather than by a Gazette notification. Nearly 50, 000 citizens and more than 10,000 vehicles have been taken into custody under this illegal “police curfew”. This is a dangerous precedent and the President’s third mistake during the pandemic.

The President placed the response to the pandemic under the Army Commander-in-Chief, rather than the leading health officials. This is something that has not been done in any other democratic country. In the past, the Army has been called to assist in situations of natural disasters such as floods and landslides as well as after the tsunami. However, these rescue and rehabilitation operations were led by properly established civilian administrative mechanisms. Because the war mentality- the urge to defeat the enemy, took priority over an approach to ensure the safety and health of the public, nearly 400 Navy officers became infected with COVID-19. This was the President’s fourth mistake.

In the early days of the outbreak, the President’s close associates attempted to blame the Muslims for the pandemic, assuming that the majority of COVID-19 cases were reported among Muslims.

The Commander of the Army, Minister Aluthgamage, as well as their propagandist Chatura Alwis, publicly propagated this myth, leading to racial discrimination. President Rajapaksa remained silent. His followers would have believed that his silence justified the ethnic stigmatisation of the pandemic. The President should have condemned the attempts at blaming the pandemic on Muslims, but he failed to do this. This is his fifth error.

The Acting Deputy Director of the State Intelligence Service declared the pandemic response is under the complete control of State Intelligence Service. He publicly stated that COVID-19 patients and their associates were traced through his informants. He also mentioned that apart from Sri Lanka, Israel is the only country that has taken to controlling the pandemic using state intelligence. Israel is a racist police state with its entire population under surveillance. Even the United Nations condemned Israel’s mistreatment of Palestinian people during the COVID-19 outbreak. Entrusting the intelligence services to follow such an example to take over a public health crisis is the sixth mistake made by President Rajapaksa.

After the outbreak, President Rajapaksa addressed the nation and made a serious statement that canned fish and dhal (lentils) would be given at subsided prices during the pandemic. But he did not provide financial assistance to cover the loss faced by the retailers due to the reduction of prices.

Cheap canned fish and dhal soon disappeared off the shelves and the President had to get rid of the price control. The poor consumer supply management exemplified in this case was seen in all other areas. The failure to keep pharmacies and essential stores open, or to establish a systematic program to make essential goods available during the lockdown, was the seventh mistake of the President.

An unprecedented economic and social crisis occurred when the country was shut down to respond to the pandemic. Millions of Sri Lankan citizens living on daily wages lost their livelihoods. People found it challenging to obtain essential goods. As two task forces established to deal with the pandemic failed, a third presidential task force was created. Basil Rajapaksa, a brother of the President and the national organizer of Sri Lanka Podujana Peramuna (SLPP)- a party contesting at the general election, was appointed as the head of this all-powerful task force. This appointment is a dangerously partisan move that will undermine the possibility of a free and fair election. Instead of appointing an independent senior government civil servant to lead this task force, appointing an official of a political party official is the ninth mistake of the President.

The Elections Commission has announced in a Gazette notification that the Parliamentary Elections will be held on 20th June 2020. Various parties have expressed that this has threatened the country with a constitutional crisis. This is due to the uncertainty whether the Gazette notification issued by the Election Commission has invalidated the Gazette notification issued by the President to dissolve Parliament on 02nd March 2020. According to the Gazette notification of the President, the next Parliament was to be convened on the 14th of May. However, now, the election is scheduled for a later date. In terms of Article 70 (5) of the Constitution, the Parliament which is elected after its dissolution shall meet on a date not later than three months. Accordingly, the Parliament must meet by 02nd June– that is before the lapse of three months after its dissolution. As per the decision of the Election Commission, the election date proceeds the date by which the Parliament should meet. In this case, Article 70 (5) of the Constitution will be violated. In this context, the country faces the threat of a constitutional crisis amidst the COVID-19 pandemic. The best course of action for the President would have been to bring all his actions, including the “police curfew”, under a constitutional and legal framework. Evading such a course of action is his tenth error during the pandemic.

Perhaps this tenth mistake is the first omen of his presidency.

( This article was first published in Ravaya weekly in Sinhala)