Speak to us, not to the cowards of Sri Lanka Government, Sarath Weerasekara tells Rights Commissioner 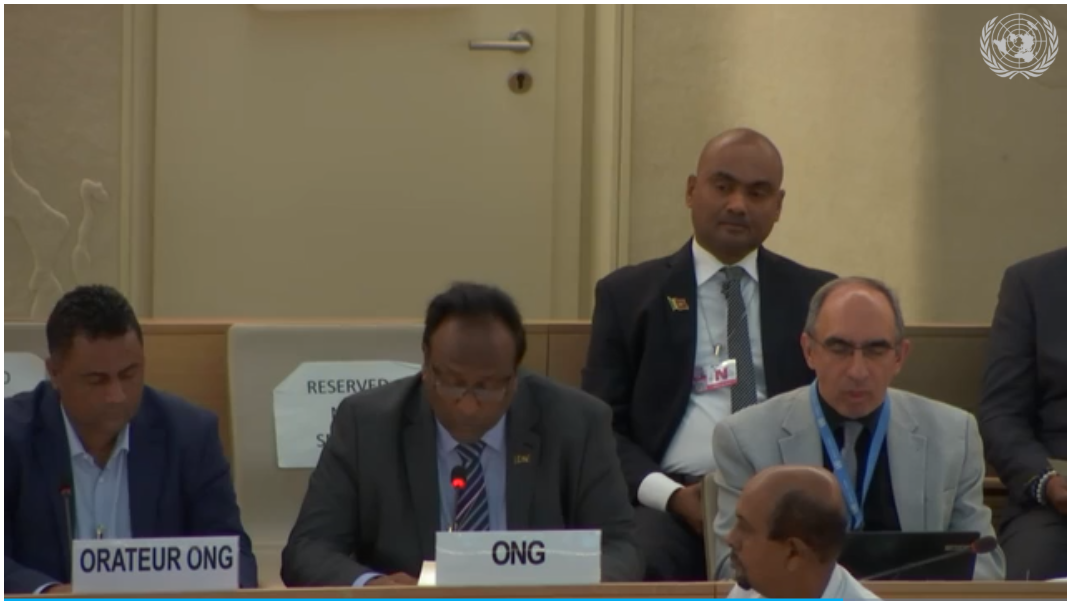 Making an intervention under the agenda  item 6 of the  on going 39th session of the Human Rights Council, former Rear Admiral of Sri Lanka Navy, Saratha Weerasekara asked Rights Commissioner Michelle Bachelet not to speak to the cowards of this Government but to speak to them.

In his speech he also criticized the Sri Lanka’s independent Human Rights Commission too saying that its chairperson  “is biased, her conduct boosts the morale of the LTTE diaspora.”

Transcript of his full speech follows:

Regarding Sri Lanka, the UPRs appear to be of a vengeful nature against the forces that defeated LTTE. Instead of punishing the terrorists as a deterrent, the very soldiers who fought them are targeted.

Men including a Senior Army General and a Senior Police Officer who headed the CID – are denied visas to enter western countries. No war crimes or any criminal charges against them – but penalised for protecting the motherland.

The only crime they have committed was fighting the terror – isn’t it hilarious or contempt towards the men who brought peace to the country are denied peace-keeping by the UN. The Head of the SL HRC is biased, her conduct boosts the morale of the LTTE diaspora.

The UK and USA men fighting terrorism are not treated like us. Aren’t you violating the principle of impartiality? Aren’t you insulting our sovereignty which your mandate obliges you to respect?

Mme Michele, you said that you always listens to the government concerned. But no point in talking to my government who came to power with the help of the US and pro-LTTE diaspora, promising to divide the country.

Will you co-sponsor a resolution against your own country – No! But our government did.

So you must speak to us who condemned that act – and not to the cowards of this Government.