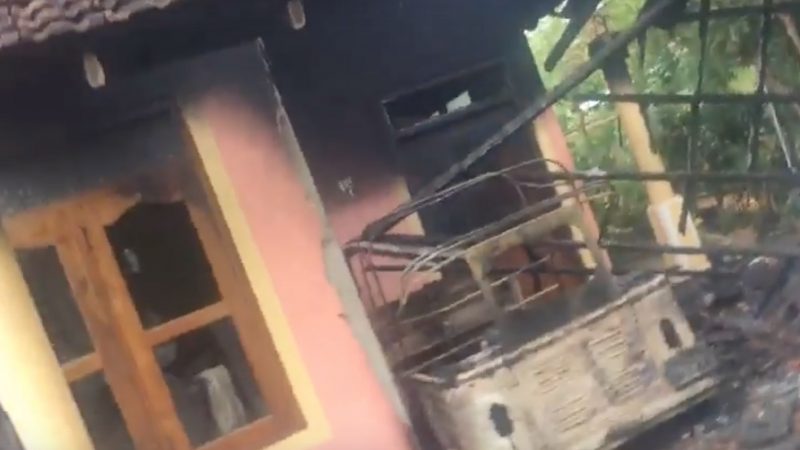 Image: Screenshot allegedly showing the house of a Sri Lankan Muslim damaged by a mob attack by Sri Lankan Buddhists. Video by Haroon Ali via YouTube.

Tensions between Sinhalese Buddhists and members of the minority Muslim community in southern Sri Lanka have escalated in recent days. Police say this is thanks in part to the spread of false information on social media.

Clashes in the coastal town of Gintota, in Galle state, reportedly began after a Muslim child was knocked down by a Sinhalese motorcyclist on 13 November 2017, for which he paid compensation to the victim to settle the matter. On 16 November 2017, a group of Sinhalese young people assaulted two Muslim motorbike riders, citing the 13 November incident. One of the riders ended up in the hospital for his injuries.

Reacting to that incident, a group sympathetic to the Muslim rider attacked two houses belonging to Sinhalese people, resulting in one Sinhalese man was hospitalized. The police made several arrests that day apprehending the persons responsible for triggering violence.

At 4.17 p.m. on Friday, an individual called Uchitha Arunodha Gunasekera posted a note on his Facebook page calling for everyone in the Galle area “to gather at the Thuparamaya temple in Gintota against Muslims.” The violent attack was discussed and prepared at the temple.

Then on 17 November 2017 night, a small mosque and several houses belonging to Muslims in Gintota were attacked by Sinhalese mobs. 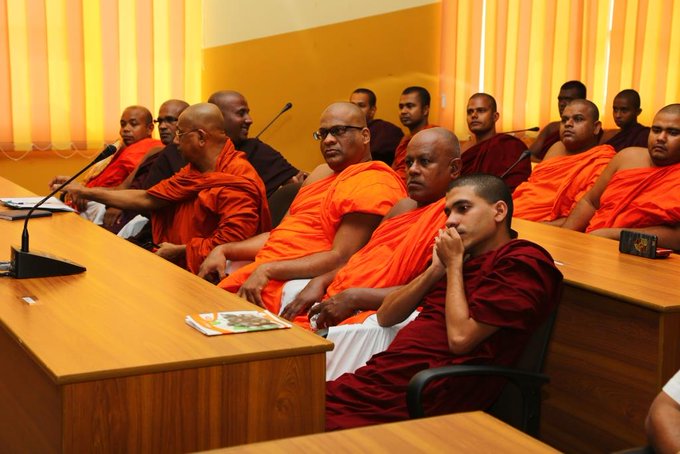 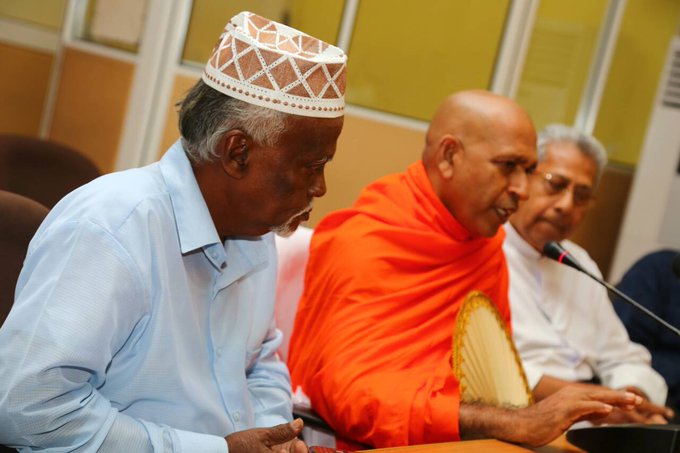 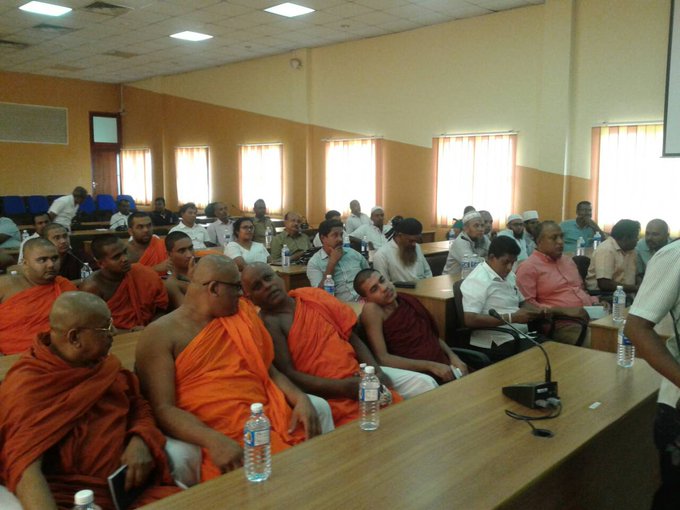 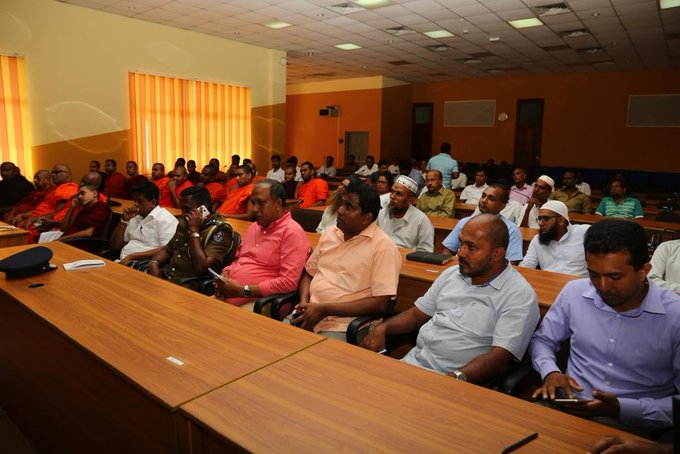 Since then, several people have been injured and multiple vehicles (owned mostly by Muslims) have been destroyed. At least 62 homes and businesses were attacked in the Gintota area.

Special Task Force (STF) police officers have been deployed to the area and have imposed a night curfew as a security measure to prevent further violence. Nineteen people, 16 Sinhalese and three Muslims, have been arrested. 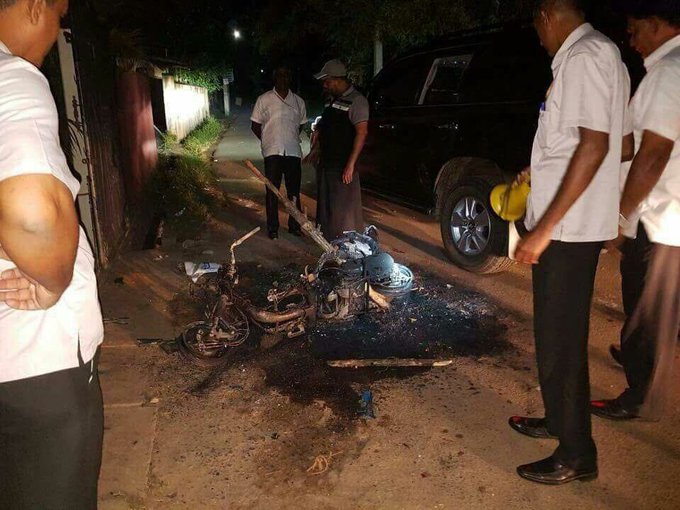 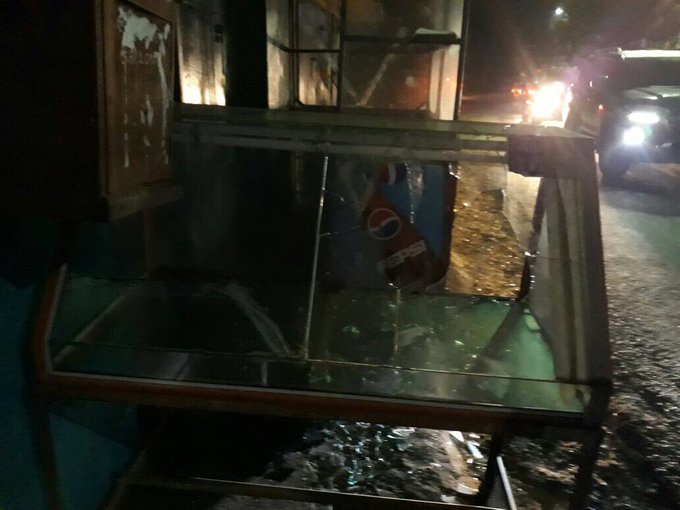 19 arrested over last night violence in Ginthota Galle, Situation calm now, Police curfew expected to be withdrawn at 9 am – Police

The Muslim minority has been targeted with violence before

Unfounded rumors on social media have caused the situation to escalate even further, police say. In particular, they have pointed messages claiming that Muslims were planning to attack a Buddhist temple. The police have also said that they are investigating into persons who had published false or inflammatory reports on the incident and that they would be arrested for it.

Muslims make up roughly 10 percent of Sri Lanka’s population of about 21 million, while 70% adhere to Buddhism (mostly of the Theravada school) and most others to Hindu traditions. Ethnically, 75% are Sinhalese, about 10% are Sri Lankan Moors (who are Muslims and speak Tamil) and almost 15% are Tamils (Sri Lankan and Indians).

Tensions have risen between the two communities this year, with sporadic incidents of Buddhist hardliners targeting the Muslim community with accusations of forcing people to convert to Islam and vandalizing Buddhist archaeological sites. More than 20 attacks on Muslims, including arson at Muslim-owned businesses and petrol-bomb attacks on mosques, have been recorded since April 2017.

Following the latest violence, some were left questioning if the government response was sufficient: 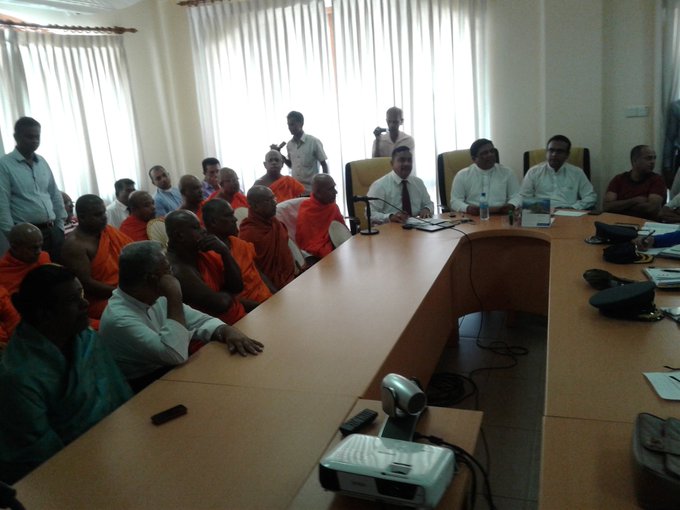 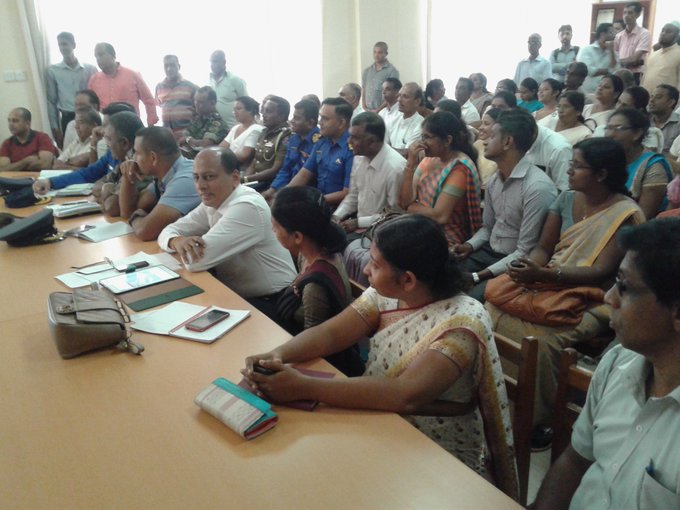 Who ordered to withdraw STF personnel from #Gintota within hours after Thursday night clashes? And why? Responding to Minister Vajira Abeywardene, DIG #Galle says he has no such powers. “May be an order from above” #SriLanka

Still i didnt got how they are?
Well planned from yesterday there was several forces in #ginthota#galle.but once the group landed and started distroying houses and fight,no any forces at there.dont know weather they took some break time#shame #SriLanka @RW_UNP @MaithripalaS

Disgusted with the way how govt is responding to a conflict. Never felt this insecure in my home town ever before #ginthota#gintotariots #saynotoracisim #motherland #srilanka

Law and Order Minister Sagala Ratnayaka vowed to take action against rumor mongers: “Some political groups are now on a desperate mission to turn this minor brawl into a Sinhala-Muslim clash,” he said.

But not all social media messages about the clashes are unfounded. This cartoon by Cartoon Lanka argues that mainstream media in Sri Lanka are ignoring a very real conflict at hand: 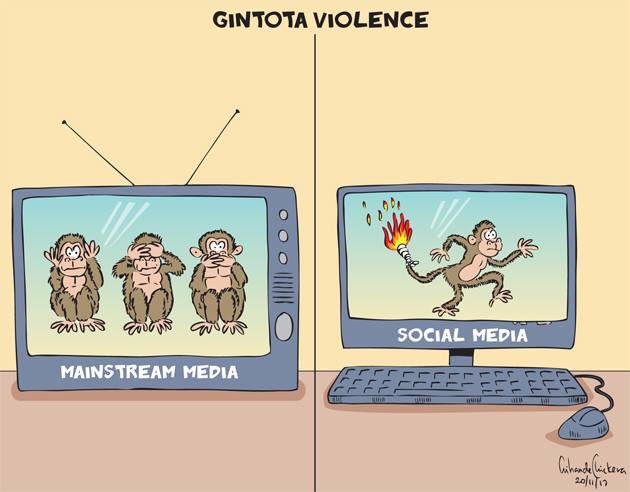 How Mainstream Media and Social Media reacted on #GintotaIssue!

Misinformation nevertheless has been a persistent problem in Sri Lanka. A July editorial by Global Voices partner Groundviews recalled past examples of incitements against minorities and highlighted the activities of the Buddhist hardliner group Bodhu Bala Sena:

When this group first became active, they spread hate messages, mainly through Facebook, claiming, for example, that popular Muslim-owned shop No Limit was giving out toffees which, when consumed, would render Sinhalese mothers infertile. These rumors persist even today.

The editorial noted that:

Sri Lankans tend to digest media uncritically and unquestioningly. This will have to change in order to stop misinformation from spreading – and this can be done through spreading awareness – whether through short videos, articles on how to spot fake news or training