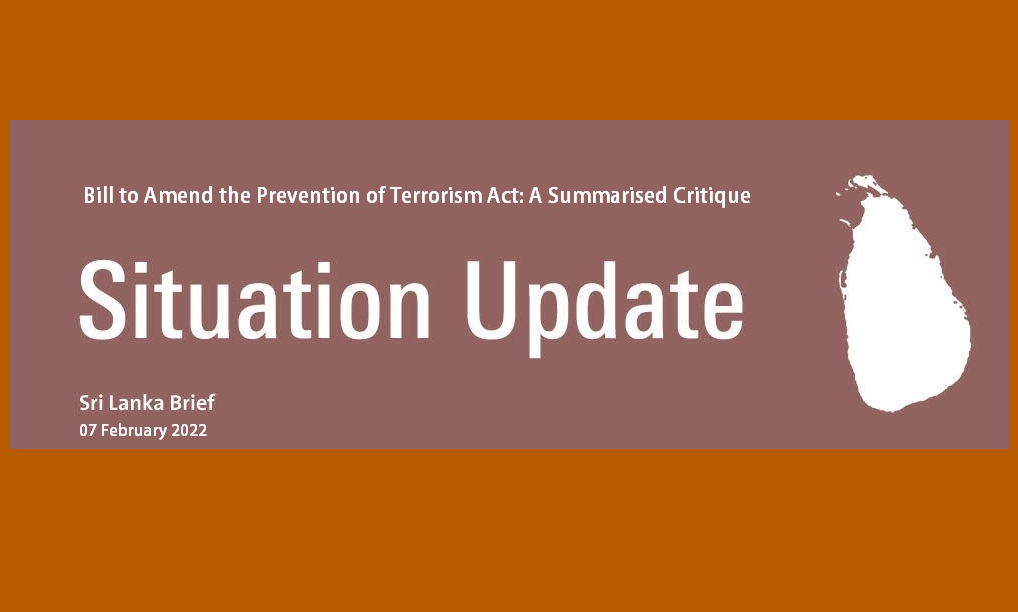 Bill to Amend the Prevention of Terrorism Act (PTA): A Summarised Critique

UN experts called for information of how the planned or in process amendments will comply with international obligations, including the benchmarks highlighted in this communication, specifically ensuring that any amendments:

a)Employ definitions of terrorism that comply with international norms;
b) Ensure precision and legal certainty, especially when legislation may impact the rights of freedom of expression, opinion, association and religion or belief;
c) Institute provisions and measures to prevent and halt arbitrary deprivation of liberty;
d) Ensure preventive measures are in place to prevent torture and enforced disappearance and adhere to their absolute prohibition; and
e) Enable overarching due process and fair trial guarantees, including judicial oversight and access to legal counsel

Number of critical assessments made by concerned citizens and institutions shows that none of these quires have been addressed by the amending Bill.

6.The proposed amendments also fail to deal with Section 16 of the PTA relating to the admissibility of “confessions”, in direct contravention of ordinary rules of evidence as it shifts the burden of proof of coercion on to the accused. (ICJ)  These statements at times recorded by Magistrates and more often by police officers above the rank of Assistant Superintendent of Police (ASPs) take place while the physical security of the suspects remains under the exclusive control of the police. Suspects remain in State control, both before as well as after the statements are recorded, when suspects are under total fear of reprisals if statements are not given in the manner tailor-made by the police. (M.M. Zuhair.PC)