Single dose of AstraZeneca vaccine half as effective as double dose against B.1.617.2 UK variant 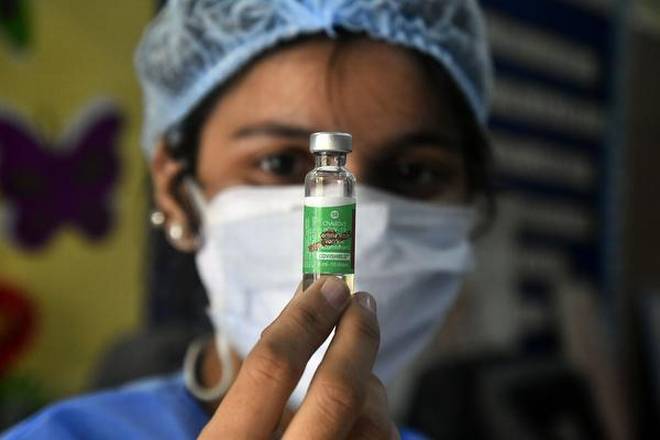 The finding is significant for India, relying heavily on Covishield, with B.1.617.2 becoming the dominant variant

A single dose of the AstraZeneca vaccine, in the United Kingdom, was only 33% effective in protecting against symptomatic COVID-19 coronavirus involving the B.1.617.2 variant, first identified in India, as compared to a 59% efficacy from two doses of the vaccine, a study by scientists at Public Health England (PHE) and multiple institutions in the United Kingdom has found.

The finding is significant for India, which is not only heavily reliant on Covishield — the AstraZeneca vaccine — or about 90% of vaccination but also because the scientists who analyse genome variants in India report that the B.1.617.2 variant is increasingly becoming the dominant variant in India. The variant has multiple mutations on the spike protein region, a portion on the coronavirus that helps it to infiltrate the human body. Laboratory studies in India testing the potency of Covishield and Covaxin have shown that fewer antibodies are produced against the B.1.617 variant (related to the 617.2) though the numbers are sizeable to trigger immunity. No similar studies, however have been publicly reported on the B.1.617.2 variant.

Anurag Agrawal, Director, Council of Scientific and Industrial Research (CSIR)-Institute of Genomics and Integrative Biology said that while the dominance of the 617.2 strain was concerning and required investigation to improve future versions of available vaccines, the study’s import for India was that all the groups at greatest risk — healthcare workers, frontline workers and those over 60 years — must be given two shots.

“The Centre’s current guidelines are to continue masking up even after getting vaccinated. These numbers from the PHE only reinforce that. The vaccines’ protection against severe disease continues to be fairly high and so after two doses to those most at risk, we should ensure a single dose for as many as possible,” he told The Hindu. India, while posting over 350,000 new cases a day battles a vaccine shortage with demand exceeding supply across age groups and some increase in supply expected only around August.

Health authorities in the U.K. have been reporting a rise in infections involving the 617.2 strain. Two vaccines predominantly — the Pfizer (BNT162b2) mRNA vaccine and the AstraZeneca vaccine — are being administered in the country, and from increasing the length between doses, from the original 4 weeks to 12 weeks, the U.K. has now reduced the gap between doses — to four weeks — for those above 60 years, given the rise in cases fuelled by the India variant. Before the second wave hit India, the policy here was to administer doses 4-6 weeks apart and has now — for Covishield — been extended to a 12-16 week interval.

The latest U.K. study sought to analyse if being infected with the 617.2 variant of the virus in the vaccinated reduced the vaccines’s effectiveness at protecting against symptomatic disease compared to the B.1.1.7, or the variant first identified in the U.K. The scientists reported that effectiveness (which in vaccine terminology refers to real-world efficacy) was “notably lower” after one dose of vaccine with B.1.617.2 compared to B.1.1.7 cases at 51.1%. One dose of the Pfizer vaccine also saw similar reduction in efficacy when the two variants were compared. However, two doses of the Pfizer vaccines saw effectiveness reduced from 93.4% with B.1.1.7 to 87.9% with B.1.617.2. In the case of AstraZeneca, it was a seven percentage point drop from 66% to 59%.

The analysis included data for all age groups from April 5 to cover the period since the B.1.617.2 variant emerged in the U.K. It included 1,054 people confirmed as having the B.1.617.2 variant through genomic sequencing. The PHE said that the difference in effectiveness between the vaccines after two doses could be explained by the fact that the roll-out of second doses of AstraZeneca was later than for the Pfizer-BioNTech vaccine, and other data on antibody profiles showed that it took longer to reach maximum effectiveness with the AstraZeneca vaccine. Serum Institute of India is yet to publicly release data on the performance of Covishield in India and a publication on results of Phase-3 trials of Covaxin is expected to be made public in June.

“As with other variants, even higher levels of effectiveness are expected against hospitalisation and death. There are currently insufficient cases and follow-up periods to estimate vaccine effectiveness against severe outcomes from the B.1.617.2 variant,” the PHE added.